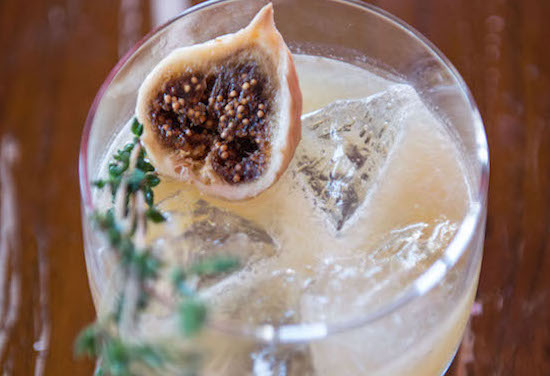 A long-time secret from the culinary toolbox that, in the hands of a bartender, produces more flavoursome, consistent and service-friendly drinks. By Paul Mathew.

Since pioneered by French economist and chef Dr Bruno Goussault in the 1970s, sous vide has grown to become a common cooking method in the food industry. It literally translates as “under vacuum”, and in its purest form should involve a vacuum pump to remove air from the cooking environment before cooking in a circulating water bath (bain marie) at very exact temperatures. These days however, the term is widely used to involve anything sealed in a bag and cooked in a temperature-controlled water bath – technically, it’s “low-temperature cooking” when a vacuum is not applied. This technique, favoured by Goussault, allows for very even cooking (a steak turns out medium-rare throughout) and with no loss of flavour – all aromatics and liquids remain in what you’re cooking, with nothing lost in smoke, steam or diluted by water.

While chefs have been using sous vide techniques for about four decades, it’s only in the last 10-15 years that bartenders have joined the experiment, discovering the huge advantages that these methods can offer. As restaurants sought to catch up with the flourishing bar cocktail scene, bartenders were suddenly given access to expensive kitchen equipment, working with chefs to develop cocktails that would pair with the food. One of these bartending pioneers was Tony Conigliaro, working at Roka in London in 2005. He observed that the same benefits seen by chefs could also be applied to drinks – principally, that flavours could be extracted at much lower temperatures and without any loss of delicate aromatics which remain sealed in the bag, making it ideal for soft fruits, aromatic herbs and flowers, otherwise easily destroyed through heat.

The main benefit lies in the flavour extraction, but there are lots of other positives for the bartender, too. Firstly, with almost no oxygen, there is no oxidation. This means that delicate flavours are also more stable and won’t change over time. In Drinks, Conigliaro gives the recipe for a shiso vermouth: 200ml dry vermouth, 2g fresh shiso leaf, vacuum, bain-marie at 52C for one hour; remove, chill and filter. The same result would be hard to achieve through other techniques as the delicate flavours of the shiso would get lost with too much heat, and the vermouth would oxidise and leave behind bitter tannins. Secondly, with no oxygen there is very little microbial action, so syrups, liqueurs and infusions can be prepared and kept for longer than usual. Similarly, batches of cocktails can be prepared, rested and then refrigerated for very quick, easy service at the bar. Ryan Chetiyawardana of White Lyan and Dandelyan in London is another enthusiastic adopter of the method. Drinks at both of his venues use elements of sous vide prep, for example in the Crimson Waxwork that uses a beeswax-flavoured cognac, bee pollen, vermouth and oak bitters. As Conigliaro points out, though, a lot of trial and error is needed. “I time all my infusions or macerations and meticulously record them in a log book with their corresponding temperatures.” Temperature differences in the water bath can result in significant variance – after all, the difference between a rare and a well-done steak is only 14C. Commercial water baths, with circulating water heaters that are accurate down to 0.1C, are often expensive.

Also pushing the boundaries are The Clumsies in Athens, run by Nikos Bakoulis and Vasilis Kyritsis. “The reason that we are using sous vide technique is that you can perfectly extract the flavours of the spices. For example you can make an allspice syrup with no evaporation. That means that you don’t lose any flavours. You can also control the temperature and the time of your cooking and that helps you to have flavour consistency in your final result.” Curious Bartender by Tristan Stephenson also includes a section on sous vide in his book, where he compares the technique to the results you get with nitrogen cavitation (where a cream whipper pressurises a mixture of liquid and solid flavouring, before dissolved nitrogen bubbles collapse and draw out the flavour). Similarly, with sous vide, you get concentrated flavour without the influence of heat, but it’s much cheaper and quicker than repeatedly using nitrogen canisters – and with better consistency. Jacob Grier, author of Cocktails on Tap: The Art of Mixing Spirits and Beer sings the praises of sous vide for mulled beer cocktails: “Usually these would be made on a stove or perhaps with a hot iron poker for the Flip. But for bar service, I realised that a sous vide set up is easier.” There are work-arounds, he adds, if you don’t have an expensive sous vide set up: “Often I don’t even use the bag, especially as I don’t always have access to a chamber vacuum sealer. Another option I’ve used more often is to just batch the recipe into glass bottles and keep them in the water bath. Then you have a hot drink ready to go at any time.”

Both Conigliaro and Stephenson recommend zip-lock plastic bags as affordable alternatives to heat-sealed ones (though make sure that the seal is good). Conigliaro suggests a straw into the bag to suck out the air in place of a vacuum pump, while Stephenson ponders experimentation with a dishwasher that has precise temperature settings – putting your zip-locks on a 60C cycle until cooked. More useful perhaps, a bain marie can be recreated, Conigliaro suggests, with two different sized pans, one inside the other and water in both. These act as a buffer when heating, slowing changes in temperature and allowing for more accurate control.If you do find yourself with access to a commercial vacuum chamber, then there’s one other use for sous vide equipment – to infuse liquids into solids. This technique is one favoured by Dave Arnold, author of Liquid Intelligence and one of the other pioneers of sous vide and other kitchen-turned-bar techniques. In 2006, while teaching at the French Culinary Institute in New York, he found he wasn’t allowed to serve alcohol to students, but was allowed to “cook” with it. The solid Cucumber Martini was born when he put peeled cucumbers into the vacuum chamber with gin and vermouth. On pressurising the chamber, water is squeezed out of the cucumber, then, when the pressure is released, the gin and vermouth rush in, “rehydrating” it with the cocktail. This can be used to great effect for novel garnishes. Conigliaro, for example, makes grass-flavoured apple balls. And it just goes to show that students will always find a way to get a drink.

Paul Mathew is a bar consultant now based in Phnom Penh and the owner of The Hide Bar, London.