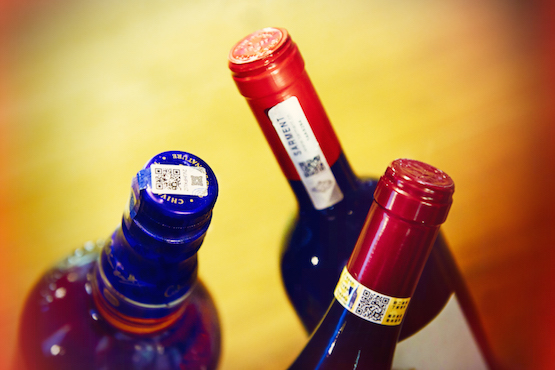 China has a reputation for counterfeiting, including booze. Make sure your customers aren’t exposed. By David Friesen.

1 Recognise there’s a problem.
Fakes can happen anywhere. From recent revelations of dodgy vodka in the UK, deaths in Southeast Asia and a fatal methanol outbreak three years ago in the Czech Republic, this is a global issue – and China is undoubtedly involved. While it’s hard to come by official figures, or to know whether the situation is getting better or worse, don’t assume that fake spirits are limited to third-tier cities and dive-like girly bars. According to one industry insider who wished to remain anonymous, but who has spent the last 12 months researching the problem: “I can take you to most major hotels or bars in Shanghai and find something that isn’t genuine.”

2 Realise telling real from fake isn’t easy.
Nick Bartman, an investigative intellectual property lawyer specialising in Mainland China and Taiwan, says the market in China has partly evolved from slip-shod fakers to surprisingly professional counterfeiting operations. “So good are some that even experienced people can no longer identify them at a glance,” he says. “The larger part of the market is increasingly serviced by well-educated alcohol makers using methods very similar to the international brands they counterfeit. For example, I investigated one wine company – who bought wine from a plethora of small local growers – that employed a female winemaker who graduated from Northwest Agriculture & Forestry University in Xi’an, which specialises in vine growing and winemaking. She herself specialised in medoc and claimed to be able to blend Chinese wines to mimic the real thing. She produced samples for me to taste, believing I was a customer, while her employer showed me trademarks he had purloined from a Medoc winery. The total package was reasonably convincing, particularly to consumers new to wine.” Of course deceitful wine labelling might be fraud, but it probably won’t kill you. Fake spirits, on the other hand, most definitely can. “I visited a government test laboratory in Guangzhou that specialises in all non-wine alcohol analysis,” continues Bartman. “It was furnished with up-to-date equipment, a staff of some 30 qualified people, and one of their main duties was to determine original from counterfeit. Such a facility would be absolutely unnecessary if the counterfeits were detectable by a quick swig.” The difficulty is compounded by the complexity of the overall fake market: there’s outright fakes, fake product in refills and secondary market imports, known as parallels. “All have problems,” says the anonymous insider. “But most people in the know have no idea, it’s very hard to tell. Especially for white spirits, the real product can taste similar to something that might permanently damage you.”

3 So be ruthless. Only use official suppliers.
Getting rid of the fakes is a near-impossible dream. But limiting exposure is eminently possible. “It’s definitely easier than it used to be, but we still have to stay vigilant,” says Kenn Bermel, owner of The Local in Beijing. “There are certain distributors that are very reputable and take measures to protect their brands. In those cases I have a personal relationship with the brand managers themselves. They put my mind at ease because they care about the long-term perception of their products in China.” As a bar owner or manager, your due diligence should therefore start with contacting the official importers of the brand in question and then follow their own recommended distribution network. Douglas Williams, co-founder of Bottle, Boot and Cigar in Beijing, also recommends researching which companies supply other quality establishments. “Ask around in your market which suppliers are being used by the upscale cocktail and whiskey bars, then talk to them. I want to see a history of dealing with leading venues in my city,” he says. “Trust is the most important thing.”

4 If a deal is too good to be true, it probably is.
“I once received a box of fake Jim Beam from a large distributor,” continues Williams. “The bottles were convincing, but the jet fuel smell was a dead giveaway – fortunately one of my bartenders caught it when he opened the first bottle. When I confronted the delivery guy, he smiled wide and told me to look at the manifest – it was just ¥35 a bottle. He seemed taken aback that I was angry, as if the low price should have made me overlook the fake booze. Naturally we dropped that supplier completely.”

5 Don’t think parallels are innocent cost-cutting.
Parallel imports are grey market product that has not been brought into the country via its official importer or distributor. They may seem like a great deal on price, but don’t take the risk: you are putting the reputation of your bar on the line. “We don’t discount and some distributors here don’t like that. But making sure the product is genuine and legal here is more important,” says Daniel Taytslin, co-founder of spirits importer Gotham East. Andrew Cottingham, from spirit brand managers Cottingham Enterprises in Shanghai, with brands including Scotch whisky Glenfarclas, agrees: “The problem with parallel is I don’t know where it’s from – it could be , Paraguay. Or it could be a refill.” If the product is real, you might think it won’t hurt, but how do you know? Uncertainty equals risk. Plus, that volume steals revenue away from the marketing budgets that promote brands, educate consumers and ultimately expand the market for everyone.

6 Limit staff exposure.
Owning your bar’s quality control is critical, and should be at the top of the list for any manager. “Fraud is usually internal, through purchasing or receiving, store managers or even bartenders. That’s why as the manager or bar owner you should take ownership and check yourself,” says the anonymous insider. “If you are an owner and find a refill or suspicious product, don’t just immediately broadcast it to everyone. Someone or something has created the problem and you need to get to the bottom of that to stop it.” Have one person in charge that you trust and don’t compromise.

7 Check every bottle.
Pain in the arse? Yes. But check every item. This further limits the likelihood of letting fakes through. “We’ve gone through every bottle we own to determine its level of risk,” says the insider. This level of quality control is also important for distributors. “We like to go around at least every couple of months to taste the products and talk to bartenders who use our products to check everything is fine,” says Cottingham. Both Williams and Bermel agree: “Review every bottle that comes into your venue: do the labels and back label look the same? Is the bottle sealed properly? Whenever you open a new bottle, smell and taste it. Your reputation is on the line,” says Williams. “Honestly, this should be a top priority for any bar, whether casual or high end,” says Bermel.

8 Pay special attention to big brands…
It’s unlikely someone is taking the time to accurately copy a little-known bottle of single batch spirit. In reality, it’s the big brands that have to be wary. Products such as Smirnoff, Johnnie Walker and Remy Martin suffer because the majority of bars stock these products, meaning there’s money to be made. “I’ve only ever seen one fake of the brands we do,” says Cottingham. “Glenfarclas do a vintage collection called the Family Casks, from 1953 to 1999. In Taiwan there was a wholesaler who was fraudulently redesigning labels – still using genuine product, but with a different label to increase value, a 1976 being pulled off as a 1958, for example. They only got caught when they sold a 1951 – which had never existed.”

9 …and embrace their new tech.
The biggest brands may have the biggest problems, but their budgets have led to equally large advances in anti-counterfeit technology, including QR codes and smart bottles. “Labels and capsules are far easier to copy, but bottles are extraordinarily hard to counterfeit. Next time you pick up a wine bottle, upturn it and look at all the inscriptions and pimple-like dotcodes – they are all there for ISO9000 traceability. These inscriptions tell us more than any label, or the content inside,” says Bartman. Such traceability is even finding its way into smaller brands, says Taytslin: “G’Vine gin, one of the brands we import, has one of the most advanced bottling plants in the world. They laser engrave a unique number on each bottle, so they know where in the market the products should be.” The spirit heavyweights are taking this a step further. Pernod Ricard uses a QR code system on almost all its products, including spirits, champagne and sparkling wine, allowing operators to scan the code to check the bottle is both authentic and new. Remy Martin, similarly, has introduced the new “Connected” bottle, using near field communication technology (NFC). Based on mobile payment authentication technology, and launched first in China, it allows for instant verification of bottles through a mobile phone app. “By simply tapping the top of the bottle, the previously downloaded Remy Martin app will instantly show if the bottle is genuine and sealed, or if it has been resealed,” explains Joshua Wu, PR manager at Remy Cointreau China. “It provides the same level of security found in electronic passports or bankcards.” However, some are sceptical whether this new tech is viable across the board. “The sophisticated devices attached to bottles can cost up to ¥10 a bottle, which multiplies substantially by the time the product reaches the market. While the top alcohol brands maybe can absorb this cost, for 99 per cent of the remaining market only a vastly cheaper device can be employed – and, so far, I’ve not found one that can’t be counterfeited,” says Bartman.

10 Finally: deface and destroy.
The tips so far reduce classic counterfeiting, but refills are another issue. Although there might be obvious signs a bottle has been reused, there is an easier way to break the cycle: get downright destructive. “To prevent it, first you destroy the boxes the bottles came with – any supplier that wants to take the boxes home, it means they want to put something else in them,” says the insider. “And then you scratch the labels. We don’t just write on it, we scratch through the label as it makes it much harder to re-use. We also don’t allow any staff to take bottles home at all.” David Schroeder, manager at Senator Saloon in Shanghai, goes further. “About six or eight months after Senator opened, a wholesaler approached us after we bought some product from them for the first time. When he dropped off the order, he asked the staff how many empty bottles we generated per night, and that he wanted to buy them back for ¥20. This went back and forth for a few minutes, and as I got further into the details I realised he was trying to buy empty bottles to refill with fake spirits. I turned him down, and after that started smashing bottles to keep them from being reused.” He’s also had approaches for discarded bottle lids, so he now throws those away separately. “As business has increased and we’re producing more empties, it becomes more difficult to keep up with destroying bottles,” says Schroeder. “But it’s an effort I think is worth it, even if it only keeps a handful of bottles away from people who would refill them with things that poison our customers.”

3 ways to use the sous vide technique in your cocktails

How to taste wine?