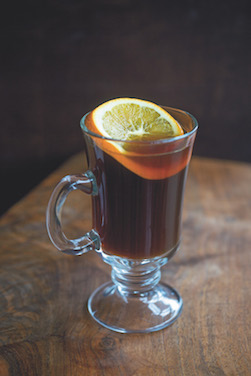 This recipe was first published as part of our trend feature on Sous Vide Cocktails.

Based on a traditional Belgian drink called a Calibou, Jacob Grier created this variation that works particularly well when prepared sous vide. It can be made by simmering spices in beer and then adding alcohol afterwards, but sous vide produces more flavour, quicker and no alcohol evaporates during cooking.

Combine all ingredients except the aquavit, maraschino and orange wheels in a sous vide bag and seal. Cook for 60 minutes at 60C; strain into a bottle with a cap, seal and leave in the water bath until ready to serve. Serve warm with an orange wheel garnish.

3 ways to use the sous vide technique in your cocktails