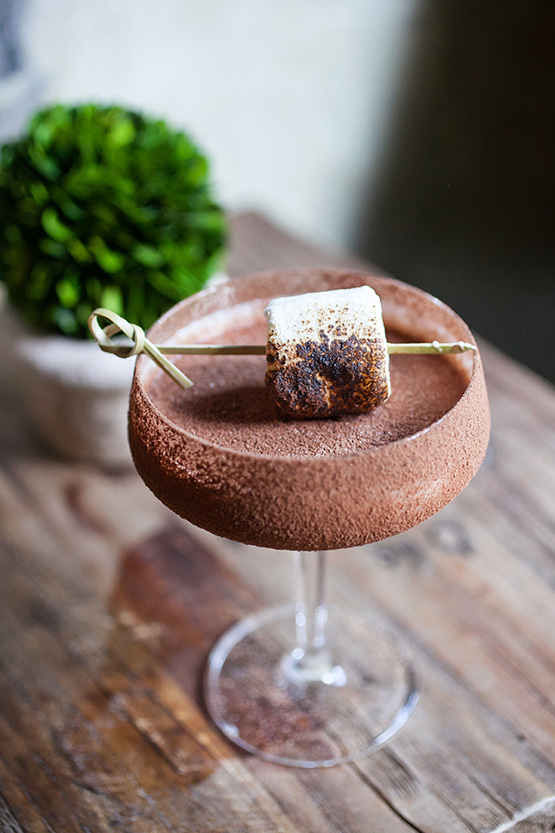 Topiary hopes it can grow to fill a niche in HK cocktail culture.

The etymology of some cocktail terms is often pretty opaque but not, it turns out, in the case of “shim”. The word was coined in 2008 by American writer-cocktail obsessive Dinah Sanders. As defined in her adroit 2013 book The Art of Shim: Low Alcohol Cocktails to Keep You Level, a shim is a “serious, low alcohol cocktail – low-octane enough to provide a gentler pace between or instead of strong drinks, yet still bring the vivid sensory pleasure of a complex adult beverage.” Sound reasonable? Sanders rightly posits that, for all the virtues of heavy, brown-spirit classics such as the Manhattan, Old Fashioned and Sazerac, lighter, lower-proof cocktails can be just as satisfying. Well received, the bar community embraced the idea and shims and now are widely accepted, cost-effective cocktail genre happily wedded to the increased popularity of hitherto-undiscovered, shim-friendly categories such as vermouth, amaro and sherry. Just over a year after the publication of the book, the trend has found its first fully committed ally in – where else? – Hong Kong. Enter, Topiary.

Set on the third floor of Hilltop Plaza on Hollywood Road, designer Laura Cheng’s plush, excitable interior makes it pretty clear that Topiary is courting a female clientele. And nothing wrong with that. The menu, too, follows suit. Joining from Kee Club, head bartender Paul Fan has devised a menu of shims which co-owner and first-time f&b operator Ellen Ho claims is an attempt to open the cocktail cabinet to a long-ignored part of the drinking populace. “We want to appeal to the female audience who appreciate cocktails made of fine ingredients but with lower alcohol content to allow them to enjoy a few more drinks without turning red or getting knocked down early,” she says. “It’s time for ladies to start having more sophisticated choices beyond the usual fruit cocktails.” Ho doesn’t reference Sanders’s book – instead, the inspiration came from her visits to New York and London where the genre has long taken root. Naturally, she’s hoping the trend catches on in Hong Kong. And why shouldn’t it? After all, the genre seems well-suited a to a still-evolving Asian market sensitive to potent, all-spirit classics. Shims also allow for an alluring degree of creative latitude for bartenders looking to experiment with new categories. Fan’s menu shows a commendable breadth of ingredients: cinnamon bitters, white ale, osmanthus vinegar, vintage port and a homemade lychee shrub in the bourbon-based Bonus Season (drinks take their names from the finance world) – served, says the menu, with a “sincere dose of optimism”. The tired, tortured White-Wine Spritzer has never looked so vulnerable. Cheers to that.