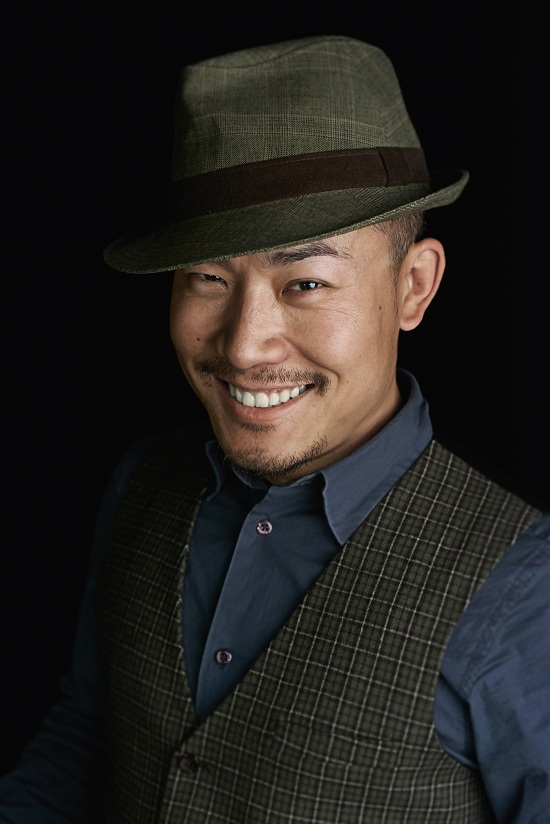 Eddy Yang now has his own bar in Shanghai. What should we expect from one of China’s most beloved bartenders? By Alexander Barlow. Photography Leo Liu.

Eddy Yang is probably better looking than he needs to be. At 37, he has a large, but not overbearing, personality. He’s charming, but genuine, not too service-y, sheened or synthetic. He likes a drink. He’s got time for you. He’s your pal, your buddy, your mate, your chum. He’s got followers. A bartender of 13 years, he has the sort of warm, fuzzy embrace that makes it hard to imagine him in any other industry. He’s got presence. And he is that very rare threat: his talents size up to his ambitions quite nicely. He’s doing what he should be doing. He’s got dress sense, too. His smile is straight out of Central Casting. And girls like him. Everyone likes him: “Eddy, yeah, we know Eddy, he’s lovely.”

But, today, six weeks before the scheduled opening of his first bar, Eddy Yang is late. Standing across the street from Jing’an Temple, at the entrance to his bar, it’s raining, and cold. When he arrives, finally, holding a can of beer, something’s the matter. His usual comfy aspect is all askew. He seems overcome, possessed by that itchy, quotidian sensibility familiar to most of us but, up until now, has always seemed an entirely foreign notion to the temperament of everyone’s favourite Mr Smooth: stress. “Busy, busy,” he says. “She’s too fat. I’ve been cleaning all afternoon.” Too fat? Yes, he replies. Apparently, his ayi is too big to climb to the top of the foot ladder and clean the tops of the windows. She can only clean the lower half. So he’s had to do it instead. “Opening a bar is so hard,” he says, as if it were ever in doubt. “You have to do everything yourself.”

Born in Shangdong, Eddy Yang’s bartending career began in London at a brewpub called Freedom in 2001. He got the job by accident, he says, while he was a student, but began to take bartending more seriously after a visit to his first proper cocktail bar. Detroit was a five-minute walk from Freedom and, one night, his bar manager took him for a drink. He still remembers his first cocktail: “It was a Japanese Slipper,” he says. “The classic twist on the Margarita, with Midori instead of Cointreau, rimmed with sugar instead of salt,” he adds. “It really blew my mind.” With a convert’s zeal, he joined Detroit in 2005, which, at the time, was considered one of London’s best cocktail bars. Smelling opportunity, he returned to China in 2011 to find a bar scene in flux. His first job was bar manager at LAN in Shanghai, before joining DRiNK as a trainer and educator, a travelling role that saw him develop a not undeserved profile as one of the best-known faces in China’s bar industry. Even today, he’s one of the few people in the country that could walk into any bar from Chengdu to Chengde and be immediately recognised. He’s a sort of minor celebrity. We’ve even had people come to the DRiNK office under false pretences, just to catch a glimpse of Eddy. Still, a solo project was always the plan, he insists. “A bar of my own was always the vision, the dream.”

It might as comfort that, despite his elevation in the industry, Yang is struggling with the same upstart operational headaches as any mortal bar operator. First, staff. “I interviewed two guys before Chinese New Year,” he explains. “First guy, 24, says he’s getting married and needs one month paid leave. One month paid leave? After only a month? No way.” The other interviewee had a sort of “punk look”, says Yang, disapprovingly. “So I said to him, ‘Right, rule number one: cut your fingernails. Rule number two: lose the chain on your neck – this isn’t a dog show. Number three: four rings on one finger – no. Rule number four: I don’t want to see metal spikes on your shoes. What is this? Self defence?” he continues, incredulously. “No – it’s just weird.” Not surprisingly, the gentleman declined the subsequent job offer. “He just texted me to say, ‘I’ve found something else’, and I said, ‘Good luck’.”

Perhaps it’s a testament to his devotion to his craft that Yang has such an uncompromising commitment to quality from the outset. Still, his approach seems to jar with his temperament. He makes an important distinction. “When I’m on the road, training bartenders, hosting events, I’m easy-going, for sure, I’m everyone’s best friend. But when I’m working, when I’m behind the bar, make no mistake, I’m an asshole.”He tells us a story, with some relish, about how he once made a bartender cry for telling him that his cousin could wank harder than he could shake a cocktail tin. From the get-go, Yang knew he wanted every employee to be “a clean piece of paper, a blank sheet.”Anyone he hires, in other words, will have to start from the bottom.And no-one can expect an easy ride. “Bartenders in China move around too much,” he says.“It’s great they see different styles, but they never settle down, so they never truly learn, they never really mature.” His training will be “from the floor up”, he adds.“I’m offering full training, life training,” he stresses. “The idea is that, one day, they can be bar managers themselves, or own their own bar.”

The entry-level position is bar-back, where staff will need to learn the recipes for some 300 cocktails, take orders, clean, and only graduate to full bartender after submitting a written proposal outlining their suitability for the role. Some may never make it, says Yang, but that’s no bad thing. He wants to adjust perceptions of the role. At the Tailor Bar, a bar-back will be a skilled, customer-facing support position that requires the same precision and depth of field as any bartender. If not more, he says. “With my system, if I have someone who is an excellent bar-back, I’ll happily pay them more than a bartender.” Isn’t he worried about staff loyalty with such a protracted, kick-ass regime? “I don’t care,” he replies. “I’m strict because they’re working for a salary; working for a dream. I’m not going to pay bartenders to stand around and text their friends about Korean fried chicken,” he continues. “I don’t want them here for the money; they need a vision. I want them to understand the potential in the industry.”

Besides, the concept of Tailor Bar rests heavily on the staff. Yang says there won’t be a menu in the traditional sense. Drinks will be divided into “families” – in other words, flavour profiles, sweet, sour etc – and staff will make suggestions based on the guest’s initial leaning. “I want each bartender to introduce each drink as a tailor would a suit. Different fabrics, colours, details. It’s not going to be just Vodka Martini, Gin Martini – I want every customer to have their own tailored experience.” What if they don’t know what they want? Or, say, what if they want a Mojito? “Then we make them a Mojito. The point is, either way, there should always be some interaction.” If the staff structure is rigid, then the atmosphere of the bar is not. Tailor Bar will not be the solemn experience of, say, Constellation, and staff will be encouraged to project as much personality as possible. The bar seats 28, but Yang says standing will be allowed, “as long as I can handle it”.

Nor will the bar be another homage to single malt. “It’s cocktail-focused,” he explains. “I want to give people a new cocktail experience, not a new whisky experience.” Plus, he’s tired of so many chin-stroking whisky pretenders clogging up space at the bar. “You get these guys, they order one bottle of single malt per month, leave it at the bar, and they’re there three times a fucking week!,” he explains. “They click their fingers, say, ‘Bring me my Yamazaki. Ice ball.’ And I think, ‘Your ice ball is costing me money my friend. And, what? No please?’” Bad manners. That’s what gets him, he says, taking a sip of beer. “That’s when I get stressed.”