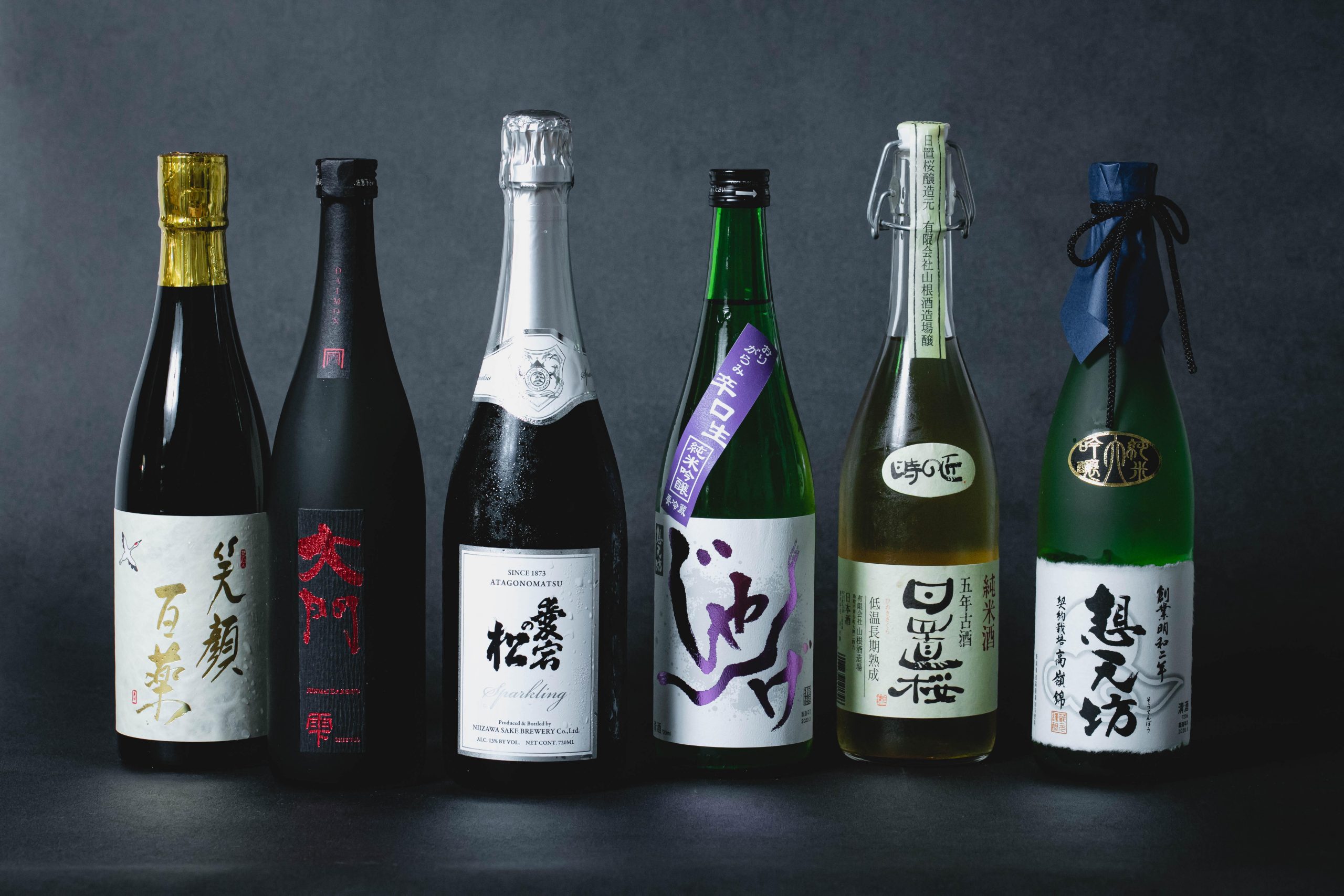 Statistics prove everything and nothing – but they never give the full story. Will Jarvis shares the challenges for sake in the midst of COVID-19.

While reclined in a comfy chair with a glass of sake in hand, the latest industry trade stats released by Japan’s Ministry of Finance make pleasant reading. Seven of the top ten year on year increases by import value are Asian markets, topped by Hong Kong at a remarkable +56.7%. Overall, the import business has doubled in the first half of 2021, totalling JPY17.5 billion. Isn’t there a pandemic happening? But it’s not enough. It’s not even close because Japan’s exports account for just 5% of all sake sold.

Back in sake’s homeland, brewing has not stopped. In fact the new season is now underway but brewers are left with last year’s stock that just hasn’t shifted. Demand is certainly down – not what an already declining industry needs.

Prefectural regulations vary but the latest state of emergency for major areas of Japan has been extended yet again, meaning bars and restaurants are not permitted to serve alcohol. Restrictions are beginning to lift, but the changes brought about by COVID-19 are undeniable.

Sake is available in liquor and grocery stores but these closures heavily affect the demand for bottles from brewers to consumers. Many breweries are doing cellar door sales but the immediate local community can only drink so much, although their desire to support is unwavering.

As we quietly celebrate another International Sake Day on October 1, it only feels right to understand the implications being shouldered from rice to restaurant in Japan. Like many countries, f&b has been hit hard in Japan – most significantly Tokyo, which was already banking the virtual windfalls forecasted from the Tokyo 2020 Olympics.

For Osaka-based sake expert Koji Uenoyama, Tokyo 2020 should have been the launch pad for his venue Hana Sake Bar. Then just like that, it amounted to nothing. “I lost everything,” says Koji-san. “I could tell something was wrong in January 2020. Come early March, Osaka was dead and I decided to close in June.”

As we all witnessed the uncontrollable spread of the virus, nations started to formulate their own containment plans. Japan’s – like most others – would not escape criticism. Wayne Shennen, owner of Rangitoto in Tokyo explains: “When the first state of emergency kicked in we just thought it was an overreaction. Then the government identified bars as places where the potential for transmission was high and suddenly restrictions to alcohol service became a very big reality. They set up some support for hospitality venues but it’s a flat rate. If you’re a small six-seater venue off the main drag, it’s enough. But for some of the bigger bars in places like Roppongi, the grant is a complete waste of time.”

Koji-san concurs: “For larger bars, the funding fell well short. But for some smaller bars, they were actually financially better off while closed and receiving government support compared to their sales when operating.”

Of course, government funds are a stable long-term solution for the industry. States of emergency are handled on a Prefectural basis so restrictions are not uniform across the country. However, one thing that is consistent are the repercussions for the hospitality industry. Some sake producers witnessed significant losses in bars and restaurants offset by strong sales in supermarkets, however some small brewers kept afloat thanks to a small roster of loyal bars. Regardless, change was already in motion, and with change there are consequences.

From bar to brewery
Consumers flocking to retailers for their sake fix ensured large brewers producing high volumes of inexpensive sake made lots of money, whilst craft brewers labouring to produce exquisite and more expensive bottles started to experience a 50% decrease in sales.

Of course, inevitable consequences to an impact on livelihoods are disquiet and rebellion. Even now, 18 months into the pandemic, the authorities appear to be flip flopping between tough and less penal restrictions, and the average business owner remains just as perplexed.

Further extensions to closures have meant that bars just haven’t been able to function. “It’s too much of a risk to invest the time in preparing to reopen until the rules remain consistent. Since January this year, there’s not been a period when bars have been open consistently,” explains Tsujimoto-san, promotions manager for sake bar KURAND.

“The guidelines just haven’t been clear, and people everywhere are now experiencing virus fatigue,” Wayne adds. “The government didn’t crack down on rule breakers but instead went after the distributors, informing them not to distribute to bars not following the rules. Bars that did get fined can just pay as it’s not that expensive, and it’s a one off fine so if your venue is tucked away you can just pay and keep serving. Because some bars are closed, the open bars are even busier and that’s just not fair.”

Marcus Consolini, director at Daimon Brewery in Osaka Prefecture, is understandably concerned about his fellow industry connections across the Kansai region. “We believe that one in five restaurants are pushing restrictions back and closing at 9pm not 8pm as per current restrictions. A few are also ignoring the requirements to remove alcohol completely. The pandemic continues to have a very negative impact on business.”

Andrew Russell, a brewer in Hiroshima Prefecture says that although some have experienced success with export, keeping up with the demand is tough, and that farmers in particular are the biggest worry. “They had already had to live with sporadic weather for the last four or five years and this year they’ve had flooding in the north with crops getting washed down the river.”

Although Daimon Brewery has weathered the pandemic storm well, it’s sadly not a universal story. Marcus believes the Kansai region is down 20 to 30% in terms of volume. “Some brewers are even worse off. I know one brewery that only bottles sake in the 1.8 litre isshobin format – the preferred choice for any izakaya restaurant, and does not have the capability to produce 720 ml bottles. With restaurant sales disappearing you can only imagine the implications.”

Marcus goes on to add that the industry reckons the average sake consumer drinks three to five times more in an f&b venue than they would at home. “We can all probably sympathise with that, but while grocery store sales remain healthy, overall it doesn’t come close to balancing out the greater industry deficit.”

Initiatives for sake rice
This also impacts the rice farmers themselves. With brewing productivity down, the knock on effect translates to smaller orders with rice growers. Generally, contract farming is being honoured but sales outside of this are not necessarily so secure, requiring more creative ways to sell through 2020’s harvest.

“In Yamaguchi, yamada nishiki sake rice is being sold as a luxury eating rice, and it’s encouraging to see support within the Prefecture for such initiatives,” shares Chris Hughes, a sake educator in Tokyo.

With brewers unable to shift as much sake to bars, the repercussions are profound. Unsold sake remains in tanks and bottles which takes up space – the very same space needed for the next brewing season’s production.

In 2020, 30% decreases in rice orders were reported as brewers and farmers worked together to try and manage the setback – many through gritted teeth – striking the balance between crippling financial implications while trying to maintain an element of bonhomie in the hope that long term relationships will remain intact when the situation improves.

Cultural implications
Those in the sake industry also believe there may be a potential threat to the culture and traditions surrounding sake, which go beyond the bottle. It’s a profound part of Japanese life and has been for more than a millennium. Life under pandemic controls has changed, possibly irreversibly.

New habits have been formed too. The concept of ienomi – drinking at home culture – is now widely entrenched across the country. “Ienomi has become an accepted part of the language. Brewers are referencing it and advertisements use it as a buzzword, saying a certain brand is good for ienomi and suchlike,” Koji-san says.

Securing sake’s future
Of course it comes as no surprise that there are plenty of forward thinking innovators within the sake community, doing all they can to ensure the industry’s longevity.

KURAND, which has venues across several cities in Japan, was riding a wave of success when COVICE-19 struck. “Luckily for us,” explains Tsujimoto-san, “we had already made some headway with e-commerce offerings, allowing subscribers to enjoy a monthly delivery service. We didn’t have to suddenly build that from scratch, and it’s now become our primary focus.”

Customer engagement has been high with the introduction of mystery sake boxes that can be purchased online with a potential rare bottle making up part of the loot, providing a much needed buzz during these mundane times.

Andrew says that more breweries are online – which is great –  but it’s having an impact on the sake shops themselves, noting: “If you think back to the DVD rental shops and what happened to them with today’s online streaming, it makes you wonder what’s ahead for physical retail spaces.”

KURAND’s team is now readying for a more international platform. “Many of our products are unique to KURAND. In our view, some markets are saturated with certain brands so we feel that these lines will be snapped up by consumers abroad,” says Tsujimoto-san.

Koji-san is positive but realistic: “Things will be affected as we go ahead into 2022. Having been largely isolated to non-residents for almost two years, Japan needs to re-establish itself with foreigners again. Citizens will be very conscious of new arrivals and normality will take time.”

Andrew rounds out by saying: “I’m optimistic for 2022 but it would be foolish to think nothing will change. It would be hard for Japan to cope with another year like this. We need to get the izakaya doors swinging open again and then we stand a chance. The Olympics are done, case numbers are down and vaccinations are on the up. It’s time.”

We hope Andrew’s right and the echo of kanpai and clinking of ochoko will ring out again soon enough.

With thanks to the interpreting skills and sake knowledge of Chris Hughes, sake educator in Tokyo and co-host of Sake On Air podcast | IG @sakenotabibito

Will Jarvis is the Owner and Founder of Sake Matters, and has spent over 20 years working in the F&B industry in Europe, the Middle East and Asia. He is is a trained chef and holds a diploma in Hospitality. For more information please visit www.sakematters.com | IG @sakematters

Hunter in the Dark is Hong Kong’s first ever amaro