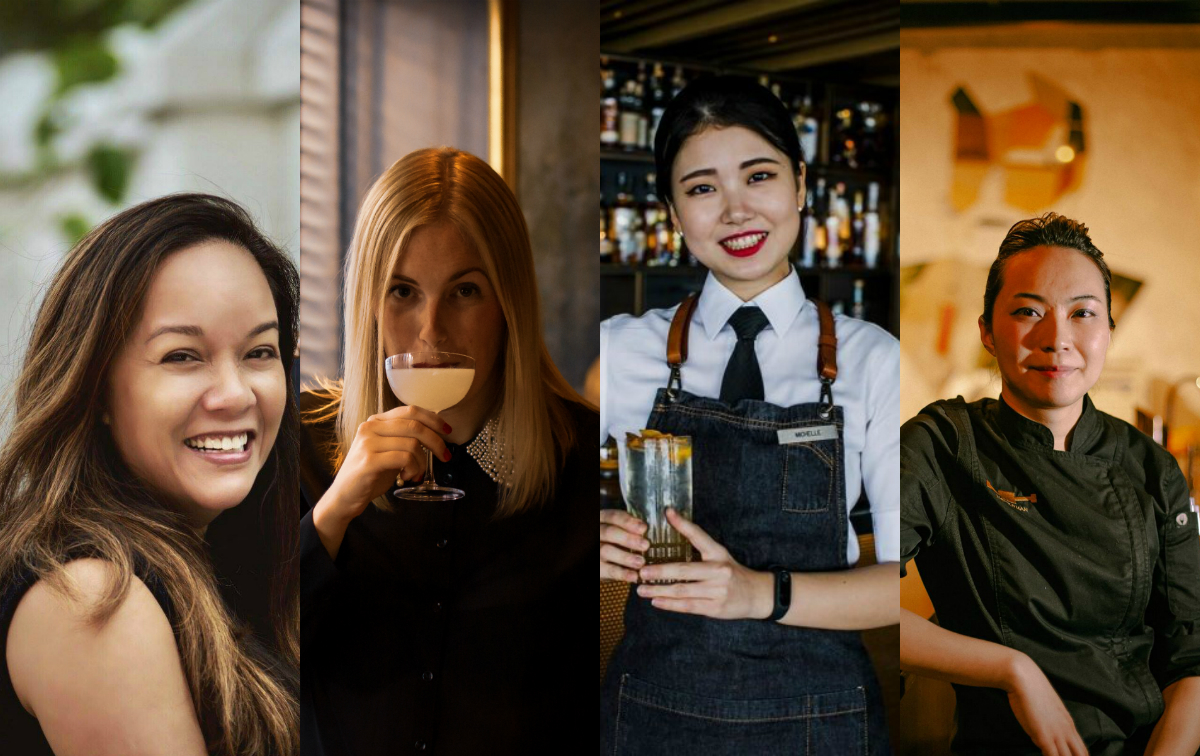 Find out who’s on shift where for International Women’s Day 2019.

Whisky and Women at Whisky & Words (Hong Kong)
To celebrate International Women’s Day, Whisky & Words is hosting a networking event centred around whisky and women. Six female whisky and industry experts will be answering questions and making drinks, including DRiNK’s very own Holly Graham alongside Cherry Lam (Moet Hennessy Diageo), Fiona Man (Pernod Ricard), Hil Tse (Whiskies And More), Carmen Tam (Whisky U) and Patricia Byott (Highland Park and The Macallan). The event will support the charity Mother’s Choice, donating 20 per cent of proceeds along with additional dollar for dollar matching. The event is open to both men and women, as Whisky & Words believes that men could and should be the best womens’ allies to create an inclusive and diverse culture and promote gender equality inside and outside the workplace.
When: March 7, 6.30-9pm

Empowered We Stand at 1515 West (Shanghai)
Empowered We Stand starts on Thursday 7, where Ana Souza, bar manager of 1515 WEST Bar, will lead three evenings of shifts alongside guest bartenders “Nikki” Nastasia Vera and Marian Lee (both formerly of Hong Kong’s Employees Only and The Pontiac), who will be busting out a series of cocktails reflecting the boldest sides of women – confident, independent, expressive and unapologetically themselves. On Friday March 8, the bar will host a 1970s-themed blow out. and the trio will joined by two faces of the Shanghai scene, Micaela Piccolo (educational curator and editor for JERRY Global by Proof & Company) and Laura Thomson (managing director of Spirits Box).
When: March 7 and 9, 7pm-midnight; March 8, 7pm-2am

Rum & Cocktail Masterclass (Singapore)
Keyyes will be holding its first-ever ladies-only rum tasting and cocktail making workshop at Singapore’s EC Proof Flat, led by its female experts – commercial director Richelle South and her team. The masterclass allows guests to try five variations of aged and blended Caribbean rums, as well as a rare independent bottling. The rums will also be paired with confectionary by French artisan chocolatier Laurent Bernard, including a dark chocolate that uses Diplomático Reserva Exclusiva. Tickets are priced at SGD$58 and can be bought on the Keyyes app.
When: March 7, 7-9pm

Women for Women at Stockton (Hong Kong)
Stockton celebrates International Women’s Day with a panel talk discussing the growing strength of women in the hospitality, moderated by our own Holly Graham and featuring Arlene Wong (The Pontiac), Yana Kamaruddin (Atlas, Singapore) and Michelle Ki (Chihuly Lounge, Singapore). After the panel, guests are invited to stick around and mingle before the three bartenders kick off their guest bartending shift at Stockton. 10 per cent of the sales from the menu of specialty cocktails will go to local charity Enrich HK – a charity promoting the economic empowerment of migrant domestic workers. All women who arrive at Stockton between 7 and 8pm will receive a token for one complimentary drink.
When: March 8. Panel discussion: 3.30-5pm. Guest shift: 7-10pm.

International Women’s Day at Old Bailey (Hong Kong)
Hong Kong’s leading female bartenders and industry faces will take over Hong Kong’s Old Bailey to serve Lillet cocktails along the theme of #BalanceforBetter, and proceeds from the night will go to charity Playtao Foreverland – an initiative that supports after school programs for underprivileged Hong Kong children. Handmade items will be on sale, including clutches and soaps from mothers at the HATCH co-working factory. Behind the bar will be Masumi Tomioka (Duddell’s), Annie Simpson (Sassy Hong Kong), Chanel Adams (PDT) and our very own Holly Graham, whose drink Thyme’s Up is a clarified punch of Lillet, bourbon, lemon juice and thyme syrup, created as an homage to Time’s Up – the next step in the #Metoo movement, which strives to create change, safety and equality for all, specifically in the workplace.
When: March 8, 6-9pm

Fearless Females – Queens of Their Craft at Wework Suntec Tower 5
This event seeks to showcase women who are experts in their various crafts. Charmaine Thio, regional brand ambassador for Hendrick’s Gin, will be representing the craft of drink slinging and serving up Hendrick’s cocktails throughout the evening.
When: March 8, 7-10pm

Sola of Samai rum (Cambodia) in Singapore
As part of SPRMRKT Cambodia, a three-month cultural and culinary conscious extravaganza celebrating all things Khmer in Singapore, SPRMRKT will be hosting a series of guest shifts featuring Samai ambassador Sola. She’ll be leading a degustation menu of four Samai cocktails and masterclass on Cambodia’s first and only premium rum distillery at SPRMRKT Cambodia’s STPI. Later in the evening, Sola makes a special appearance at sister cocktail bar Telok Ayer Arts Club for a Khmer takeover serving Samai concoctions throughout the evening. On March 10, SPRMRKT at STPI hosts Sola in an exclusive meet-and-greet session, where she’ll be serving up a Samai rum cocktail menu and industry folks will get a 15 per cent discount on SPRMRKT’s regular food menu.
When: Samai cocktail degustation menu and masterclass – March 9, 4-6pm
Telok Ayer Arts Club guest shift – March 9, 8-10pm
Meet-and-greet session – March 10, 3-6pm