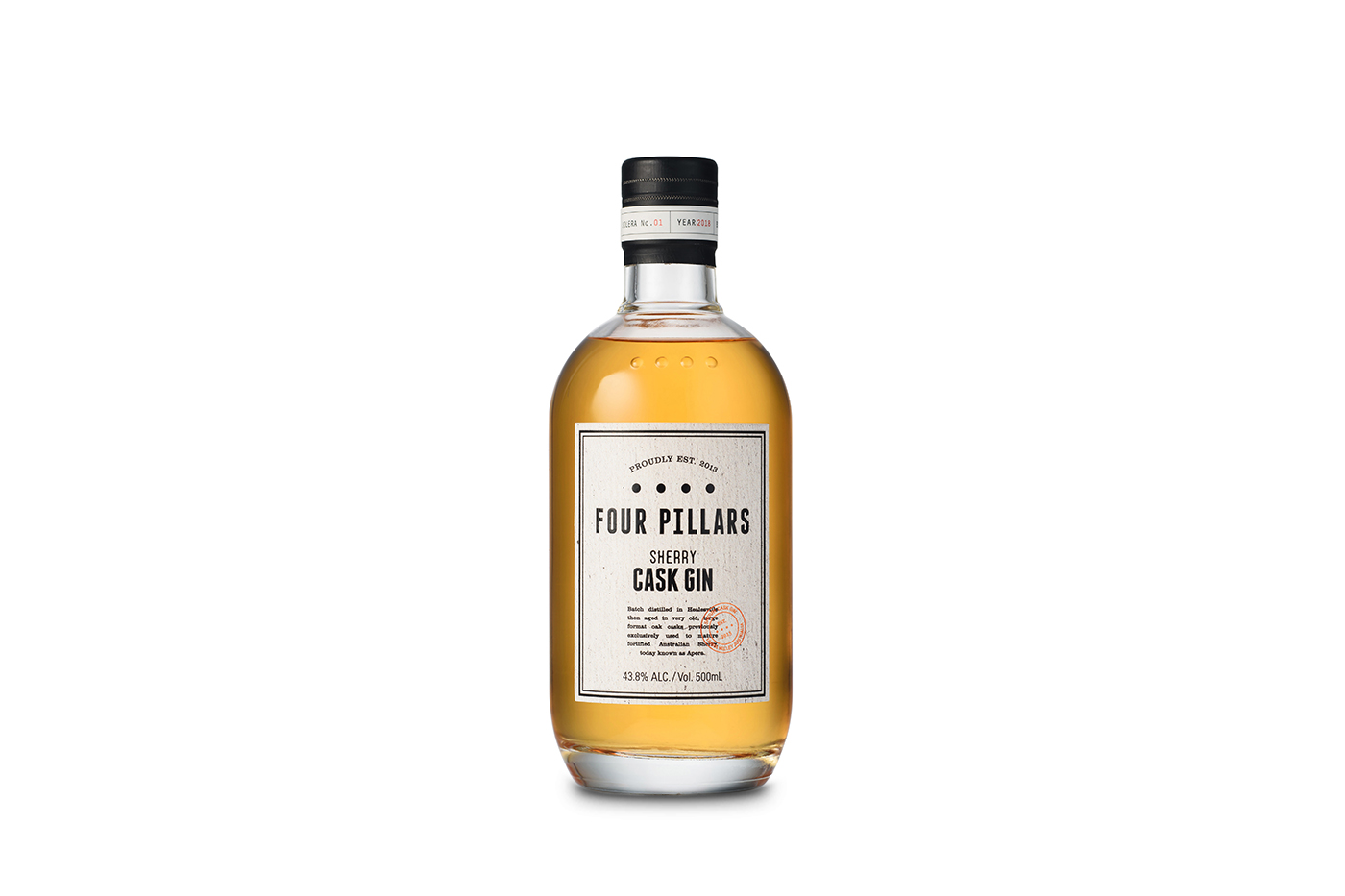 What is it? Four Pillars was founded in 2013 in Australia by three friends who sold their first signature dry gin through a crowdfunding campaign. After a road trip along the west coast of the United States, to explore different distilling techniques, the team discerned that all the gins they liked most had been made in a Carl still, from Germany. So they purchased their own custom-built still from Carl, able to deliver a very pure distillate at 93.5 percent abv, which is then diluted for bottling. The brand’s gins are characterised by two native botanicals – Tasmanian pepperberry and lemon myrtle – plus fresh Australian oranges (skin and flesh), which are put into a botanical basket inside the still. The rest of the core botanicals are: cassia, star anise, cardamom, coriander seed, lavender, angelica root and of course juniper. The Sherry Cask gin is made with 42 sherry and Australian fortified wine barrels, which date between 15-35 years ago, which the distillery arranged into a solera system. Filled with dry gin and a small amount of Spanish amontillado sherry at the top, the aged gin is then bottled from the bottom row of barrels after a year – and this is the first release.

How does it taste? Golden in colour, the gin boasts a distinct sherry aroma on the nose and in the mouth. Hints of star anise, dried fruit and nuts are lengthened and sweetened due to the additional sherry. This gin would work well on the rocks – or would make a great Tuxedo.