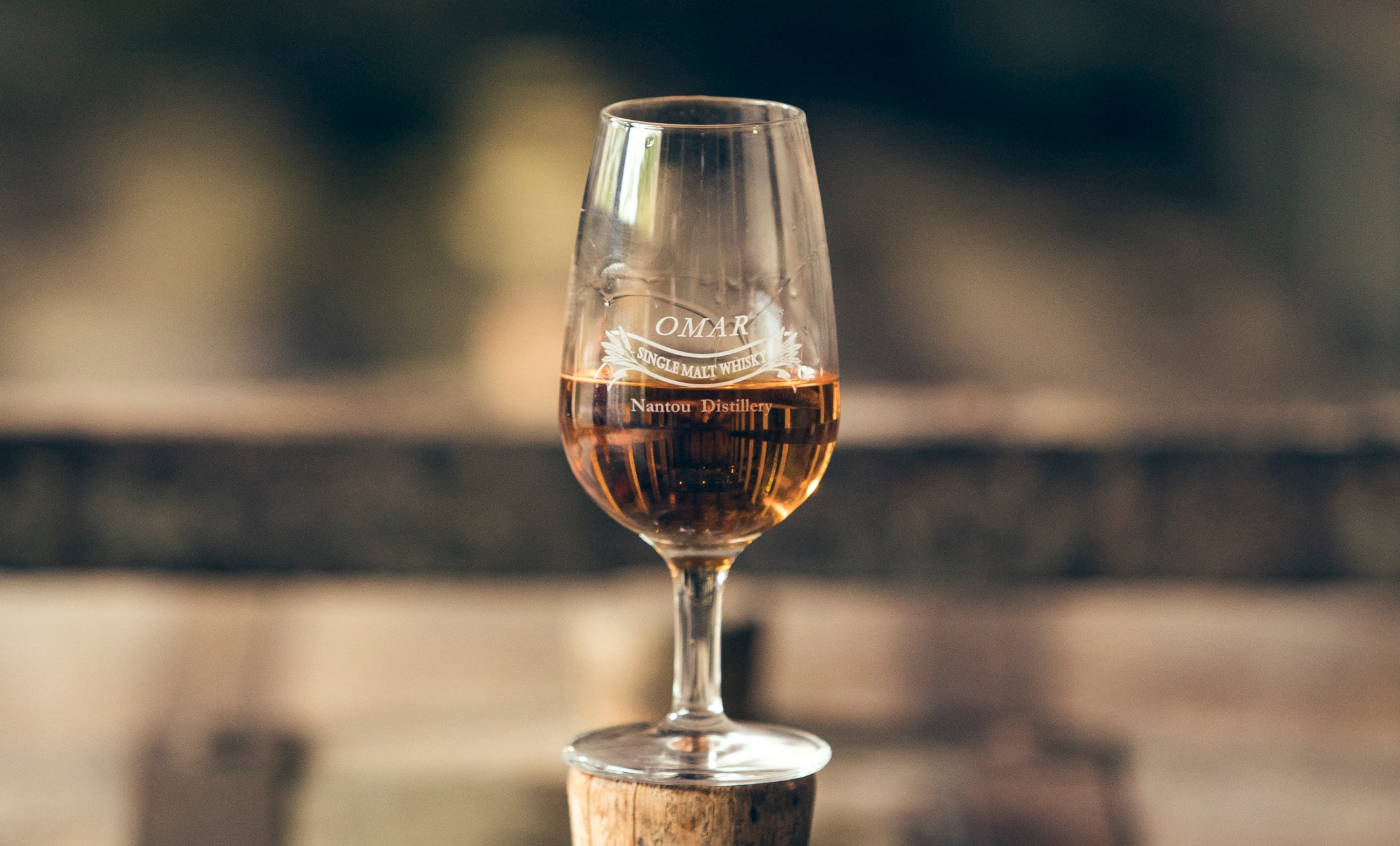 Established in 2008, the Nantou Distillery in Taiwan is the producer of single malt whisky Omar. The distillery originally produced blended whisky brand Jade Supremacy for the domestic market, but due to the boom in whisky at the beginning of the 2010s, good quality and reasonably priced Scotch became difficult to source. Taiwan Tobacco and Liquor Corporation (TTL) decided to overcome this shortage of whisky by producing on its home turf, giving Nantou Distillery the task.

However, starting from 2013, Nantou’s successive directors noticed the whisky in the warehouse showed excellent qualities. TTL decided rather than use it in a blend, they would launch a single malt and so, Omar was born. Omar enjoyed huge successes when it went to market, which included winning gold and silver medals from several renowned awarding bodies.

But what makes Omar unique? The Taiwanese terrior. For one, Nantou Distillery is also a winery, producing fruit wines, liqueurs and brandies, meaning Omar is aged in various flavoured casks such as those used once to make liqueurs, wines and brandy, giving the whisky the different varieties unique flavours and characteristics. The distillery houses three malt storage tanks, one grain miller, one lauter mash tun, eight stainless steel washbacks and two pairs of copper pot-stills. Nantou Distillery imports commercial yeast and malt barley from Scotland to make Omar as it is too hot to grow barley in Taiwan. Of course, one thing that cannot be imported from Scotland is its climate – its wet, cold winters and warm summers are completely different to Taiwan, which is subtropical with warm winters and hot summers. Nantou Distillery whisky only produces Omar from October to April as to avoid the hot Taiwanese summer.

Each of Nantou Distillery’s three malt storage tanks can store 50 tons, so 150 tons of malts are ordered every time and transported to the buffer tanks through a pneumatic conveying system for milling. A four-roll Bühler miller is used to grind malt and after being milled into grist, the malt then goes into the Huppmann lauter mash tun and is mixed with pure heated groundwater extracted from the central mountain range near Nantou County.

2,500 kg of malt is used at each mashing and the wort is collected three times. The first and second collections are mixed and an approximate total volume of 120 hectoliters, which is then pumped through a heat exchanger – where the mixed wort is cooled to around 19C – and then transported to the washbacks. The third running provides for a portion of the mashing liquor for the subsequent mash. The washbacks are made of stainless steel as mould grows easily on wooden ones – especially in Taiwan’s humid climate. After dilution, the new spirit is aged mainly in Spanish sherry casks and American bourbon barrels. Maturation is accelerated to three times higher than in Scotland because of the climate, and four year old expressions taste more like 10 to 12 year old whiskies and achieve rich flavours and a deep amber colouring. It’s this distinct amber colouring that gives Omar its name, as omar means amber in Gaelic. Of course, with maturation three times faster, it means the angel’s share is higher, so around six to seven per cent of the liquid is lost per year, compared to the one to two per cent Scotch loses. Omar also uses a non-chill filtered method and no caramel is added during production.

Are domestic guest shifts and takeovers the future of outreach for bars?