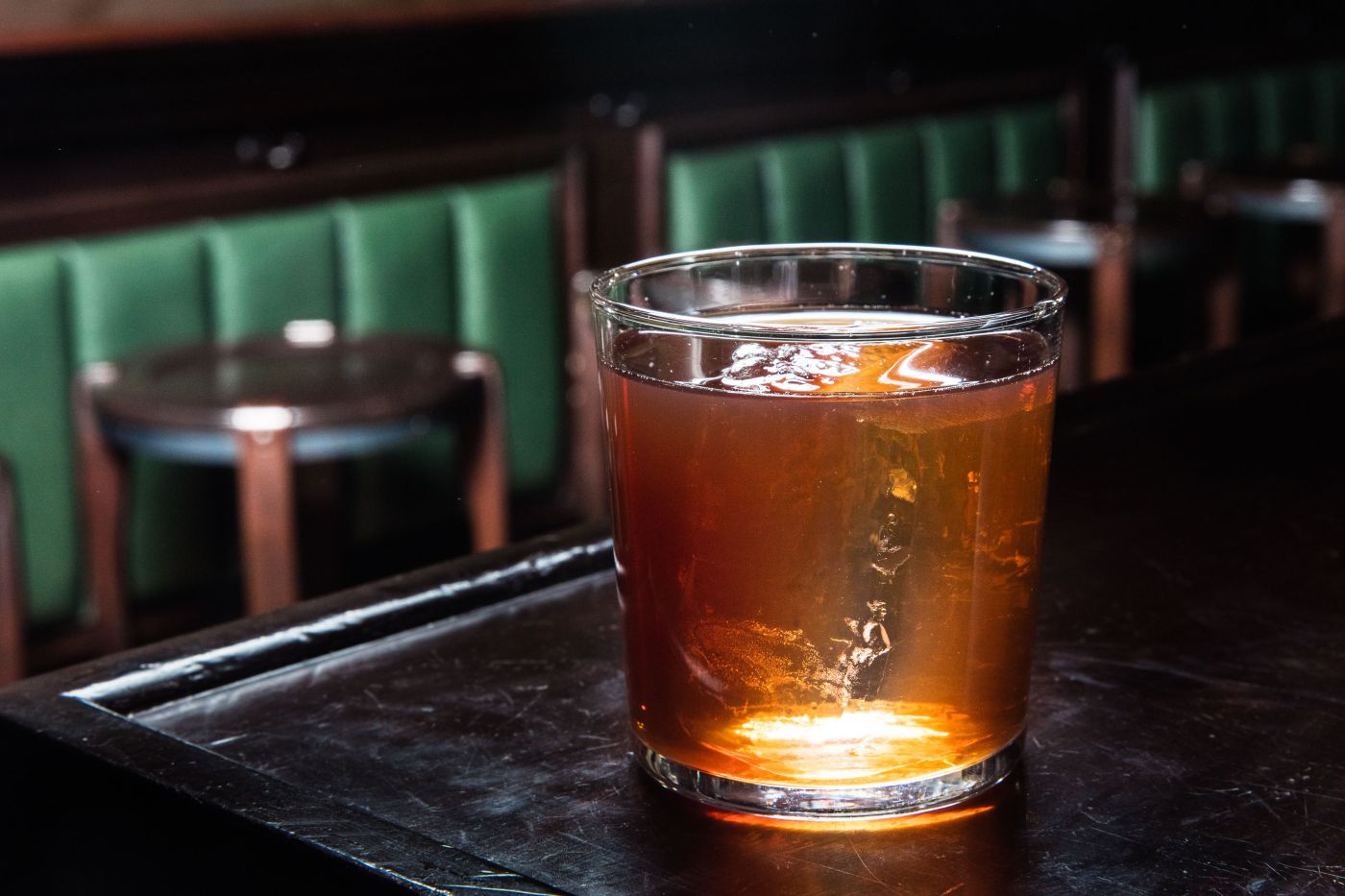 Is the Instagrammable cocktail over? After a period of flamboyance and humour, minimalist drinks are now in vogue, leaving Paul Mathew to wonder if we’ve out-grown the garish garnish.

Some cultural observers suggest the current era of modern bartending was ushered in with the flash of a flamed orange twist over that modern classic, the Cosmopolitan. Shortly after came the rediscovery of historical classics, with their traditional elegance and an occasional splash of garnishing exuberance for a Julep or Blazer. But then we seemed to get a little carried away. Over the past five years or so, millions of mini-pegs have been clipped to the rims of glasses, myriad exotic fruits have been dehydrated and an infuriating number of tiny ribbon bows tied before service. We’ve smoked, flamed, fogged and infused our creations to order at the bar, and we’ve stuck our drinks in everything from miniature bathtubs to copper pineapples and Lego elephants. But is all that coming to an end?

Looking at the pages of magazines and social media feeds, recent openings and new menus have been characterised by their restrained presentation: Coupette in London or Fancy in Singapore spring to mind. The Nick & Nora and the thin-walled highball are commonly the glasses of choice, while twists are expressed and discarded (or composted or fermented). Part of this fits with the move towards sustainability and reduced consumption, but it also corresponds to the increased effort put in to the drink-making itself. When the liquid has been engineered so carefully, why put something in the way?

“We have a strong belief that there shouldn’t be a garnish if it doesn’t improve the taste of the drink and there shouldn’t be anything obstructing you from enjoying said drink,” says Jillian Vose of The Dead Rabbit in NYC. “We always ask ourselves, does adding this garnish enhance the flavour of the drink? If it doesn’t, then we don’t use it. Simple as that.” Jesse Vida of BlackTail, also in New York, agrees: “For me a garnish should have function, like citrus oils on top of a Manhattan or a mint sprig in a Mojito. Everything should be done with purpose, so unless it’s enhancing the cocktail from a perspective of flavour it doesn’t need to be there.”

Increasingly though, the garnish has vanished entirely. Why omit such a traditional component of a drink? “Sometimes the liquid is perfectly balanced and a garnish is a distraction, so we then choose not to garnish,” says Zoe Burgess, head of R&D at London’s Drink Factory. “The Negronis we serve at Bar Termini are a good example of this. We pay a lot of attention to the colour of liquids and glasses we use at Drink Factory, you can see this across all of our bars, particularly in Untitled with drinks such at the Violin and Snow.” The Violin includes distillates of dark oak, pine, beeswax, benzoin and black pepper, harnessed to translate into a taste that suggests both the craftsmanship and sound of a violin. Here the glassware is the only garnish, but it performs the role spectacularly, evoking the shape of the instrument with its own contours.

Indeed, carefully considered glassware is a common theme among proponents of minimalism, effectively becoming the only decoration. “If you look at venues who create simple looking servers, often the glassware is beautiful, elegant and really fragile and expensive,” says Max Venning, owner of Three Sheets in London. But is there a risk that a marketing opportunity – the Instagram posts and influencer shares that have become integral to our industry – is being lost with the paired-back presentation?

“We have tons of things within the bar to look at, talk about, read and photograph, so we’re not too worried there is lack of content because we don’t garnish like crazy,” says Vose. At Untitled, it’s the central concrete table with its dramatic lighting that does the trick – Burgess refers to it as her favourite garnish, “complementing every drink we put on it”, while as Venning points out, “The experience in the bar is always more important than social media; people don’t come back to take another picture, people come back to have a good time.”

Minimalist doesn’t need to mean un-photogenic, anyway – possibly even the opposite in a crowded world of shared and liked garnishing tomfoolery. But while simple serves might offer clear-thinking, they also leave very little room for error. “Advantages are they can be cheaper, often quicker to make, and I suppose it can make it easier for guests to understand. On the flipside, there is less to hide behind – the drink has to be amazing,” says Venning. Monica Berg of P(OUR) agrees: “When something is very ‘simple’, it needs to be spot on every single time! A chipped rocks glass, unpolished wine glass or a warm stem will all bring you down faster than you can say ‘garnish’!”

Maybe balance is best then, and perhaps minimalism is something that has just evolved in some of the world’s best bars as the drinks have grown up. “I wouldn’t say we are conscious minimalists, more aimed at getting the right look for the right drink,” says Declan McGurk, bar manager of The Savoy’s American Bar in London. “The garnish is ultimately part of the journey. With That’s Life from our recent menu (see recipe) it is a whisky highball and I feel drinks like this benefit from a food item to refresh the palate. A large caper was chosen as it was perfect to both aid the cocktail whilst also creating that visual appeal” – simple, minimal, but adding something meaningful to the serve.

While minimalism might be becoming more apparent in some quarters, that’s not to say garnishing has had its day. Once famous for extravagance at Artesian, Alex Kratena of P(OUR) now sees the best of both worlds out there. “You can go to places like Oriole, with completely mental garnishes and over-the-top drinks, but you can also go to Untitled with super minimalistic serves. It’s up to you decide what’s avant-garde and what’s mainstream. The important thing is that all these bars happily co-exist and have their own audience. I love them equally because they forged their own path and follow it without caring whether you like it, or not.”

“When something is very ‘simple’, it needs to be spot on every single time”

Berg agrees that there is room for both, but also sees it as part of a changing market. “Every trend often is followed by an anti-trend – maximalism vs minimalism – but I also think it’s a sign of growth, meaning we as an industry (and our guests) have matured, and with that, also evolved. Minimalism is part of the ‘third wave’ a market goes through when becoming a cocktail market. First you have the classics, then you get the over-the-top creative concoctions, and then you get more subtle drinks.”

Perhaps then minimalism is a way of getting the bartender engaged with the guest again. After a period of showmanship and mixology, simplicity helps concentrate more on that relationship with the guest – surely what a bartender’s role should be. “We love simplicity,” says Venning. “But more than that we just see drinks as punctuation in your evening. We want them to allow you to carry on your conversation, allow you to enjoy your evening. I think show-stopping drinks have their place, but the most important thing in our bar is for people to be happy.”

Recipe (click to view)
One Hit Wonder, The Dead Rabbit

That’s Life by The American Bar