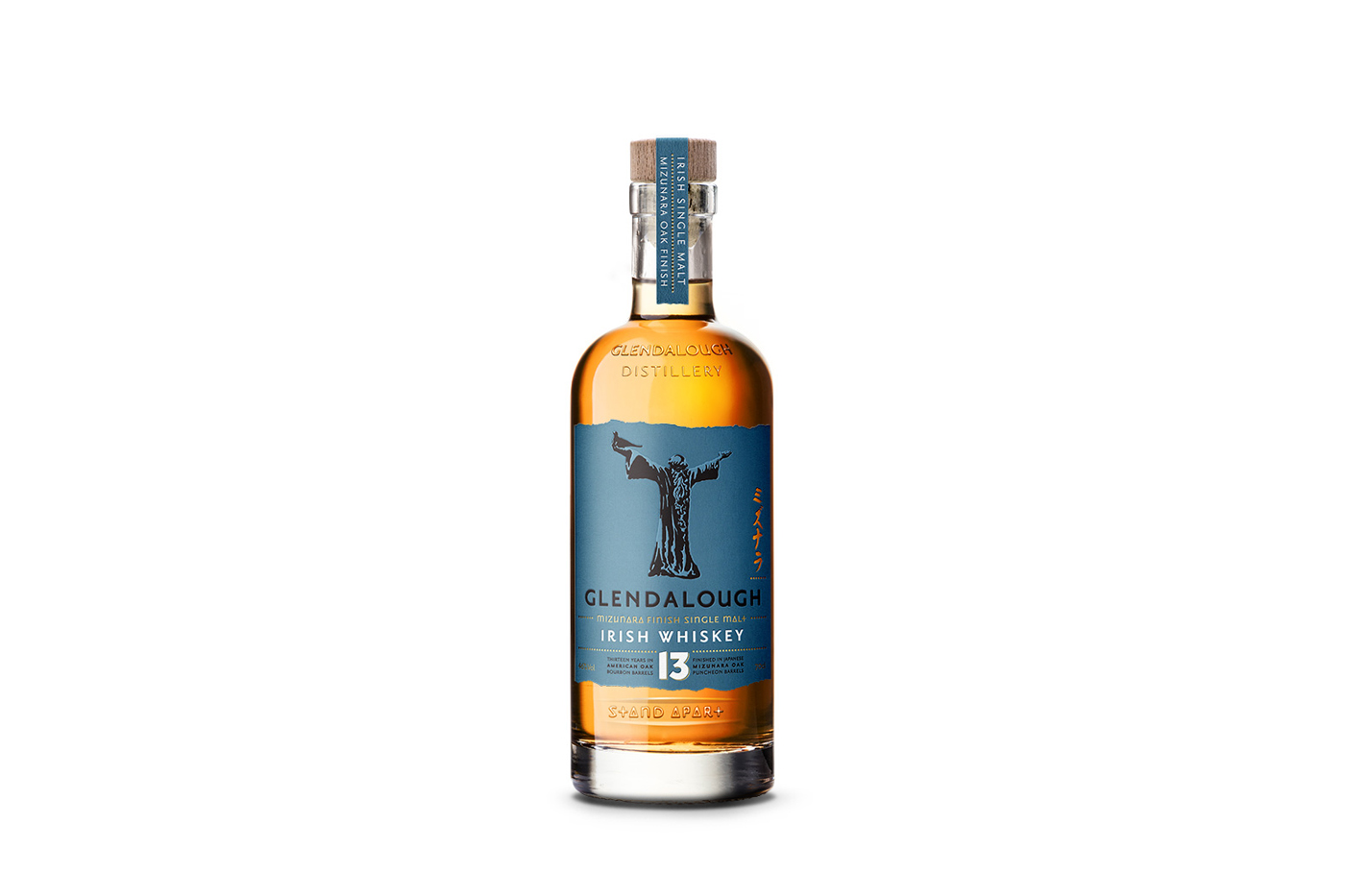 The world’s only Irish whiskey finished in Japanese mizunara oak. By Holly Graham

What is it? Glendalough, known as “the garden of Ireland”, is located just south of Dublin. The distillery was founded by five friends who left their city jobs to follow a passion and open one of Ireland’s new wave of smaller-scale independent craft distilleries. The Glendalough 13 Year Old Mizunara Cask whiskey is the world’s first and only Irish whiskey finished in Japanese mizunara oak. Hailing from Hokkaido in northern Japan, virgin mizunara is coopered in Miyazaki Prefecture in the south. Not only is it the country’s only independent cooperage, it’s also run by Japan’s oldest cooper. This single malt is made from locally grown and malted barley and no smoke or peat is used in the malting process. It’s double distilled in a copper pot still and aged in first-fill ex-bourbon casks and finished in the mizunara cask.

How does it taste? A light caramel colour, the nose has a very distinctive aroma of fresh oak with honeycomb and citrus. On the palate, it’s smooth with rounded fudge notes spiked with marmalade, followed by cinnamon and cloves and long, chocolatey finish.