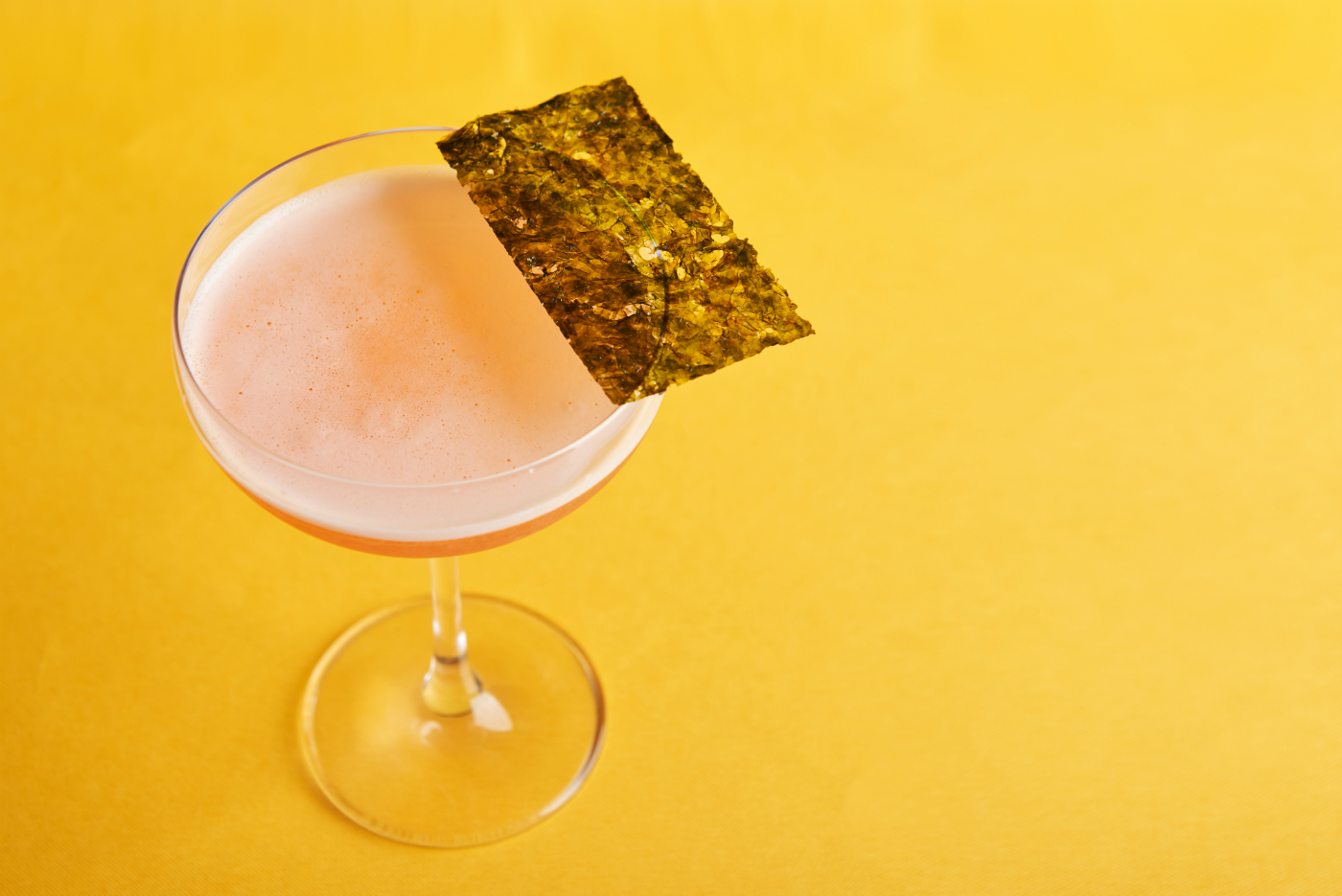 One of the best sellers at the Union Trading Co was born out of a joke.

There is a very funny story behind Miso Caliente. It’s actually named after Atsushi Suzuki. There was a very big joke going on last year after Atsushi won the Chivas Masters. I don’t know which WeChat platform it was, but they interviewed him after the competition. I don’t know how the translation came about, but in the Chinese article they claimed he was half Japanese and half Mexican. It’s the funniest thing I’ve heard in my life! Then we went to New Orleans together last year and joined an Altos Tequila party with a full-on luchador competition. There was this one competitor whose name was Chocolate Caliente. I was like, “Wait! If he’s half-American and half-Mexican and his name is Chocolate Caliente…”. I turned to Atsushi and said, “You’re half-Japanese and half-Mexican, so you’re Miso Caliente!” From then on, he’s known as Miso Caliente.

Since Atsushi is a good friend and he’s not here full-time any more, because he travels back and forth from Shanghai to Tokyo, I thought it would be really fun to name a drink after him. Miso is the very definition of umami – fermented beans and stuff like that. It’s also quite salty. One of the biggest trends going on in the cocktail world – we don’t have to follow trends per se; it just so happens one of the trends makes fucking tasty drinks – is the combination of sugar and salt, because they bring out flavour. By having the umami element in it, it’s almost like natural MSG. So I figure I’d just make a cocktail with a ton of flavour and layers to it. We tested different miso – yellow, white and red – and ultimately the difference is how much salt and umami is in each. We decided to use red miso because it has an extra sharpness to it – the flavour is more in your face.

The base of the cocktail is blended Scotch whisky, because its maltiness plays well with umami. Then we add some homemade chili tincture: we infused vodka with a high concentration of Sichuan red peppers, which are not the spiciest chillis you can find on the market, but are very aromatic. So you have an aromatic element, you have an umami element, you have a spicy element, you have sweet and sour combined with a very tasty malt that is enhanced by umami itself. Umami and salt are like modifiers in this drink: think of them as vermouth or Chartreuse. They enhance and complement other flavours.

Everything you didn’t know you needed to know about awamori