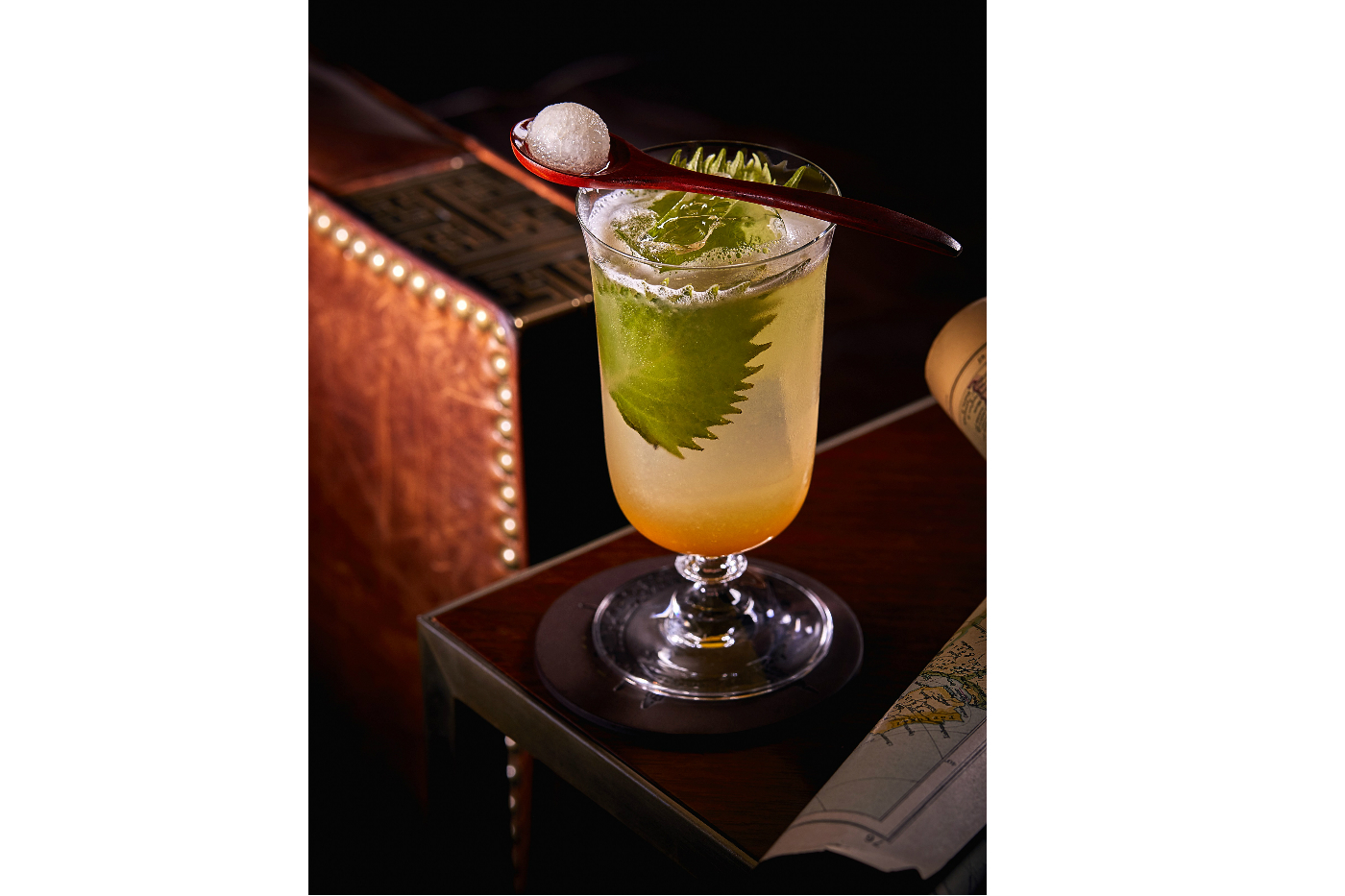 This recipe was first published as part of our Behind the Recipe feature on the Wellington Tea Punch.

Lorenzo Antinori, head bartender of Charles H at the Four Seasons in Seoul: “All the drinks on our menus have a story and the Wellington Tea Punch pays homage to Hong Kong’s blend of local culture and colonial British elements. Inspired by Hong Kong milk tea and the city’s famous Lin Heung Tea House on Wellington Street, I wanted to introduce the milk-washing technique to my staff and build a rum sour with savoury elements from the doenjang (Korean white miso) syrup.”

Shake all the ingredients and double strain into a short Collins glass with ice and garnish with a perilla leaf.

*Doenjang syrup: 500g white soy bean paste; 50g Korean pear; 1l water; 2 egg whites; white sugar (double amount of the clarified liquid weight). Chop the pear into cubes. Combine soy paste, water and pears in a pot. In a container, strain the egg whites and add 100ml still water and whisk to combine. Add the egg whites to the soy paste, water and pear mix. Bring to the boil, whisking gently. Cook gently for two minutes until the egg whites have coagulated and formed a thick crust on the top. Strain through a cheesecloth and then a coffee filter. Weigh the clarified liquid and add the double amount of white sugar. Put back in the pan and heat gently until the sugar dissolves. Vacuum pack the syrup and refrigerate.

** Pu-erh tea tincture: 700ml vodka or preferably Everclear; 7.5gr Pu-erh Tea. Sous vide the ingredients for one hour at 60 degrees Celsius. Place in an ice bath for a few minutes and strain through a coffee filter.