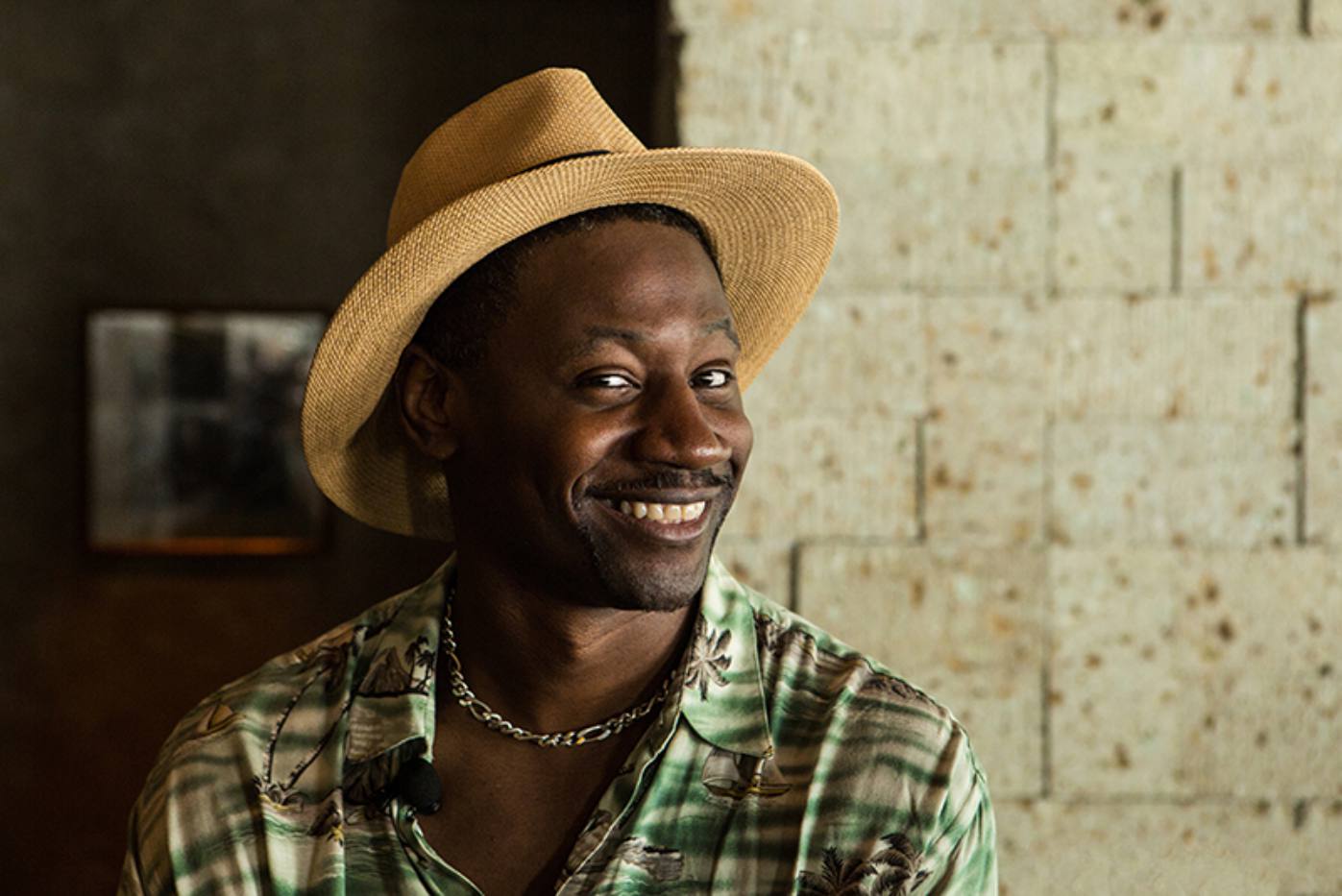 The Rum Ambassador considers how the sugar cane category can clear a path to transparency. Interview by Jonathan White.

Rum has to understand where it’s at. It’s still developing as a category, still developing with drinkers, getting people to understand why they are paying big money for a certain bottle. The biggest problem rum has it that the most popular rums are cheap, so people think of it as a cheap spirit. The only way you’re going to know otherwise is if we tell you how we make it, what’s inside it, and why it’s as good as the whisky or the bourbon you’re drinking. That’s the message rum producers need to get across. It’s not good enough just saying “we’re super premium”, “we’re this” – that only works with vodka.

How is that happening?

Luca Gargano has been pushing to create a new classification for rums and it’s all based on how it is produced – distillation. If you think of the top single malt whiskies, they’re all pot still; cognac, all pot still. That was the original still, but what you’re getting today is a lot of products made in multi-column stills, which is just a modern version of distillation. And that’s fine, it’s evolution. But when you’re paying, you have to say, “Am I going to pay for a product that is multi-column, that’s thousands and thousands and thousands of bottles? Or am I going to pay a premium for something that’s only a single batch, that’s come out of a pot still and it’s got a lot more flavour inside because that’s how the still works?” Because that’s what happens in whisky – people pay more for single malts because they are pot still. They pay a little bit less for blended because they are blends with column still whiskies.

They are saying, “We’re tired of the lack of transparency within the rum industry”

Some rum producers are already calling the rums they make on a pot still “pure”. If it’s from one distillery, they are using “single” to describe that. People are labelling these rums as “single pure rums”. Traditionally meanwhile, rum blending was where you’d have a distillery that has a pot and it has a column. It’s all from one distillery. So a lot of the English Caribbean – Barbados, Jamaica, Guyana – they all have pots and columns, and they are now calling their rums “single blended rums”.

How are the multi-column producers reacting?

Here lies the problem. If you’re making a rum that’s from a multi-column still, it doesn’t mean it’s a bad rum. It doesn’t mean it’s a cheap rum. Some of these producers that make their rums from multi-columns may feel inferior because they can’t use that word “pure” or they can’t use “single blend” on there. So that’s the problem now with the industry. When I talk to various different brands, especially brands that use multi-column stills, I tell them Gargano’s system is just classifying the rums, it’s not a level to show the quality. If I look at a bottle and I see “pure single rum” on there, I know it’s pot still, it’s from one distillery. If I drink it and it tastes like shit then it’s still bad rum. If I drink another rum and it doesn’t say that then I’m going to assume it’s from a multi-column still and, again, if tastes good, I’m going to enjoy it.

And what will happen is that people will have to make their products a little bit better or make people assume they are paying a little bit more for something that is more artisanal if they are using a pot still. So that’s where rum is going at the moment. and it is evident because there are certain rums that have quadrupled in price overnight.

What else is stopping this?

There’s so many different rules and regulations, everyone has a different interpretation of rum. My first rum that I drank, my go-to rum at a party, is Wray & Nephew overproof – 63 per cent alcohol, unaged white rum. It’s raw rum from Jamaica. In many countries around the world that rum would not be defined as rum because it’s unaged – you have to be aged in certain countries. But Wray & Nephew overproof is a typical Jamaican white rum. So first of all it’s important to understand that there’s never going to be a scenario where every country is making rum the same way. But what you can do, especially the countries that import, is create a standardisation where consumers understand a little bit more about what the rum is they’re buying.

If you’re making a rum from a multi-column still, it doesn’t mean it’s a bad rum

It’s also the responsibility of the countries that make their rum to make a lot of noise about what rum they are producing and why they are different from other products. So Barbados needs to say, “These are Barbados rums, these are our rules and regulations. We don’t add this and this, we don’t do that. We distil on pot stills and column stills.” Venezuela does that – they have a DOC. So you know with Venezuela that the rums have to be two years old, they use pot and column stills, and if there’s an age statement on the label, it’s the youngest product inside, not the oldest.

But in Guatemala they use the solera system. Solera – yeah, you might think it’s controversial, but in Guatemala it’s fine, as long as you know it’s solera. A Jamaican can’t go to Guatemala and say, “You should be making your rum this way. If you put an age statement on there that should be the youngest not the oldest like we do in Jamaica.” Because the Guatemalans will be like, “We make our rum our way in Guatemala.” If people want to buy it in America and Europe that’s fine – unless the Europeans, the EU, or the TTB in America or the LCBO in Canada say that any age statement on the bottle represents the youngest product within it, like they do with whisky. That’s where some of the rules can be consistent. Again, that’s down to the importing countries. It’s not going to be down to the individual rum companies, because it’s not beneficial for them.

Will that situation ever play out?

It could do with a little more noise. It’s happened before with other spirits in the States, such as when Templeton Rye got sued for claiming to be made in Iowa when it wasn’t. There is precedent. It’s the power of people talking, it’s the power of the internet. It’s the power of putting pressure on these bodies. It’s not a nice feeling when you’re trying something for the first time and you’ve spent a couple of hundred bucks on it, and you think it’s a 21-year-old because your notion of a 21-year-old whisky is 21-plus, but you drink it and it’s a bit thin, tastes OK but not what you thought it was going to be, and then you find out it’s a 21 solera where they blend in rum from 3 years up to 21.

If someone decides to sue one of these companies one day, they will have a good case and that would then start the ball rolling. And someone will sue one day. “I bought a 21-year-old, but it’s not, although it specifically says 21 on the label.” What’s the company going to say?

What about the countries themselves, what can they do?

Jamaica has just created a GI, a geographical indication, as recently as December last year. There are now rules and regulations on what a Jamaica rum is and who can use the word Jamaica on the label. Things like the type of still you’re allowed to use, the type of sugarcane you’re allowed to use, the yeast, the water, the bottle strengths. Now it is down to that board and the Jamaican government to enforce that. For example, in Germany they have a product called rum vershnitt. It’s 95 per cent local spirit and 5 per cent heavy, heavy Jamaican rum. But some of them put “Jamaica” on the label or “Jamaican vershnitt”. They won’t be allowed to do that if the Jamaican government say they can’t.

If someone decides to sue one of these companies one day, they will have a good case

That’s the type of thing that the Jamaican government has to do, the Barbados government has to do, every island that wants to promote their rum as an international spirit. The French are the best at doing that when it comes to the Champagne region, the Cognac region. This is how they make the product, and they will enforce that globally. What we have seen is certain distilleries putting their money where their mouth is. They are saying “We’re tired of the lack of transparency within the rum industry so what we’re going to do is tell everyone what we’re about.”

When they make a bit of noise about it, people see them and taste them, then will ask other brands, “Why are you not saying the same thing?” Instead of telling people how to make rum, which is always going to be taken the wrong way, they’re saying, “Let’s focus on our own rum and let’s promote that around the world.”

Get to know: The Cuba Libre

Is it possible to actually classify rum?