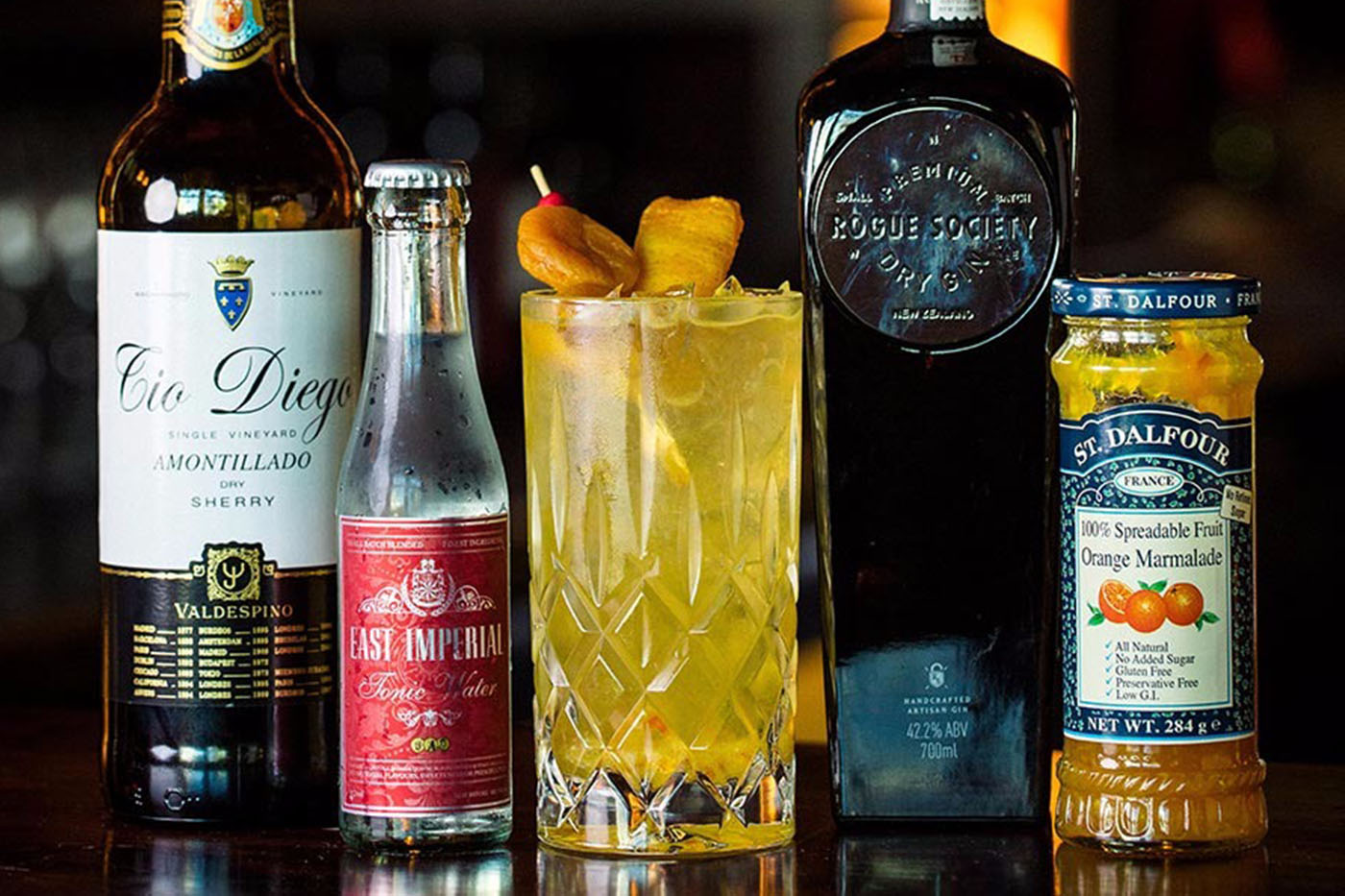 “The idea for my cocktail came from the seasons. We were right in between Summer and Autumn when the competition was beginning in Auckland, which made me think of the beautiful fresh and bright fruits in seasons, which is why I decided to go with a G&T with a twist of apricot and orange. I would consider the secret weapon for my beverage to be the addition of dry sherry, which gives the fruit a richer and slightly woodsy characteristic, and adds the cherry on top of the drink, figuratively speaking.” – Haans Mayer, The Golden Dawn, Auckland.

Stir and serve with ice in a highball glass. Garnish with sherry rehydrated apricot and candied orange peel.

Gin Jubilee returns to Singapore for its grand finale