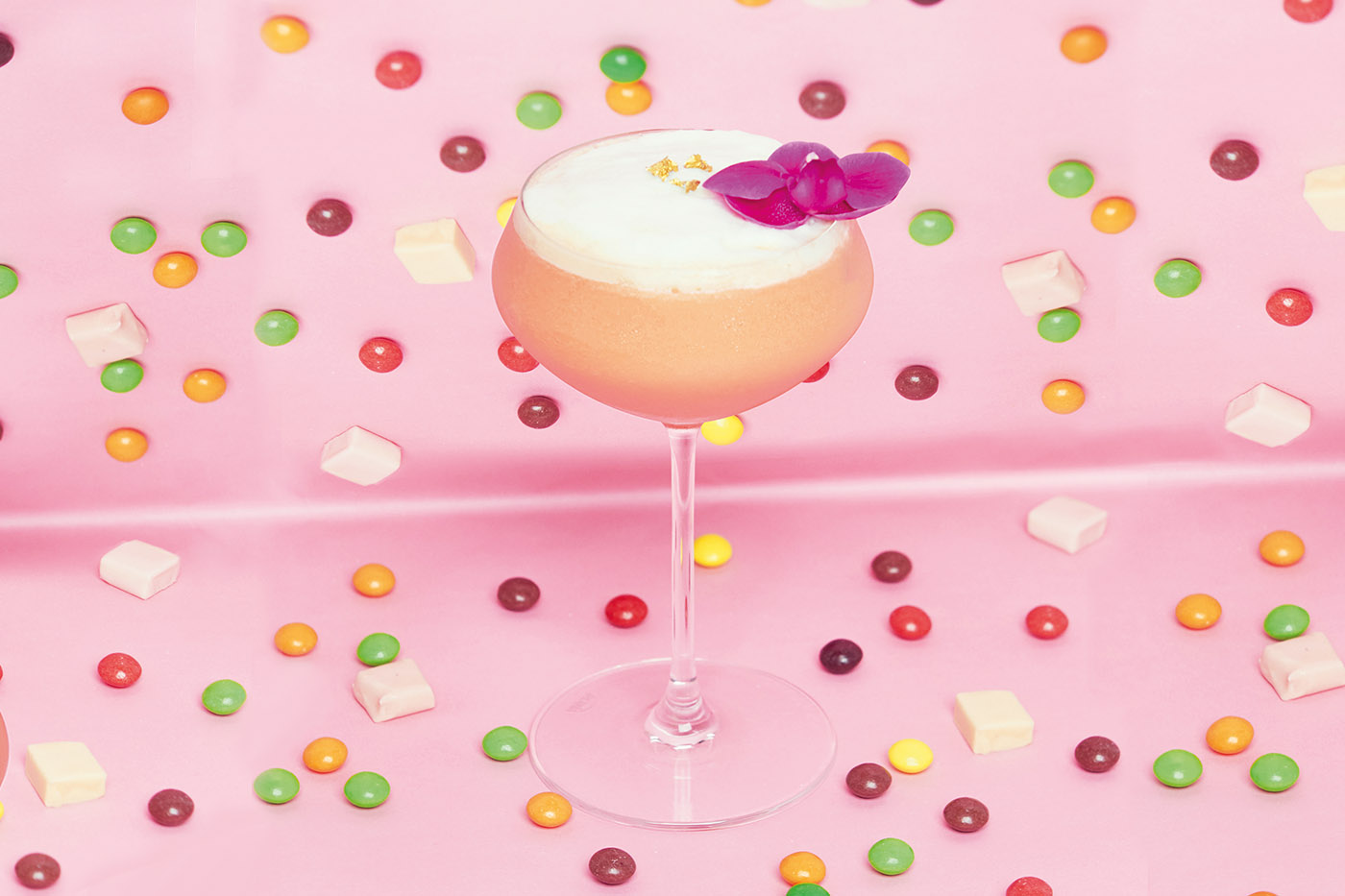 Epic Shanghai owner-bartender’s creamy cocktail uses lychee and osmanthus in the mix – only because it works in the drink.

The idea of creating this drink came from sweets I once tried with three different flavours: lychee, vanilla and yogurt. I don’t think they produce them any more but I found them quite interesting, and when I saw a bottle of yoghurt liqueur in my fridge I used the memory of those sweets as a starting point for a cocktail on our new Drink & Pretty menu at Epic.

Lychee is a seasonal fruit, but the ones used in cocktails like a Lychee Martini are usually canned, because it’s hard to get rid of the cores. I think that affects the freshness, but meanwhile, if you only put the fruit, it’s less juicy. So I went for Monin syrup instead – it’s a more intense flavour. I also added some pink grapefruit juice – it is bitter yet sweet, and it’s refreshing, which will perfectly balance the lychee’s sweetness.

As for gin, it is more popular nowadays than to vodka, and it’s a great pairing for something fruity. I wanted the drink to be creamier – you know, 90 per cent of our guests are female and they like something sweet and creamy. When it turned out to be too sweet – yeah, even for a drink that is targeted at sweet-toothed female drinkers – I thought that osmanthus wine could work. It’s similar to vermouth as a wine base but more interesting. It’s a perfect match for lychee’s fruitiness and the distinctive taste of gin. I also added a little fresh lemon juice to further balance the sweetness.

There was a trend for using Chinese ingredients a few years ago, especially at competitions, I think that’s passed. I’m not interested in using Chinese ingredients just for the sake of it – some bartenders do that and it makes drinks one-dimensional or unbalanced. I try to look to the main profile of a drink, then think about ingredients to match it. If Chinese ingredients can do that, then cool. There are a lot of ingredients in this cocktail, but as a whole, the combined flavour is really unique. And the photogenic presentation of the edible petal and gold leaf make it a hit among most of our drinkers.

Shake all ingredients and serve in a cocktail glass over ice. Garnish with an edible petal and gold leaf.