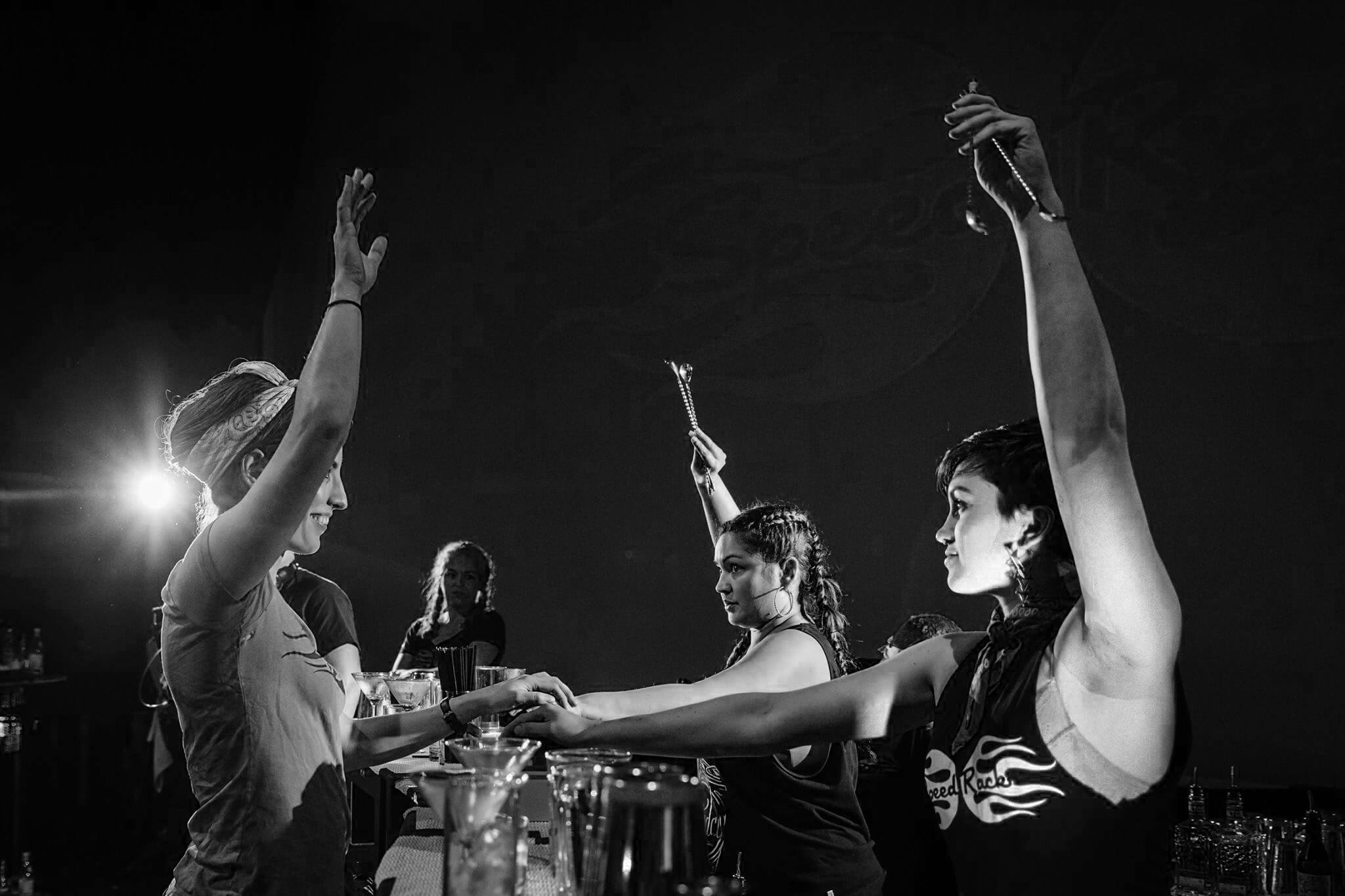 First time at Speed Rack and not sure what to expect? No sweat, it’s Asia’s first time too. The all-women speed bartending competition ran its first contest in the US in February 2011, and six years later, now reaches out to Canada, the UK and Asia to celebrate the girl power in the drinks industry. The competition also sports a do-good angle, with plenty of awareness and support for breast cancer research, education and prevention, and a good heap of money raised throughout the event’s run so far.

For this first edition of the race here in Singapore, founders Ivy Mix and Lynnette Marrero are here to lend their support [link] and watch some of the region’s best female bartenders showcase their skills.

On Sunday, the competition starts at 11am at The Great Escape with a preliminary round judged by Peter Chua (Crackerjack), Zac de Git (Crackerjack), Tasha Lu (Hendrick’s) and Chris Lowder (Proof & Company). All 22 girls will be tested on their ability to prepare four good drinks – announced beforehand – in the fastest time possible, with the top eight moving on to the finals.

In the finals, the eight ladies will compete in head-to-head pairs to prepare a series of drinks announced on the spot – they’ve been tasked to memorise 50 possible recipes that they might be asked for. The winner, judged by Vivian Pei, Micaela Piccolo (Maison Ferrand), David Cordoba (Proof & Company) and Camille Ralph-Vidal (St-Germain), will be the woman that scores top marks for speed, taste of their cocktail, presentation and cleanliness.

You won’t have to wander too far away for sustenance on the day too. Park Bench Deli will be serving grub at the venue, and drinks will be sold on the day for $10 a pop with proceeds going to charity. Post event, Antidote at The Fairmont Singapore will be hosting Speed Rack’s after party from 6 to 11pm. It’s all for a good cause, so come with good spirits and your pompoms to cheer the ladies on. We’ll see you there.

Budding drinks entrepreneur? These are the seminars to attend at Singapore Cocktail Festival