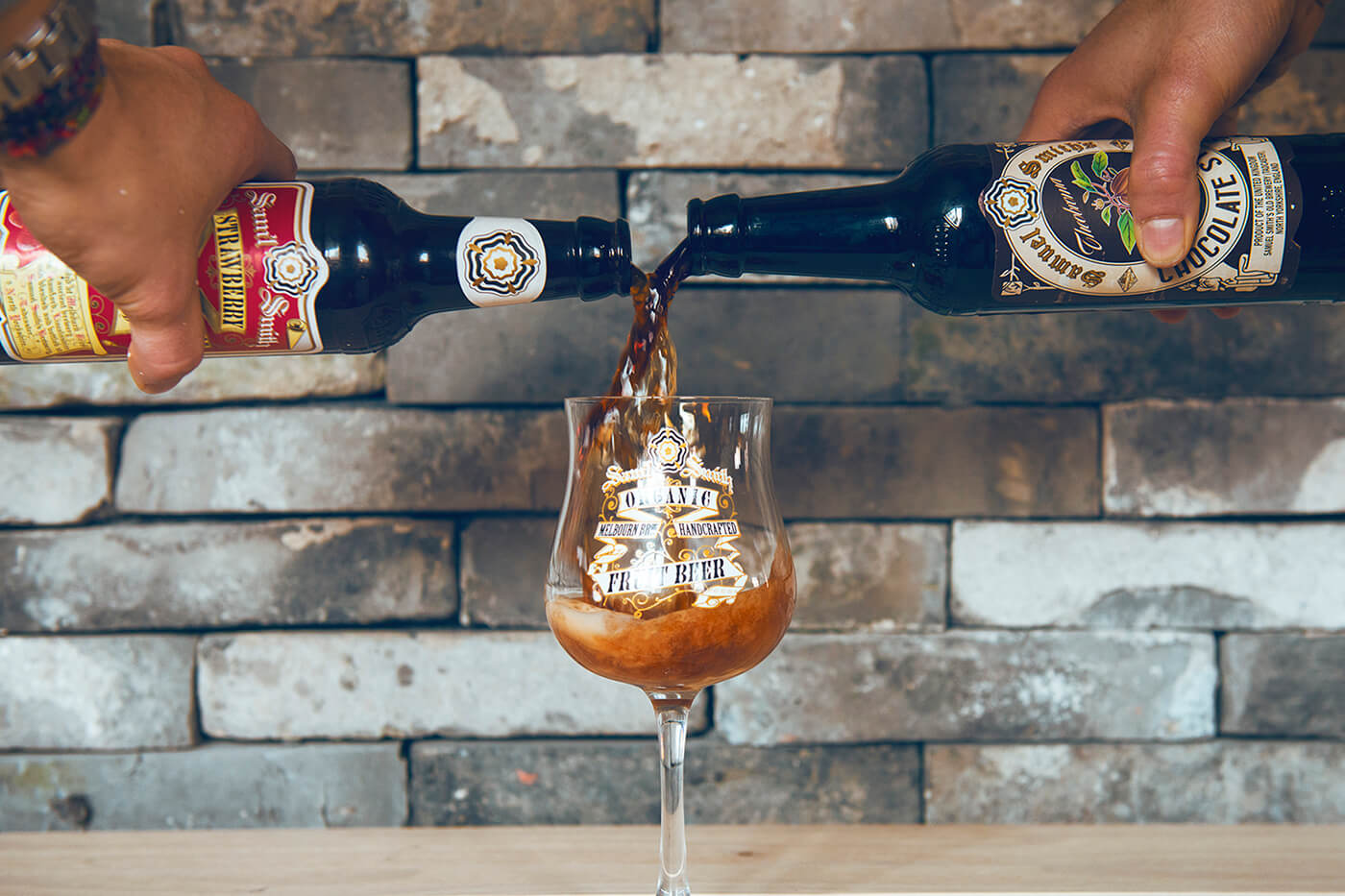 What is it? Life is full of contentious choices: red or black, heads or tails, City or United, strawberry or chocolate. Some choices have to be mulled over, others have a clear answer: strawberry (and United). Which is why Samuel’s Smith Strawberry Ale is this week’s Friday drink.

Or why Samuel Smith’s Chocolate Stout is.

How is it made? With strawberries grown in unicorn manure and handpicked by fairies. OK, maybe only in my head, but the website states organic barley and wheat that is conditioned, aged and blended with organic strawberry juice for a 5.1 per cent abv beer.

There are no unicorns in North Yorkshire, but it is “God’s Own County” according to its natives. The chocolate stout has similar organic chops to its strawberry sister, which it wears proudly as the county’s white rose on its label, and made using traditional methods.

How does it taste? Smells like a basket of freshly picked strawberries with a crisp dryness, and tastes mightily fruity with sweet and tart berries. Robust bubbles act as a nice foil to the richness. An adult strawberry soda.

While the chocolate is a velvety vat of cocoa on the nose, that turns out much lighter when it reaches those tastebuds. Delicious in its own right and not too rich, as can often be the way with chocolate beers. The words “bubbly chocolate milk” seem wrong when written, but they taste so right.

There was only one way to solve the this-versus-that conundrum: mix them together with an almost scientific precision and hope for the best. How wrong could it really go though? It’s like a Neopolitan ice cream should be if someone came along and relieved you of the boredom of the vanilla.

With a 2:1 part of ale and stout, however, the drink takes on more body. The malt adds depth, and soon you’re sipping on a white chocolate panna cotta with strawberry sauce. If chocolate can make the strawberry experience better, I might one day change my answer.

This could have gone horribly wrong. That it didn’t is probably because of the fine people of Samuel Smith. The 1:1 ratio (and then going wild with 2:1 in favour of the chocolate resulted in an even better drink. Chocolate covered strawberries are seen as a luxury (and an aphrodisiac) for a reason. It turns out that two’s company. Beer cocktails, eh? They’re the future and we’ve tasted it.

Read more about beer cocktails in Issue 01 of DRiNK Magazine.

In Issue 05 of DRiNK Magazine, we pit Samuel Smith’s Strawberry Ale against its more new-fangled fruit beer counterparts. Subscribe here to get your copy.

The Anti Bar Awards are back