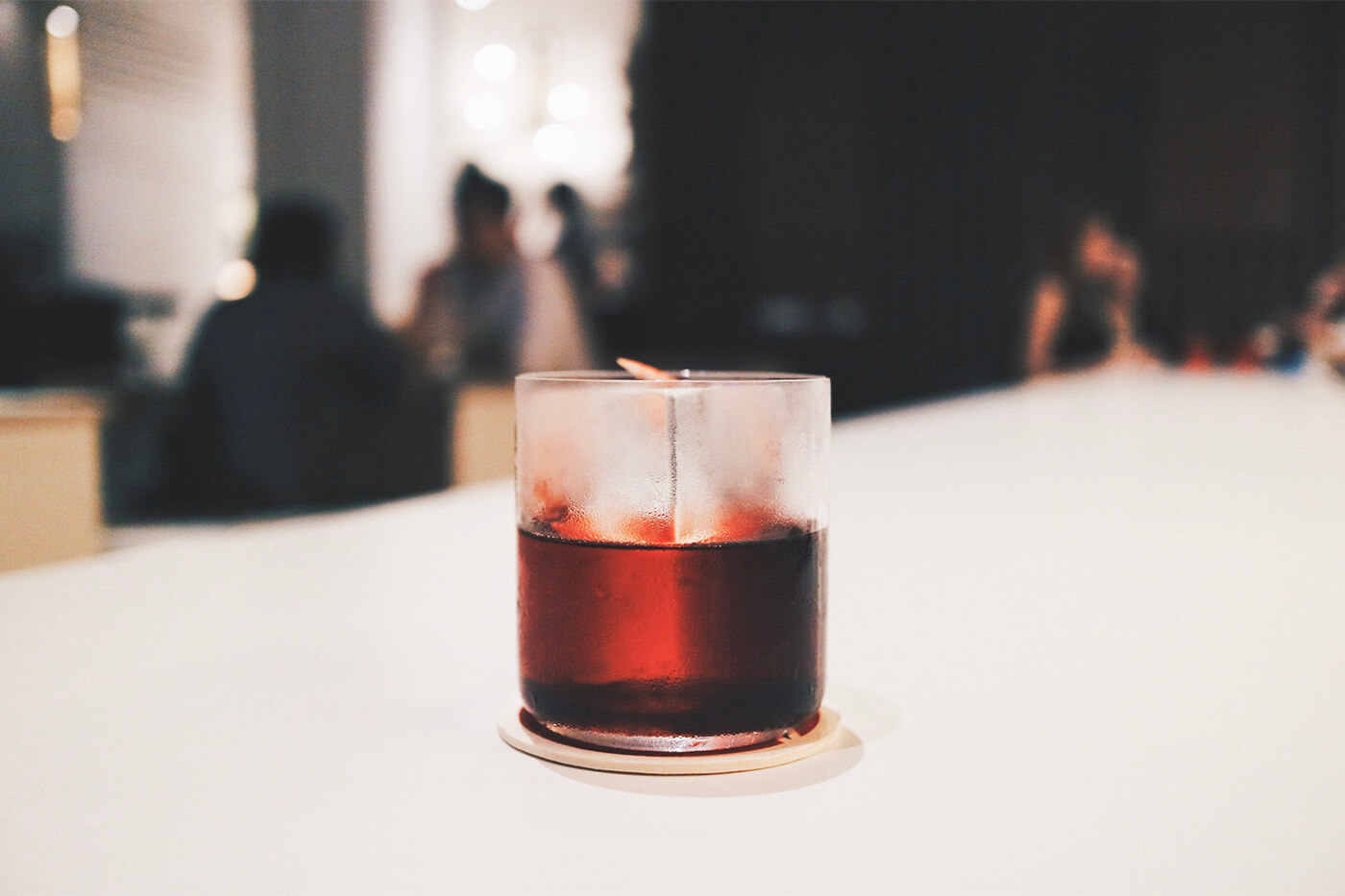 What is it? A Negroni on vacation in the balmy climes of Oaxaca. Although the experts we met at last year’s Agave Love said it was still early days for mezcal to lay claim to its own classic cocktail, we’re certainly seeing a strong case being made for the Mezcal Negroni, with a bunch of agave-loving bars like Super Loco, Vasco and Tanuki Raw in Singapore building the consensus with their own versions of the cocktail.

At Crackerjack, its decorated co-head barmen Peter Chua and Zachary de Git spin their love for agave spirits – the pair spent a good few weeks touring the palenques of Mexico in 2016 – in this spirit-forward sipper, part of the 5 Deadly Venoms group of drinks on their cocktail menu.

How is it made? The Negroni’s 1:1:1 ratio holds true, with rich copper pot-distilled Mina Real Blanco meeting its match in Giancarlo Mancino’s punchy Chinato – a three-vermouth blend imbued with quinine – and orange bitter aperitivo Rinomato. Crackerjack gets extra props for presentation – the clear, deep amber elixir is decanted over a sharp-edged, extra clear block of ice in a sleek thin-walled rocks glass that just coos of its elegant flavour.

What does it taste like? Agave forward, beautifully melded and bodied, but it won’t put hairs on your chest. The magic to this sum of powerfully made liquors is a lick of chocolate, which smooths down the brasher edges of smoke, bitterness and candied notes. In a city with a nascent appreciation for mezcal, this cocktail is one of the bar’s top three sellers, leading Chua to call it a “good gateway drug” into the realm of agave spirits. The mezcal classic has arrived. Go spread the word.

Stir over ice and serve with grapefruit peel in a rocks glass.