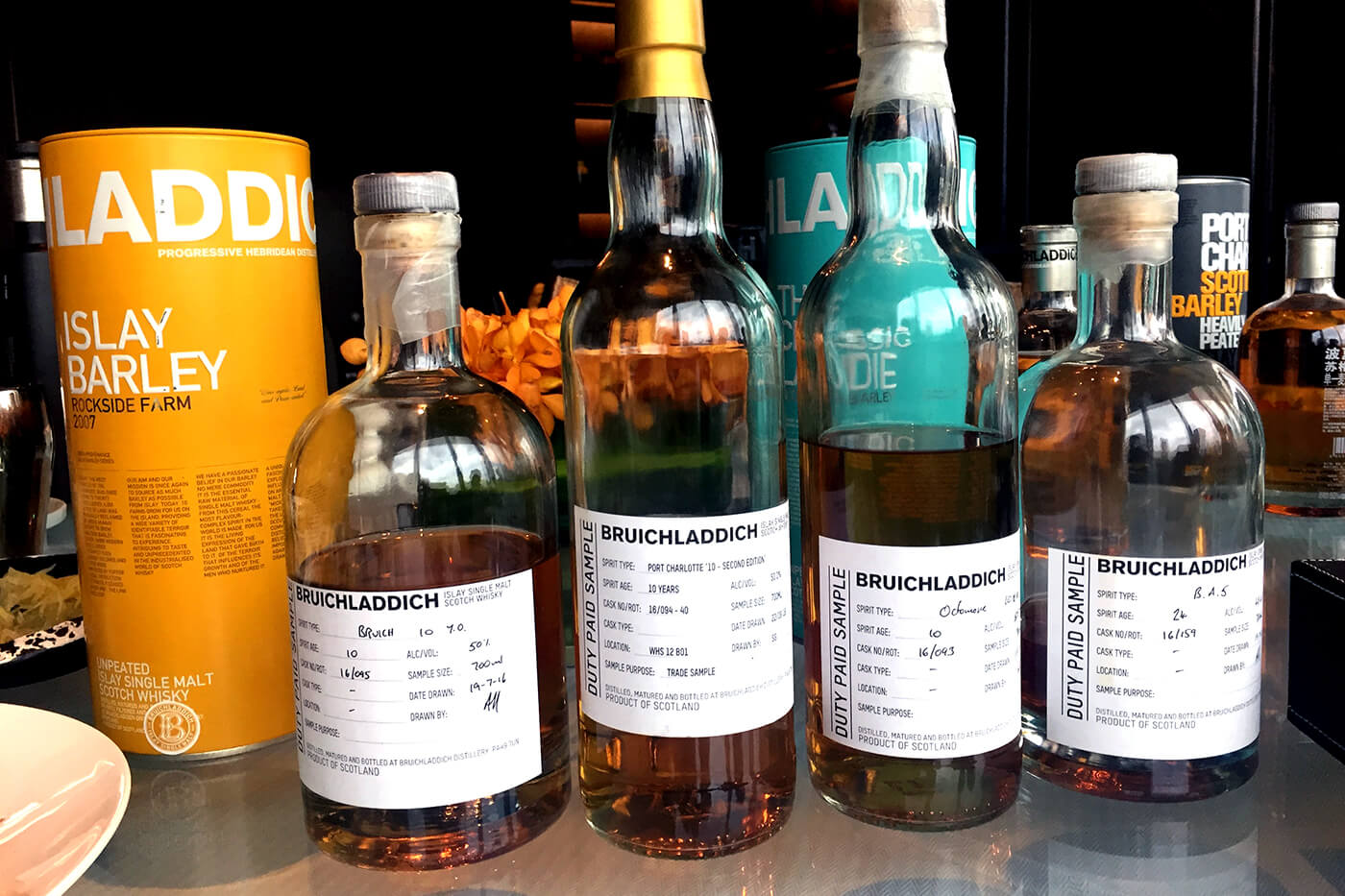 A quartet of Bruichladdich bottlings. By Jonathan White.

What is it? Truth be told, we’ve been sitting on this, but it’s a new year – the year of the Fire Rooster, no less – and the chickens have come home to roost in the time since we tried four yet to be released Bruichladdich bottlings on a blustery November afternoon that will go down in infamy. The drams in question were the Bruichladdich 10 year old, Port Charlotte 10 Second Edition, Octomore 10 year old and the Black Arts 5.

How is it made? Adam Hannett is the new kid on the block as far as the House of Bruichladdich is concerned, having taken over from Jim McEwen as head distiller following a decade-long apprenticeship. These four whiskies are the work of his hand. Two – the Bruichladdich 10 and the Black Arts 5 – are unpeated, while the the Port Charlotte and Octomore are pretty peaty indeed, but all share the same foundations of Islay water and Scottish barley distilled and matured on the banks of Loch Indaal.

What does it taste like? Bruichladdich’s Simon Coughlin and Douglas Taylor, who introduced the whiskies, talked about them as aperitif and digestif drams and Non Age Statements as multi-vintage, or “multi-cuvee” in the language of Coughlin’s background in wine. They also spoke of them in terms of mood and these being “mood malts”. That was fitting for an overcast afternoon that would have called for a whisky anyway, but had an added mood of despair, coinciding as it did with the live count of the US presidential election.

Each whisky had its own character on top of the maritime DNA common to all Bruichladdich bottlings but they were all welcomely transportative to sunny fields or sitting by the fire as the rain peppers the windows. The rich, almost magical complexity of the Black Arts stood out most as it was so different but the three 10s, tasted side by side, gave a real insight into how different casks (bourbon, sherry, French wine) and maltings (unpeated to 167ppm) shape the spirit. That trio of 10s is on limited release now, with the Black Arts 5 set to follow.