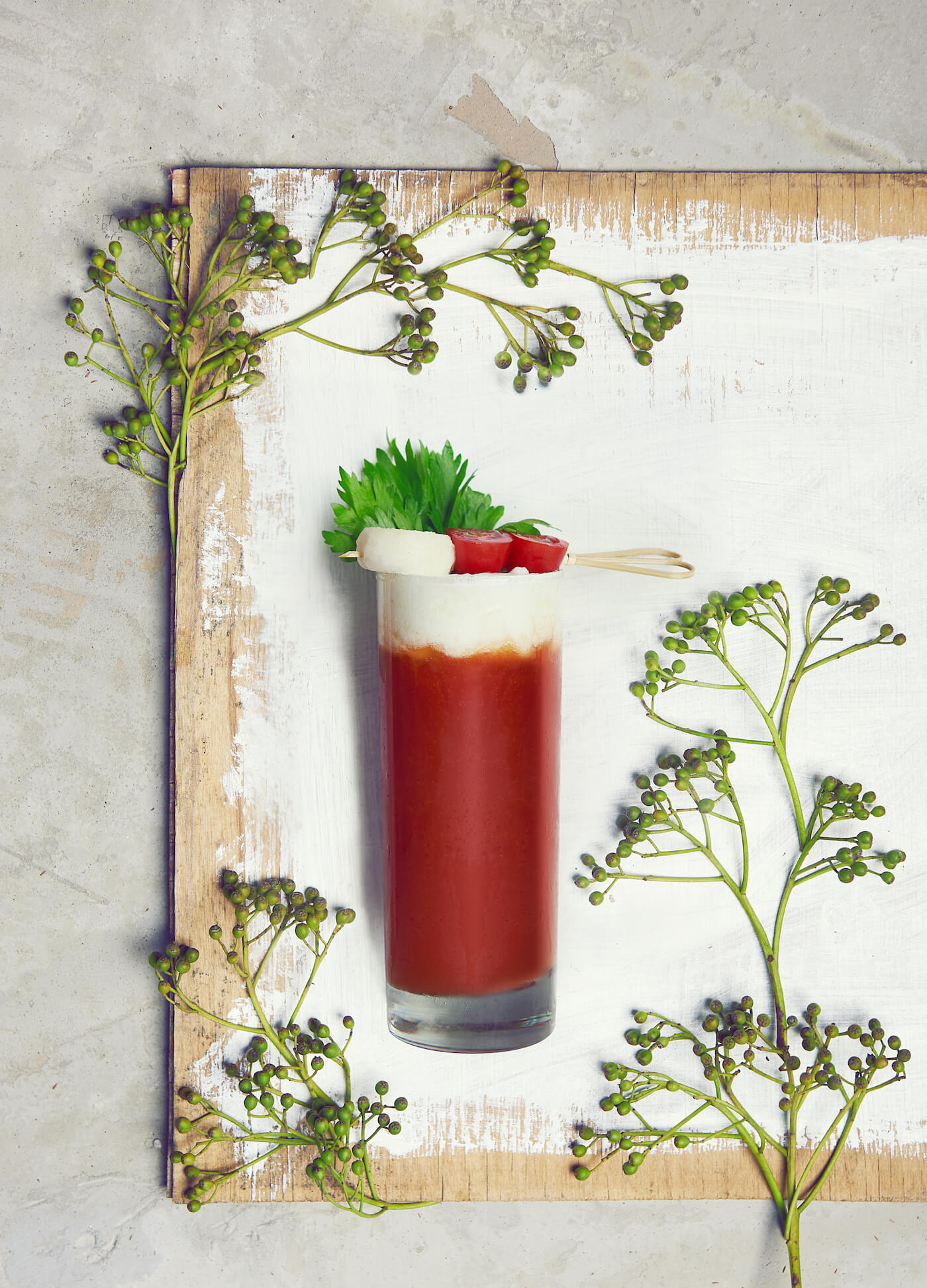 From the Batak tribe in Indonesia, a good kick of heat for this Bloody Mary at E&O.

If you look for andaliman peppers in Google, you’ll find that it’s similar to Sichuan pepper – it looks like it, but the taste is totally different. Andaliman peppers are more flowery in flavour with a citric hint, and the Bataknese people from North Sumatra use it in dishes like pork saksang with pig’s blood and fish arsik, for a kick. Six months ago, my executive chef at E&O, Will Meyrick, challenged me to make a cocktail with these peppers. In Jakarta, there are many Bataknese restaurants so I know I had to be careful with the numbing taste of the seeds. To counter that, I used a small batch pot still vodka (Ketel One) with a thicker, oily character so the infusion is more balanced – a cleaner vodka might be overpowered by the pepper – and only 15ml of that combined with some un-infused vodka, so I can change the ratios when I mix the drink, in case I make the infusion too strong.

I thought of cocktails with spice and of course, there’s the Bloody Mary – so instead of Tabasco sauce, I made it Indonesian and used andaliman peppers and asinan mix, a pickle from West Java. That’s a mix of vegetables, but instead of water with vinegar, it uses chilli juice so it’s sour, spicy and sweet. I’ve named this cocktail after an Indonesian horror movie that’s famous in Europe, Macabre – or Rumah Dara in Bahasa – which is like an urban legend about a hitchhiker. It’s my creepy name for a Bloody Mary with Indonesian flavour.

Throw liquids and decant into a collins glass. Top with asinan mix foam, and garnish with cherry tomato, celery and a cube of jicama.

*Andaliman pepper-infused vodka: steep 20g of andaliman peppers with 100ml of vodka overnight, or for 1.5h at 60C in sous vide. Strain and bottle for use.

Antonnius Saputra is the bartender at E&O, Jakarta.

This recipe was first published in Issue 04 of DRiNK Magazine Greater Asia.