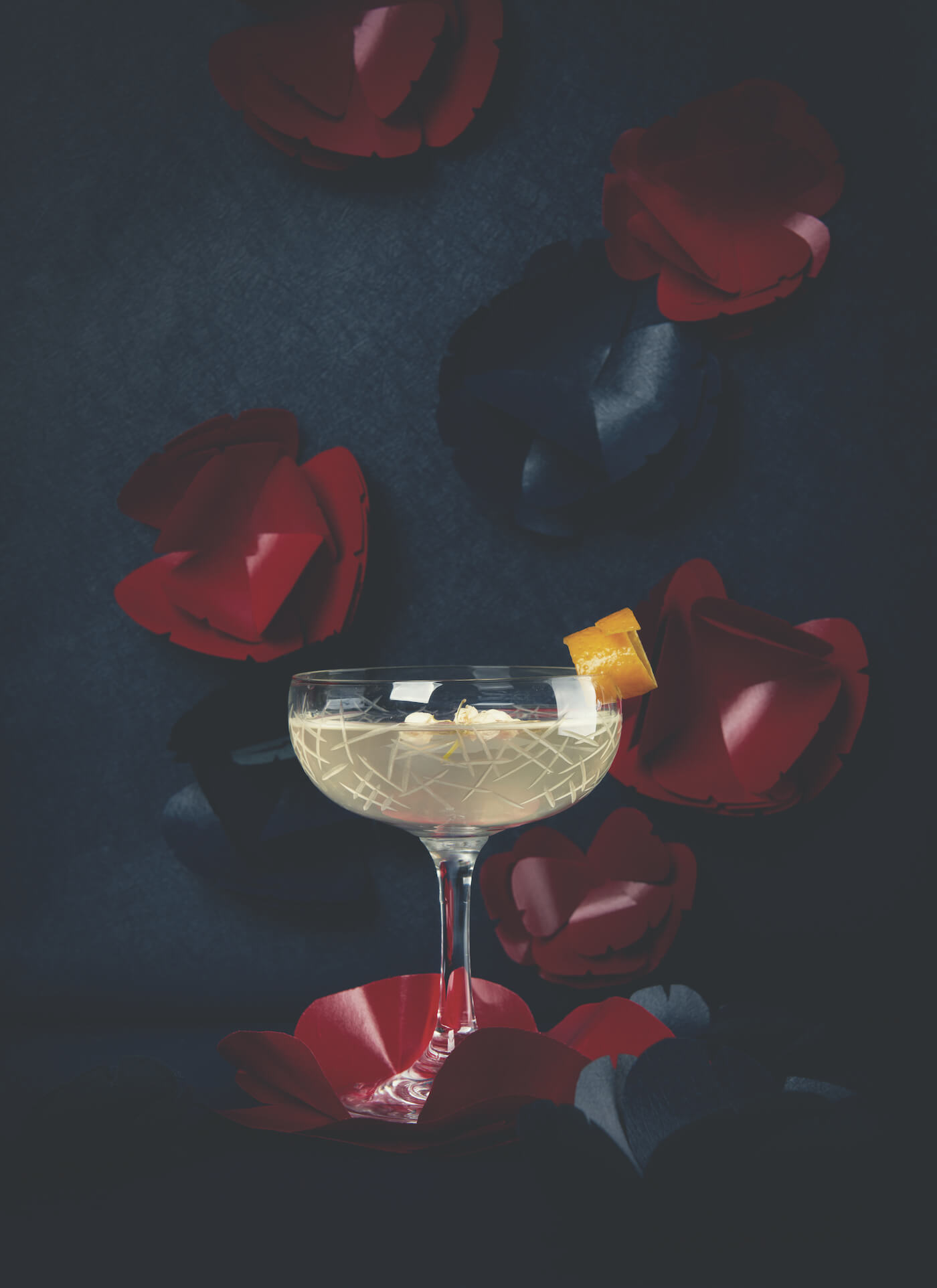 Trix Yeung of Bao Bei in Hong Kong looks back at the purest expression of tea with her gin-based drink.

White peony tea, or bai mudan, is widely believed to be China’s earliest form of tea, given that its processing consists only of drying and piling of the leaves. The earliest written records of it are from Emperor Song Huizong during the Song dynasty around 1105 AD. White tea is not made from the peony flower – it consists of a single bud and two leaves – but it resembles the petals of the peony blossom when it gently unfolds in your teapot. This type of tea has a very refreshing aroma: the nose is warm and rich with fruit blossoms, and it produces a pale gold colour. So we created a cocktail that can carry this uplifting scent. We tried different spirits and fruits, eventually making it with Tanqueray gin and peach liqueur for a balanced flavour and taste. The juniper in gin brings contrast to the mild aroma of white peony tea, so we added peach liqueur for some fruitiness and sweetness.

Tea plays an important role in Chinese culture and is considered a very sophisticated way of enjoying life. It’s a tradition: many people visit teahouses for yum cha, and now we are seeing more and more establishments that focus on local customs. It’s interesting to showcase to the younger generation what Hong Kong culture is all about.

Shake the ingredients, serve and garnish with an orange peel and dried jasmine flowers.

This article first appeared in Issue 46 of DRiNK Magazine.