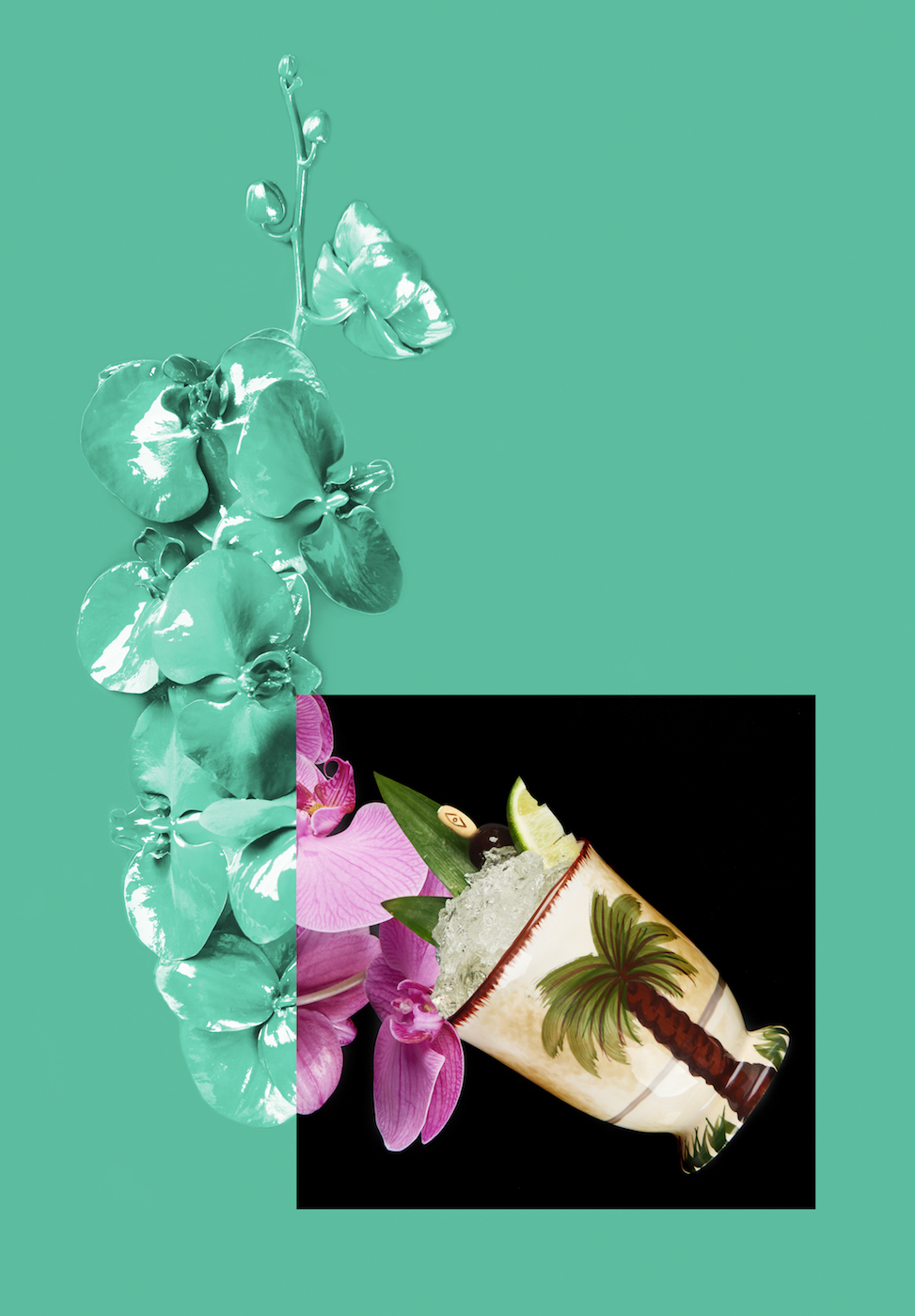 Zach Luther turns the tiki drink on its head with a little help from his bacteria friends.

It’s funny, but in our KL bartenders’ Whatsapp group, Karl from Omakase and Appreciate refers to me as “The King of Ferment”. When I was the bar manager at Ril’s Bar – part of Santai Resort Ventures – I was trying to figure out a way to use bananas in a more consistent way. As I find, most tropical fruits are delicious, but kind of hard to get into drinks because they spoil quite quickly, or they don’t yield much juice, or the texture isn’t quite right. With bananas, they either spoil in the bar if you don’t go through them, or you make a banana syrup and that again spoils very quickly. I tried house-made banana liqueurs, but I wanted something that was a bit richer and more luscious. So I came up with a banana cordial with this really awesome, salty, almost butterscotch-y taste, and then the rest of the drink was built around that.

To make it, you salt bananas to about 3 per cent by weight and what that does is create an environment in which lactobacillus – the bacteria that you want – can thrive, because it is, unlike other forms of bacteria, fairly salt tolerant. It drives up the acidity a good bit, and that’s nice, because it helps to preserve the banana, and when you add sugar, it doesn’t become super cloying because it packs a lot of acidity from the bananas. It’s the same exact fermentation process as making kimchi or pickling, and I think most people are obsessed with fermented foods – cured meats, cheeses or pickles. Those are the foods that people really, really miss when they don’t have it for a long time.

The drink is completely different from the classic banana daiquiri – it’s blended, it’s smoky, a bit more rich and complex. I feel like it might piss a lot of purists off, because it’s a blended daiquiri, which people scoff at. And we throw single malt scotch into the blender, which also people will scoff at. So we wanted the name to be quite lighthearted and silly. Jonas Ax, who’s our GM at Ril’s is always jokingly hashtagging things, and when we came up with the drink, we were kind of laughing at how silly it was to make the drink. He said, “Let’s just call it #Bananadaiquiri!” and I was like, yeah, that’s perfect. It’s in the spirit of things and not too serious.

Blend liquids with ice until smooth. Serve in a small tiki cup with a wedge of lime, cherry, pineapple leaves, and a frangipani or orchid flower.

*Fermented banana cordial: Freeze three overripe bananas until they turn black. Thaw and blend bananas, add 3 per cent salt by weight, transfer into a tall, narrow glass container and top with a small amount of mild extra virgin olive oil – the olive oil keeps out oxygen during fermentation and adds texture to the final product. Cover container with plastic wrap, and give about three to four days to ferment in warmer temperatures – look for bubbles and an expanding mixture. After fermentation, add 50 per cent of the new weight of bananas in overproof rum and blend again. Finally, add an equal part of light raw sugar to the weight of the mixture, and blend again. Cordial should be thick, sweet and salty.

This old school bar is educating Guangzhou in adult beverages