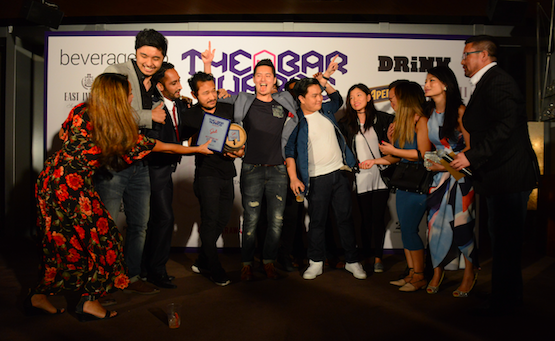 Three months after The Bar Awards Hong Kong opened up its nominations process to the city, we have our winners. The crowning party, held this evening (September 25) at Zuma, gave out 13 awards to the best bars, restaurants and bar professionals in the first such industry-driven honours in the city.

The Bar Awards was first organised in Singapore in 2014 by Tron Young, who subsequently involved Fun Size partner Emily Seow in the mix. In Hong Kong, they’re joined by industry vet Sandeep Hathiramani of Beverage and Co, who has aided the team from Singapore with his intimate knowledge of the scene on his home turf.

The Top Tens were compiled from 525 public nominations, and the list was then handed over to a panel of 30 industry leaders in Hong Kong to whittle down the crop to their top fives. The winners were then picked based on the number of votes they received from the Bar Awards panel.

Bartender of the Year, presented by Bacardi
Arkadiusz Rybak (Zuma)