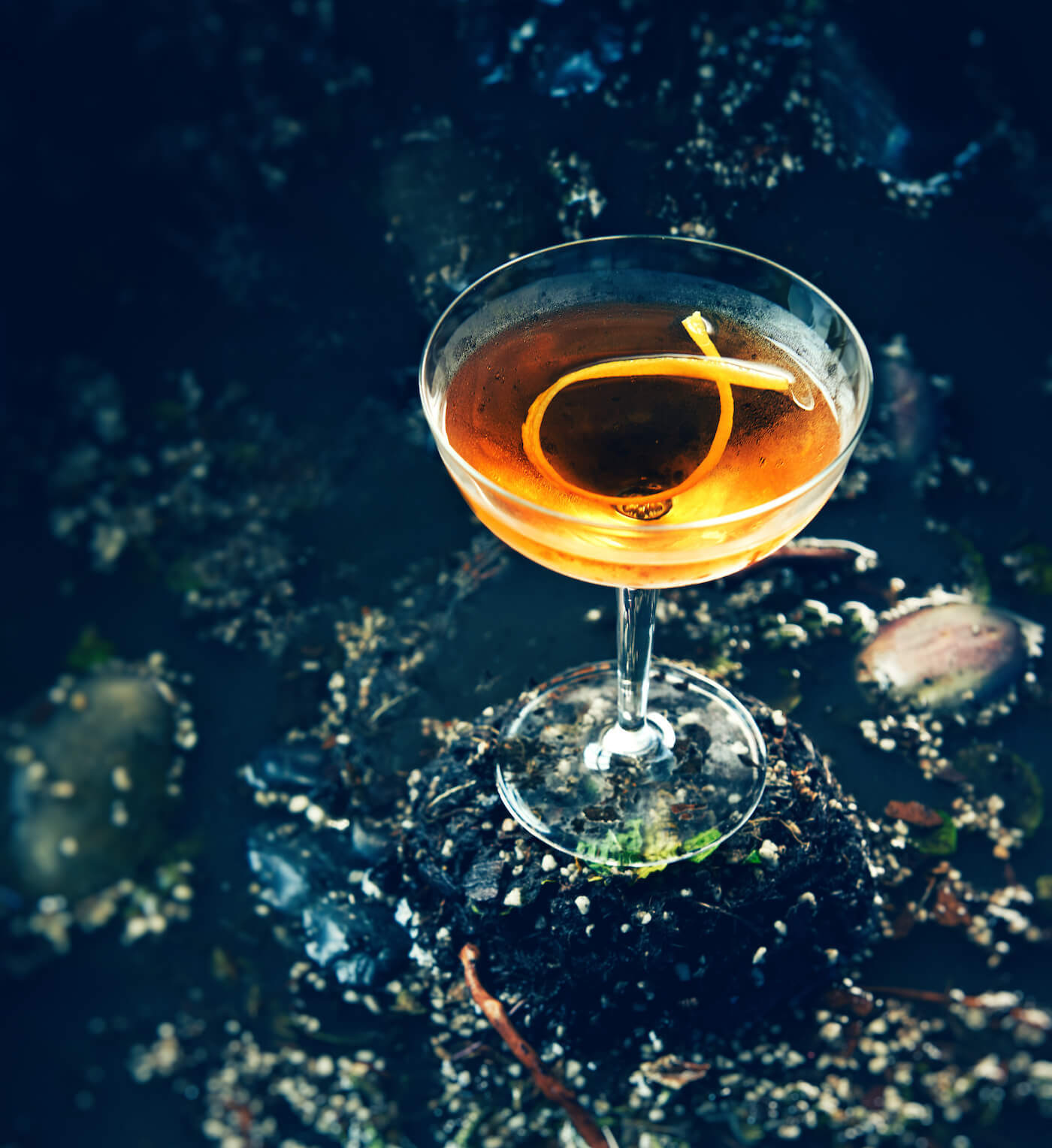 A Crocodile Dilemma is a classic, 1890s New Orleans-style cocktail meets Scotland and the Rob Roy. It’s essentially a beefed-up version of a Vieux Carre. So you’re looking at all the traditional aspects of a classic New Orleans-style drink. We’re using rye whiskey, we’re using Peychaud’s bitters and absinthe. So that’s a Sazerac right there. And as a sweetener, we’ve got maple syrup, which has a lot of tasty woody flavours that go really well with rye. And then we infuse the maple syrup with Cajun spices, which are salt, dried garlic, dried oregano, dried onions and then a little touch of cayenne pepper. When it comes to Cajun spices, different restaurants and people use different types of spices, but that’s our mix. So the drink is not just sweet, it’s also got a lot of umami to it – I’d like to say it’s almost meaty. And there’s a peated single malt whisky in there to get that additional smokiness. So I guess you can say it’s like a really smoky, umami Sazerac.

So the name: crocodiles, alligators – we’re paying homage to the bayou, the swamps of Louisiana. And the Crocodile Dilemma is a paradox theory. I actually learned about it in a philosophy class. The dilemma goes like this: Say a crocodile steals your child and then promises that he will return it if you can guess whether he’s going to or not. Now, if you guess yes and he was going to, then everything’s fine. The problem comes when you say, “I predict that you are not going to return my child” and in reality he is not going to return it. However, you’ve guessed right. So does the crocodile return the child? He is planning not to but you also predicted correctly that he wouldn’t and according to his promise he therefore must return the child.

So there you go, the Crocodile Dilemma. It’s a logical paradox. And a smoky, savoury Sazerac.

Yao Lu is the co-founder of The Union Trading Company in Shanghai.

This article first appeared in issue 44 of Drink Magazine.

8 things we learned at the 2016 Spirited Awards