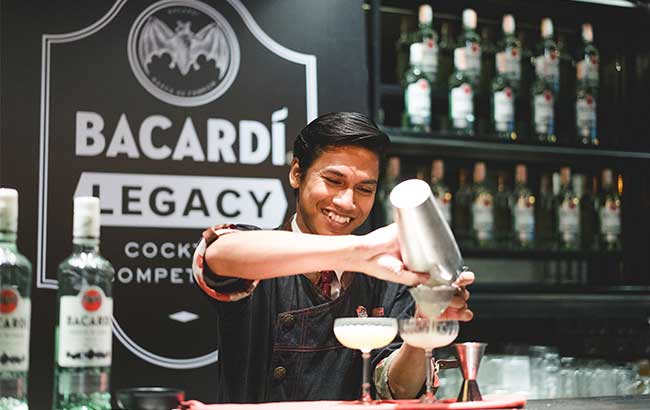 The Thai bartender was crowned the winner at this year’s virtual global finals. By Holly Graham.

In a Bacardi Legacy first, Thailand has taken the top spot two years in a row, with Praphakorn Konglee of #Findthelockeroom in Bangkok following on from last year’s winner Ronnaporn “Neung” Kanivichaporn of Backstage, also in Thailand’s capital. Ronnaporn is also a co-founder of #Findthelockeroom.

Bacardi Legacy was due to be held in Miami in May 2020, but switched to virtual finals due to the pandemic, with 38 competitors taking part. This year’s runners up were Adam Dow from Australia and Max Curzon-Price from Canada.

Apart from bragging rights, Praphakorn will benefit from support from Bacardí throughout the year to further develop his career, and Out of Sight will be served in some of the best bars around the world.