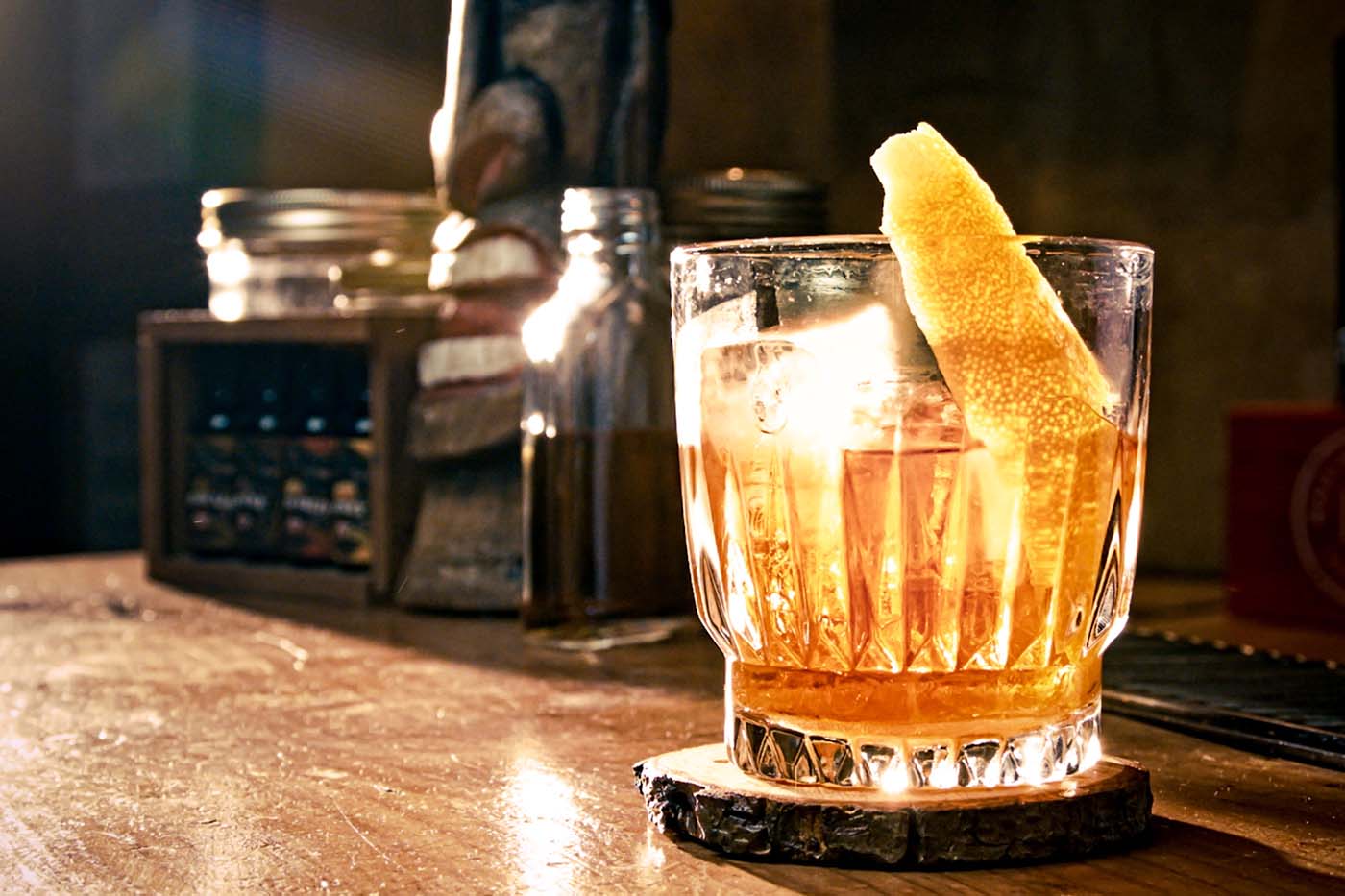 Dean Callan discovers there are many fashions that can be called an old fashioned, one of American whiskey’s most famous cocktails.

The Old Fashioned cocktail is what I would call a “test” drink. I mean simply that guests, especially fellow bartenders, will test you on your ability to construct one. The first time I was shown how to make this drink was by the very talented British mixologist Douglas Ankrah, of London’s Lab bar fame. His method was a very theatrical, UK-style Old Fashioned, with a sugar cube and no muddled fruit.

Since then, my method and recipe has varied from bar to bar, depending on how busy I am, who the drink is for, and the product I make the drink with. But one thing has remained the same throughout and that is the muddling of fruit in the drink: I don’t muddle fruit.

The fruit question is important. It’s one of those issues that divide bartenders – those that muddle fruit into an Old Fashioned and those that don’t. In my opinion there’s no absolute right and wrong way of making the drink, it’s just, as with every variation in the recipe, different people making evolutions of originally different drinks (see timeline). Not everyone sees it like that, however.

I was once challenged by a bartender, for whom I was constructing an Old Fashioned using Makers Mark bourbon whiskey. He began to get very upset, so I asked if there was any problem, and would I be able to fix it. I was assuming the issue was he wanted fruit muddled into the drink. But it wasn’t the fruit. He simply replied: “The original Old Fashioned cocktail used Woodford Reserve!” Oh dear. He was rude, and I was a little shocked. Nevertheless, I calmly assured him I was happy to make a Woodford Old Fashioned. But as I made the drink I also politely informed him that Woodford Reserve was launched in 1996, and since the Old Fashioned cocktail dates back to around 100 years before, it was very hard to believe that the Old Fashioned was first created using Woodford Reserve. Then I asked him if he had ever heard of Oscar Pepper. He hadn’t, of course. So I told him.

These kinds of experiences have taught me one clear lesson. Never allow yourself to think you know everything. The story you know today may well be proved wrong tomorrow. If asked, it’s best to give a summary of the knowledge you do have and always have an open mind to suggestions – like those contained in this little history above. What follows, therefore, is a summary of a few recipes and stories that I find relevant to why I make my Old Fashioneds the way I do.

How to make an Old Fashioned

The truth is I could compile a book with the amount of writing available on this one cocktail alone, although we would all be better off if I get to the point. So, if ever I’m asked to make an Old Fashioned cocktail, the way I like it made, these are the steps I follow.

Take a clean cold Old Fashioned glass. Add the sugar syrup with the Angostura bitters. Add the whiskey then ice and stir gently until cold and the desired dilution is achieved. When I make the drink I test it using a straw (pipette method) to gauge the correct dilution. For me, the ideal taste means that having made the drink to this recipe, the volume when strained is 95ml (I use ice from a sub zero freezer made with spring water). Garnish with a twist of orange or lemon.

When the Old Fashioned was new, and when it was subsequently improved.

Fill tumbler with ice, and shake well. Imbibe through a straw.”

This drink, although very similar to the Old Fashioned, has no bitters in the recipe. So this may be where the two disciplines you can see today – one with fruit, one not – originated. But I think bitters is a crucial ingredient for the cocktail’s taste, and for this reason I would prefer to reference another drink from the Bartender’s Guide, The Whiskey Cocktail:

1 wine-glass of whiskey, and a piece of lemon peel.

1895 The oldest reference to the Old Fashioned I know – using the actual name “Old Fashioned” – is from an 1895 book by George J. Kappeler called Modern American Drinks. It reads as follows:

Dissolve a small lump of sugar with a little water in a whiskey-glass; add two dashes Angostura bitters, a small piece ice, a piece lemon-peel, one jigger whiskey. Mix with small bar-spoon and serve, leaving spoon in glass.”

This is almost identical to the recipe and method I use today.

1907 The most common story surrounding the Old Fashioned’s origin is that the cocktail was invented at the Pendennis Club in Louisville, Kentucky, sometime between 1900 and 1907. Some even attribute the recipe to a Colonel James E Pepper.

I love this tale, but I make a point of letting my guests know that it’s only a story. The roots of the drink go several years further back, as we have seen. But I do like this story for another reason: Colonel James E Pepper was the son of the great Oscar Pepper, proprietor of the Pepper bourbon distillery. The Pepper distillery made a few brands including “Old 1776” and “Old Oscar Pepper Bourbon”, in what is now the Lobrot & Graham distillery – home of Woodford Reserve bourbon. Not surprisingly Woodford makes for an excellent Old Fashioned – just not the “original” Old Fashioned.

1948David Embury, author of The Fine Art of Mixing Drinks, told his readers to add the whiskey bit by bit while stirring. This is the first time the world saw this method, later popularised by mixing guru Dick Bradsell in 1990s in London. It has since been adopted by many bartenders around the world today.

2000s The revival of this drink also sees 21st century bartenders riffing on the Old Fashioned theme with rum and even cognac. Adjust the sugar syrup according to the individual spirit or brand you decide to use, and if you can get hold of any (or better yet make your own) try out different bitters with different spirits.

This article was originally published in issue 7 of DRiNK Magazine.