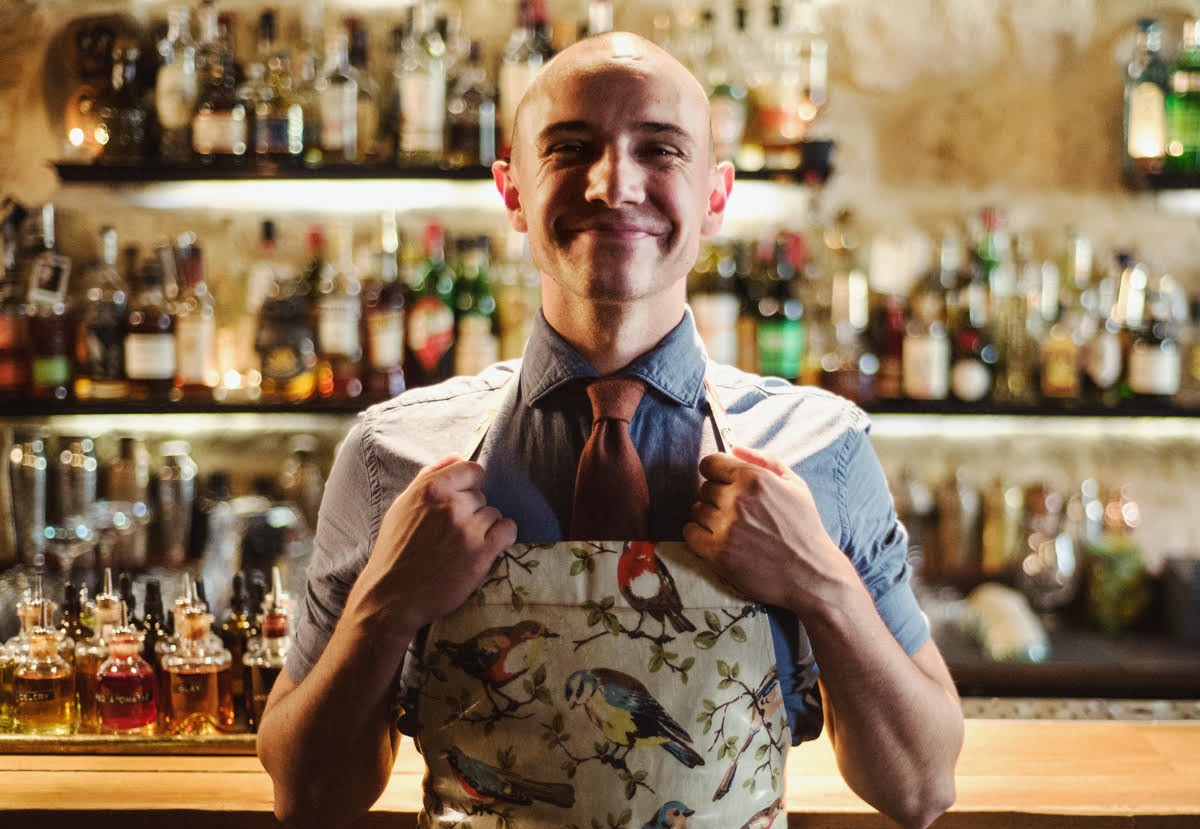 Ajit Gurung and Kshitiz Gurung (Stockton, Hong Kong) at Bamboo Bar (Bangkok)
The boys from Stockton – ranked 11th on Asia’s 50 Best Bars – will be heading to the Mandarin Oriental Bangkok to take over Bamboo Bar – ranked the 8th Best Bar in Asia. The Gurungs will be serving drinks from Stockton’s brand new Origin of the Species menu, based on the evolution of mankind and an ode to the cultural significance of alcohol throughout its 9,000-plus year history.
When: 6 February, 9-11.45pm

Frank Gee and Timothy Rosete (Manhattan, Singapore) at Vida Rica (Macau)
World-renowned Manhattan – which is currently dominating the top spot for the second year running on Asia’s 50 Best Bars and sitting proud at third on the World’s 50 Best Bars – is bringing a taste of its magic to Macau. Frank Gee and Timothy Rosete will be serving Manhattan signatures such as the iconic New York sour and more.
When: February 11 and 12, 8-11.30pm

Karl Too and Shawn Chong (Omakase + Appreciate, Kuala Lumpur) at Union (Jakarta) and Origin (Singapore)
The owners behind one of KL’s top stalwarts head to Jakarta’s Union before Karl flies solo for a shift at Singapore Shangri-La’s Origin.
When: Union – February 15, 7pm-late
Origin, February 28, 7pm-late

Jaejin Lim and Bonha Kim (Le Chamber, Seoul) at Anti:dote (Singapore)
Two of Korea’s finest head Singapore side for a masterclass and guest shift at Fairmont’s Anti:dote. Jaejin Lim and Bonha Kim of Le Chamber, 17th on Asia’s 50 Best Bars and winner of Best Bar in Korea 2018 will be delivering a masterclass on February 23 from 1-3pm before two nights of guest shifts, serving twists on classic cocktails with modern Korean influences.
When: February 22 and 23, 8pm-midnight

Ami Shroff (London Taxi, Mumbai) at Moon Bar (Banyan Tree Bangkok)
Flair queen Ami Shroff was the first woman to place in the top three in a national flair competition in India, and she’s also bagged several other awards for her fab flair skills. Ami will be serving Monkey Shoulder and Hendrick’s cocktails at Moon Bar during its “Sky High Tiki Night”.
When: February 22, 8pm-midnight

Tom Egerton (Proof & Company) at Bar Trigona (Kuala Lumpur)
Tom Egerton will deliver his first guest shift in his new position as Spirits Evangelist for Proof & Company at Kuala Lumpur’s Bar Trigona. Proceeding the guest shift, Tom will be visiting mangosteen, durian and cacao farms to source ingredients for his cocktails. He’ll also be hosting a masterclass from 3-4pm sharing his findings, before shaking up unique cocktails behind the bar.
When: February 27, 8pm-late

Remy Savage (Artesian, London) at Jigger & Pony (Singapore)
The Artesian, which took the top spot for four consecutive years from 2012-2015 on the World’s 50 Best Bars list, is sending renowned head bartender Remy Savage to recently relocated and revamped Jigger & Pony in Singapore. He’ll be serving up Cointreau cocktails in his infamous creative style for two nights.
When: February 27 and 28, 8pm-midnight

Rory Shepherd and Oliver Cush (Little Red Door, Paris) at Vida Rica (Macau)
Parisian legend Little Red Door, which sits at 33 on World’s 50 Best Bars, will be bringing six signature drinks from its new menu due to be launched in March. All details about the drinks are top secret, so head over on one of the three nights to get an exclusive sneak peek.
When: February 28-March 2, 8pm-midnight

If you have further details of other guest bartender shifts in February or March, please contact holly(at)drinkmagazine.asia

Get to know: Bloody Mary