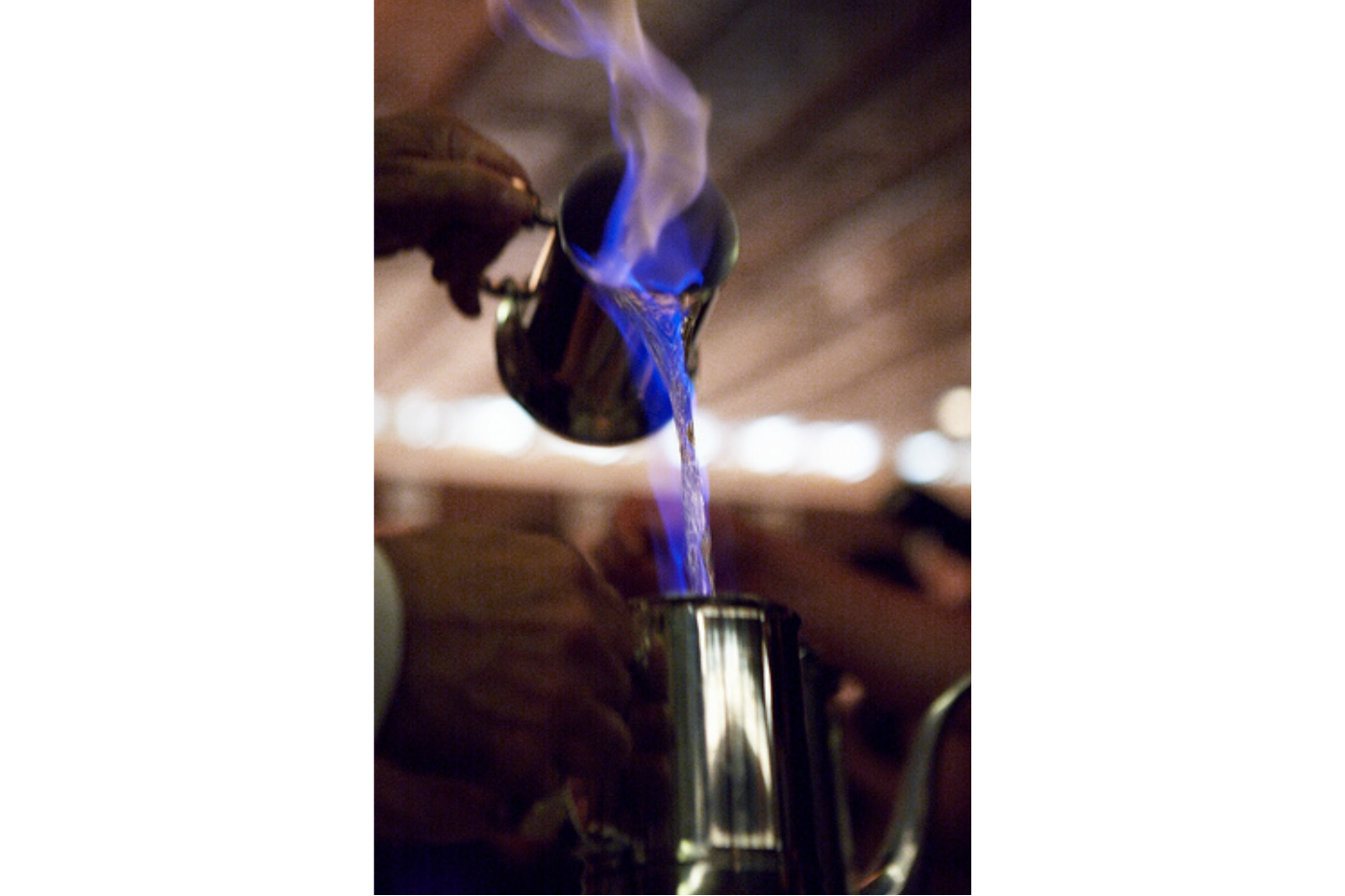 This drink first appeared in our feature on Cocktail Families: Toddies.

As described by Jerry Thomas in the 1887 Bartenders Guide, this was one of his showstoppers with which he toured the country. Supposedly the drink was only made if the temperature dropped below 50 degrees Fahrenheit (unless the guest was ill, in which case it was allowed for medicinal reasons). According to Miller and Brown in Spirituous Journey, “Blazer” not only referred to the flames involved, but also to the popular slang for a boast, implying that Thomas was rather proud of this drink. This recipe makes enough for two drinks – these volumes are just easier to prepare the drink with.

Use two silver-plated mugs. Put the whisky and the boiling water in one mug, ignite the liquid with fire, and while blazing mix both ingredients by pouring them four or five times from one mug to the other. If well done this will have the appearance of a continued stream of liquid fire. Serve in a small bar-glass with a piece of twisted lemon peel.

Caution: flaming liquid deserves careful attention. Practise this well before trying it out in front of guests – see tips below. Also be careful choosing your mugs before you start. I once tried the Blazer by heating pewter mugs containing both liquids on a hot plate. Pewter melts at quite low temperatures, as I then discovered.