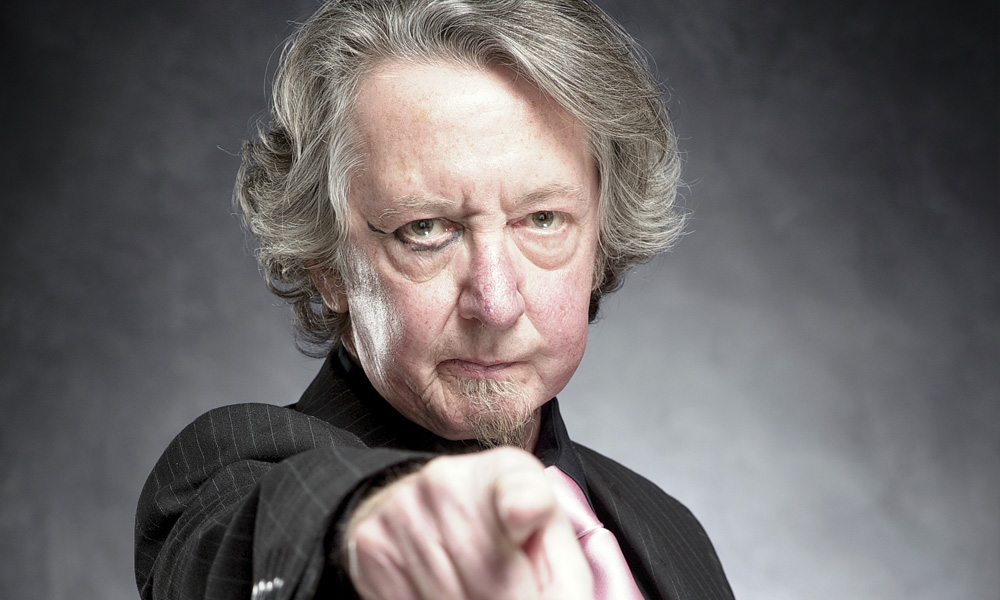 The cocktail legend reveals his future plans, his mindfulness practices and what bartending means to him. By Holly Graham.

Gary Regan is a bartender who needs very little introduction. If there was a bartender hall of fame, he would’ve been one of the first inducted long ago. Now living in New York, Regan recently made a trip over to our neck of the woods for some mindful masterclasses and a guest shift at Pussyfoot Saloon in Seoul.

Mindfulness is something that’s been big on Regan’s agenda for the last seven years or so. Under the tutelage of his mindfulness instructor, Regan began to consider how it could fit in with bartending. “The more I learned about it, the more I thought if we applied this to bartenders, it would make the job so much better. In fact, apply it to any job and it’ll change your life.”

There’s one thing in bartending that really gets Regan’s goat: “When you walk into a bar, and the bartender sees you and says “Hey, how’re you doing?” then walks down the bar without waiting for an answer – that drives me fucking crazy.” But, he says, mindfulness can fix that, and his brand of mindfulness is about making human connections. “Drinks are not the main reason to tend bar,” he says. “The most important thing a bartender can do is make people smile.”

“I acknowledge that bartenders don’t always have time to get really into it with customers, but when they do have the time, I tell them to make eye contact with their guests, and wait for their answer,” says Regan. Of course, some people respond briefly, but he suggests if a guest has taken the time to tell you something about their life, respond to it. “If they answer you, you have then created a bond. They might say they’ve been fired or they’ve recently had a baby. Just been fired? Offer them a shot. Had a baby? Crack out the champagne. They need to know you’ve actually listened, and this will win a regular customer who appreciates you.”

Drinks are not the main reason to tend bar. The most important thing a bartender can do is make people smile.

Regan says this should extend beyond customers and to all your staff, saying it’s key to check in with your manager, kitchen staff – the lot. “Most importantly, ask the dishwashers how they are, because nobody talks to them.”

With this mentality in tow, over the years Regan has become a brand in his own right. But what does he think about bartenders becoming brands? “I’m all for it, as long as it’s done honourably,” he says. “Since the cocktail revolution began around 2005, my main worry was how to keep it going. The bartender’s job was seen then as something to do until you got a real job, with no future.” Years later, Regan believes it was actually the liquor industry that kept the momentum going – they realised bartenders were their best brand ambassadors, and began investing money in bars and competitions that awarded prizes that could set bartenders up for life.

Regan’s brand features numerous arms, or fingers, to be exact. On top of publishing books and creating the Worldwide Bartender Database, which helps companies find the right bartenders –for jobs, focus groups, events and such – Regan has his own stirrer that’s a mould of his right index finger. The infamous “incident” happened in 2010, when Regan was making Negronis with Philip Duff. “We made 20 Negronis for bartenders at a competition, and I just looked at the drinks and couldn’t resist sticking my fingers in them to stir them! Everyone laughed and it went down well, so I thought I’d carry on doing it.”

Finger-stirred Negronis became Regan’s thing (at his guest shift at Pussyfoot Saloon last month, he served only these), at least at industry events. “I tend to be behind the bar at events where everyone knows who I am, so they let me get away with murder,” he shares. But then Regan tried his luck at an event where nobody really knew who he was. “They just saw an old guy in weird clothes and eye makeup, but I thought I’d give it a go. I’d make their Negronis, wait until they were just about to pick them up, and stick my fingers in them to stir. I was amazed that not one person was offended – they just burst out laughing. That’s when I realised that the reason I do it is to make people smile.”

Another product Regan is adding to his brand is baijiu. Launching in mid-2019, Regan plans to initially release the Chinese-made baijiu in the American market. “I really like baijiu. Sure, I can taste sweaty socks in there, but I think tastes great! I’ve always championed divisive spirits, like Jagermeister, which a lot of bartenders hate. I think it’s a well-made product with so many dimensions.” Regan has set out to champion baijiu outside of its native China market by making it his own and declaring, “We’re going to make people drink baijiu whether they want to or not!”

Regan’s seen the cocktail revolution begin and grow into what it is today. But what are the best and worst things that have happened to the industry in his time? “The best thing is that people jumped onto the bartending bandwagon and began to learn the craft seriously,” he says. “The worst thing – which applies more to new bartenders today – is that a lot of them think that it’s all about being a flashy “star-tender”. I don’t mind if you act like a rockstar, as long as you’re doing your job properly. But it rubs me the wrong way when I see people who think it’s about being flashy.” Regan’s wishes for the industry’s future are simple: “I want more bartenders to truly understand what their job is. And I’ve said – it’s about making people smile.”

Here’s what really happened at DMBA 2018…