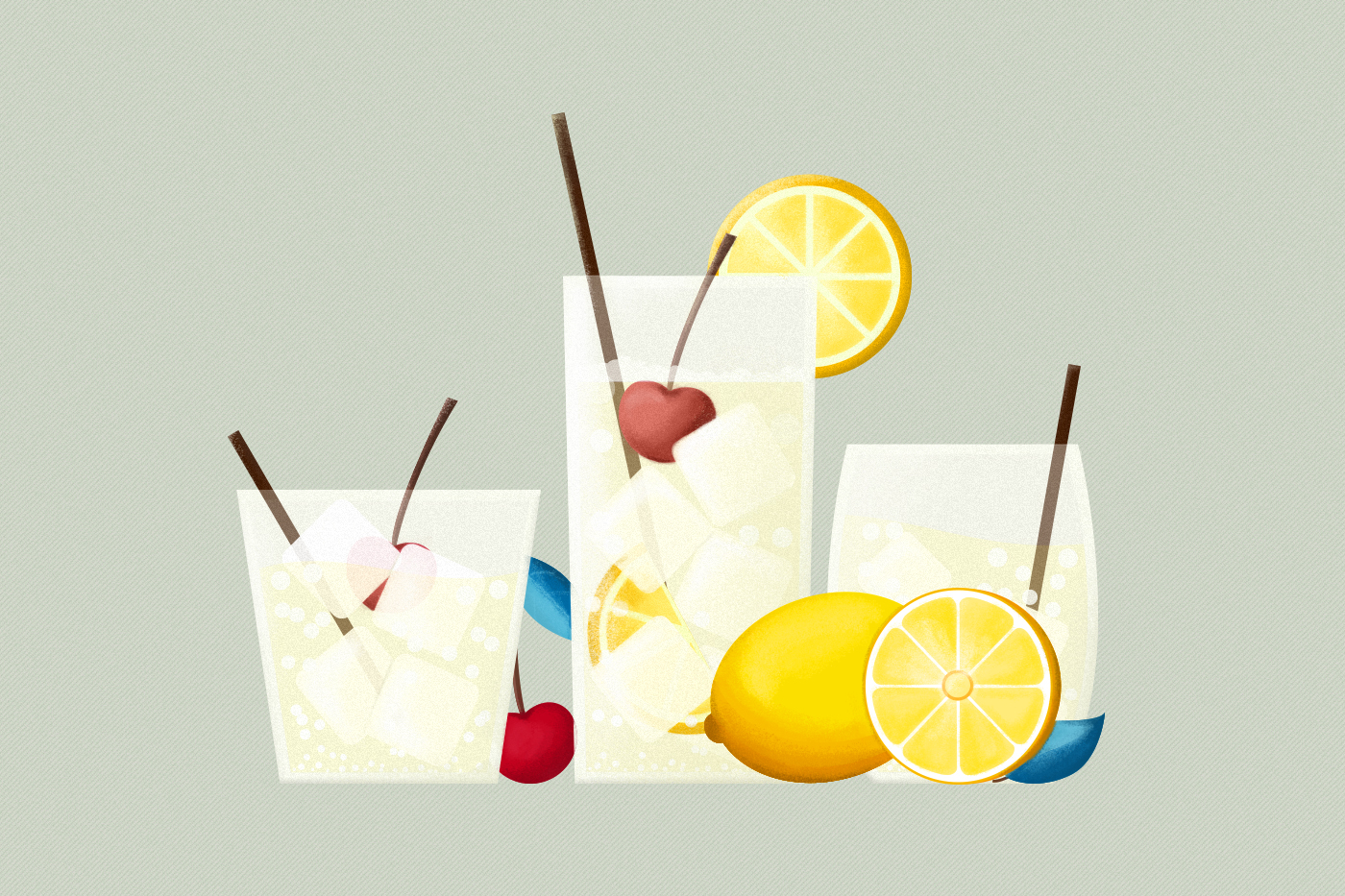 Understanding mixed drinks one family at a time. By Paul Mathew.

It’s hot. And it’s hard work. But we just have to carry on making the folks more drinks. That’s what was going through the minds of sweating bartenders employed down in New Orleans at the midpoint of the 19th century. Their guests were suffering from the humidity of the deep South USA, and they were suffering from their guests suffering, and both needed something to ease the pain.

The answer was the fizz. As quick and easy to make as it was refreshing – originally just a gin sour, shaken and strained, then topped with soda water – the drink was a hit on both sides of the bar. It appeared in the later 1887 reprint of The Bartender’s Guide by Jerry Thomas, with six variations, and by 1900 was popular across the States.

But it was in New Orleans where it was born, and where the fizz family grew. The city was already famous for its alcoholic drinks but also its consumption of sodas, the non-alcoholic fizzy drinks made at soda fountains by bartenders known as “jerks”. Some sources say New Orleans consumed more soda than any other city in 19th century USA apart from Atlanta (the home of Coca-Cola). That popularity led to soda experimentation in alcoholic drinks, starting with the gin fizz, and by 1888, one of the fizz’s most famous examples was created, the Ramos Gin Fizz.

This American classic was the invention of by Henry C. Ramos at Meyer’s Restaurant, and was originally called the New Orleans Fizz. It was an exuberant drink no doubt, with cream, orange flower water and sugar, plus extra lift from the white of an egg. But the ice, lemon juice and soda kept things refreshing. According to story, Ramos employed teams of shaker boys to keep the fizzes coming, such was their popularity, and before long the cocktail was also made famous at the city’s Roosevelt Hotel. From there the city’s governor took it to New York where it found a wider audience in sophisticated city circles.

The fizz is not a complicated drink. In fact it takes any sour, and just gives more lightness through some bubbles and an instant feeling of refreshment. As a Gin Fizz, it is almost identical to the Collins, except received wisdom says the Tom Collins is built in the glass, whereas the gin, lemon juice and sugar are shaken first for a fizz, before being topped up with soda. Fizzes are also not usually served on the rocks like a collins should be. Of course that depends on your own taste – although originally they weren’t made for lingering over.

Some sources say that the fizz was originally a morning drink, and Victor Bergeron in his 1972 book Trader Vic’s Bartender’s Guide, states that the fizz is “an early-morning drink with a definite purpose – a panacea for hang-overs.” For that reason they don’t even have to be served in a collins glass or highball, although in most cases now it just feels like they should be served a bit longer. Again, maybe blame the heat.

As with all the inventions that have followed on from the sour, so the fizz family extends with Silver Fizzes (made with egg white), Golden Fizzes (made with the yolk), Royal Fizzes (with the whole egg), and then so-called Diamond Fizzes (with sparkling wine not soda). There are even such inventions as a Green Fizz with a dash of crème de menthe. Or just replace half the sugar syrup with another liqueur (violet perhaps) and you have another layer of flavour. Swap the gin for sloe gin and you have a different kind of fruitiness.

There are other fizzes by name which don’t follow the same rules for ingredients, but equate to something similar. Think of them as distant cousins. The Buck’s Fizz is one, invented at the Buck Club in London in 1921. It’s a simple mix of orange juice and champagne and though it has the bubbles and orange’s natural bittersweet balance, it doesn’t have lemon, sugar, or soda. Similar is the Mimosa, invented four years later in Venice.

Whichever you choose the fizz has an appeal now the temperatures are up. Made into a longer drink it will satisfy those with lighter tastes and it is a pleasant way to add some perfumed or aromatic fruitiness without going the full-on fruit juice route.

How to avoid fizzy flops

Use fresh lemon juice. We’ve said it before but we’ll say it again. It makes all the difference. Sour mix is full of strange flavours because it’s not just sugar and citrus. And by using fresh lemon and sugar, you control the balance – essential when you are using other liqueurs to add flavour.

If you use a liqueur (and fruit liqueurs work very well in fizzes), decrease the amount of sugar you use in the recipe.

The egg white adds texture, and a big body to the foam. Yolks also add depth to the flavour as well as the texture. But if you don’t want to use eggs, or are afraid of how safe they are, leave it out. It won’t kill the taste. (You can also use powdered egg white.)

If you are using eggs, any part (and it will make the drink better), make sure you shake very, very hard, and for at least a minute. Then shake some more. The egg has to emulsify to create the body. And no customer wants to find a slimy piece of uncooked egg white sliding off their lip.

Don’t add too much soda. Just because it uses the name fizz, it doesn’t make this a soda pop. It’s a drink for adults, and handled correctly should be a stylish libation with some body, not a diluted cooler. 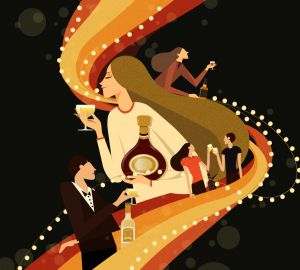 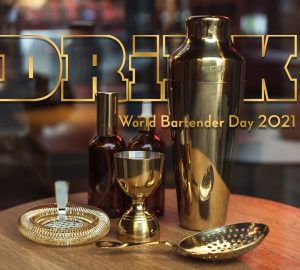 10 things every bartender needs to know about pastis

Get to know: Aperitifs