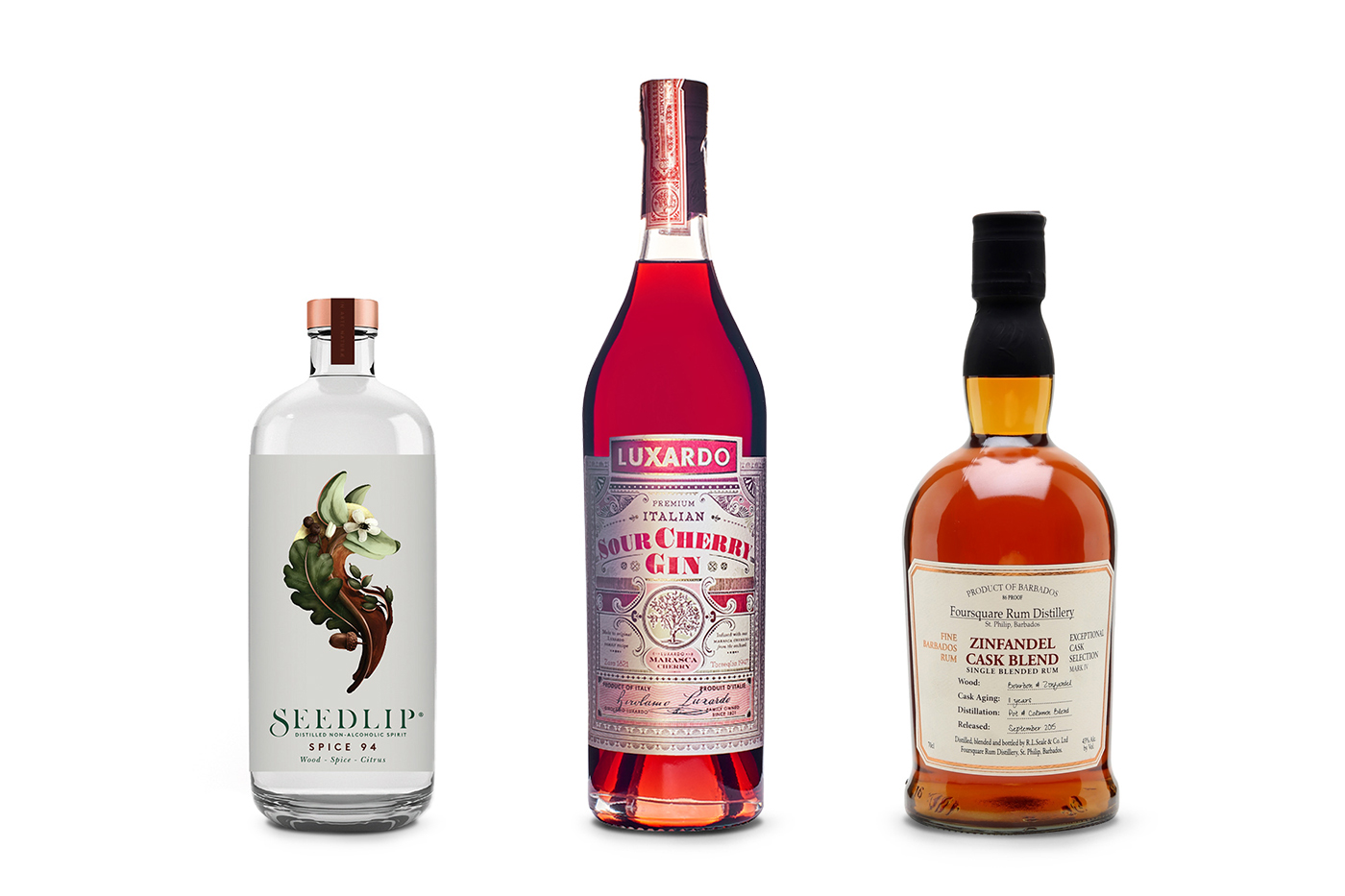 Our new product round-up is back – and is now being served up monthly.

Foursquare Zinfandel Cask Blend
Foursquare is a rum blender-turned-producer from Barbados that has risen to prominence in the last decade thanks both to its quality and its outspoken master distiller Richard Seale, the fifth Seale generation to oversee operations. Seale is an advocate of traditional (pot still) over modern (multi-column) distilling for rum, although his distillery does use a column, albeit in a Coffey still, with Seale careful to explain that not all column stills produce the same distillate. He’s also an advocate of Luca Gargano’s somewhat controversial classification system for rums, that separates rums by distillation method. The Zinfandel Cask Blend is a blend of pot and column still distillates, aged for nine years in ex-bourbon casks and finished for two years in zinfandel casks. Cinnamon and clove on the nose, with the fruitiness of red berries and a light caramel aroma. Warming oak on the mouth with a strawberry compote burst, followed by spicy notes and vanilla, with a long, oaky finish from the bourbon cask. 43 per cent abv.
Available from: Hong Kong, Caripelago Trading (+852 2553 3765)

Luxardo Sour Cherry Gin
When Luxardo started to produce its London Dry Gin, based on the family’s own early 20th century ginepro di Dalmazia, it was perhaps inevitable that they’d eventually infuse it with their famed marasca cherry juice. Despite the dark, thick appearance – its movie-use bloodiness could play well at Halloween – the classic gin botanicals are clearest on the nose: juniper, coriander, cinnamon (the gin also lists iris, angelica, sedge, liquorice and cardamom and bitter orange), with cherry’s almond stone and rich fruit providing a sweet base note. In the mouth, it’s just delicious. Full-bodied, not sweet like (American) sloe gins, and with fruit and clove-y, ginger spice combining to give a balanced, slightly tart profile. Pairs brilliantly with more citrusy tonics and would mix very well into a Clover Club or Martinez twist. 37.5 per cent abv.
Available from: Hong Kong, Proof & Co (+852 3480 8588); Singapore, Proof & Co (+65 8518 8183)

Seedlip Spice 94
Seedlip is the world’s first distilled non-alcoholic spirit, blended and bottled in England. Founded by Ben Branson, a man who forged a career in drinks brands and comes from a family with 300 years of farming heritage, the recipes were first created using his small copper still and inspired by distilled non-alcoholic herbal remedies from The Art of Distillation, a 16th-century treatise by English physician John French. Using a bespoke maceration, copper pot distillation and filtration process for each individual botanical (which are top secret) Seedlip is calorie, sugar, sweetener and artificial flavour-free and is currently available in Spice 94 and Garden 108 varieties. On the nose, Seedlip Spice 94 is aromatic with strong allspice and cardamom notes, spiked by a lemon sherbet-esque citrus. Cinnamon on the front is followed by a long and bitter taste from oak and cascarilla barks. Best served with tonic or as a sour or fizz. 0 per cent abv.
Available from: Hong Kong, Drinks 99 (+852 3591 1044)

Charlene Dawes: “You don’t become someone by sitting around”