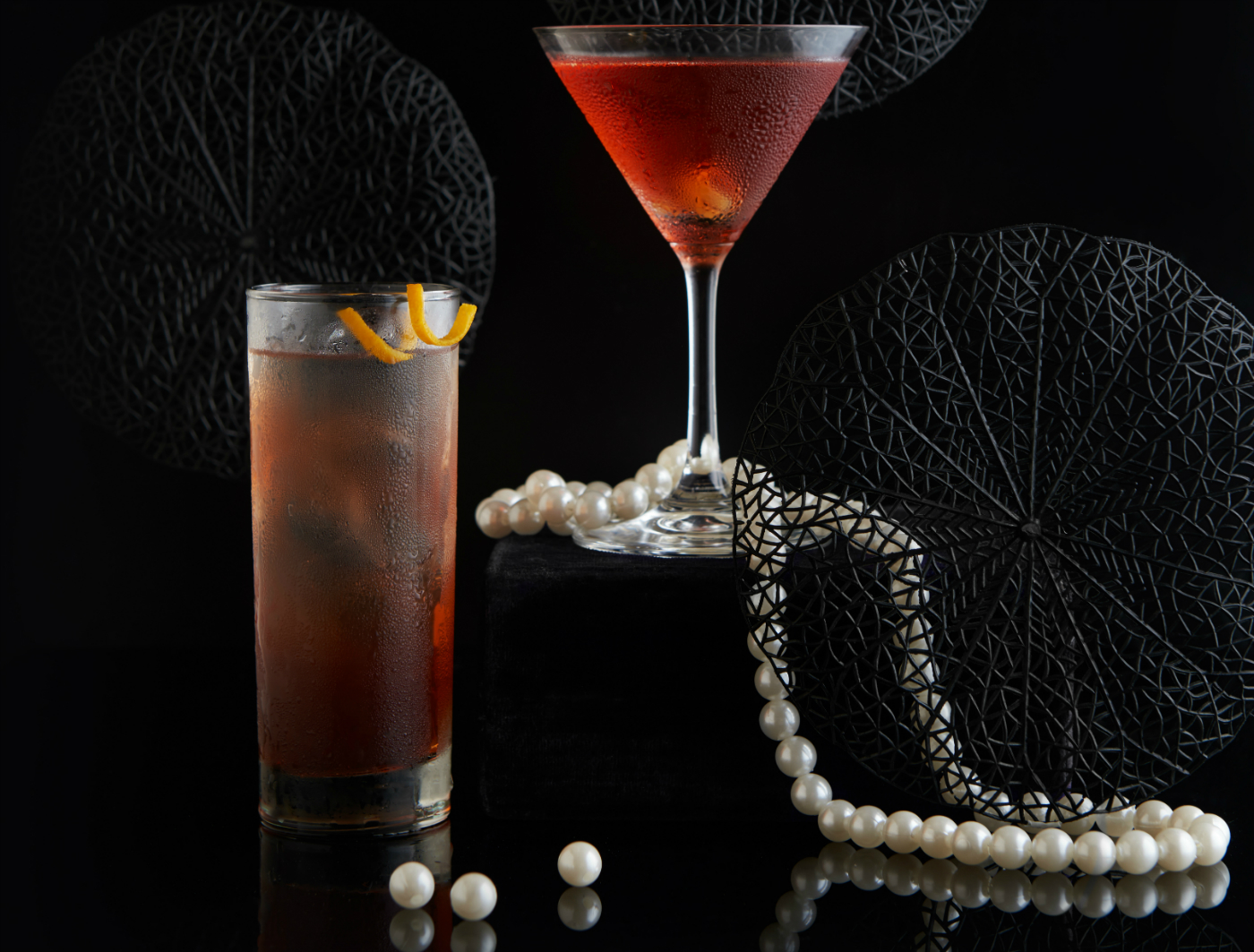 Lost Variations of the Lost Generation. By Seamus Harris.

Our scene, Paris between the wars. Our cast, the Lost Generation. Young American misfits who are scarred by the Great War and out to jettison tradition, many are aspiring writers or artists. They include the likes of Ernest Hemingway, F Scott Fitzgerald and Ezra Pound. Others simply cannot get a drink back home, like flamboyant socialite and drug addict Alice Gwynne, better known as Kiki Preston, and best known as “the girl with the silver syringe”. Paris promises the Lost Generation avant-garde liberality, guarantees a drink and the cheap franc allows almost anyone to reinvent themselves as a boulevardier – a sort of intellectual about town. Hedonism rules. The French looked at the mess and talked of a Generation au Feu – a “generation in flames”. Drugs and sexual escapades were de rigueur, and alcoholism practically compulsory.

Our chief props: American whiskies, French and Italian vermouths, and Campari. The last was novel to gauche American FOBs, but advertised throughout the bars of the Left Bank – la Rive Gauche to those with the lingo. And the leading bartender to the Lost Generation was probably Harry MacElhone. Born in Dundee in 1890, he waved his shaker around Paris, New York and London, before, in 1923, purchasing Harry’s New York Bar on Rue Daunou. He is credited with enduring classics like the Sidecar, French 75, White Lady and Bloody Mary, and also associated with more obscure yet worthy drinks. The Old Pal and the Boulevardier are prime examples. Remembered as early riffs on the Negroni, in fact they preceded the popularity of their famous relation.

The thing is, Americans of the 1920s would have classed the Old Pal and Boulevardier as Campari-spiked Manhattans – a Latin Quarter twist on the New York original, lent an almost existentialist edge by the chic addition of Campari. Two individuals, both regulars at Harry’s New York bar, came to be credited with these Manhattan twists. The first was the affable William Harrison “Sparrow” Robertson. Officially sports editor for the Paris office of The New York Herald Tribune, his popular “Sporting Gossip” column tended to resemble a Pepys-like play-by-play of expat lunch spreads and drinking sessions, whether at “Harry’s aquarium” or elsewhere. Sparrow is credited with the Old Pal, being rye, dry vermouth and Campari, which was named for his quirk of addressing everyone, from strangers to close acquaintances, as his “old pal”. The second Manhattan tinkerer was Edward Erskine Gwynne Jr, grandnephew of railway baron Cornelius Vanderbilt II, brother of Kiki, and joint-founder of literary magazine Boulevardier – a platform for edgy young writers that was printed in Paris from 1927 to 1932. Erskine naturally claims the Boulevardier, a mix of bourbon, sweet vermouth and Campari.

Both drinks deserve reviving, though they never entirely vanished. Thanks perhaps to its amiable moniker, the Old Pal has always been a regular at Japanese bars. But the lesser known Boulevardier is probably the easier sell. The sweet vermouth makes for a closer resemblance to the familiar Negroni, with bourbon injecting a warm, autumnal glow. The Old Pal is worth a try though, particularly when a heavyweight aperitif is called for. It is a drink even Hemingway might have lingered over.

1927 The first written references to the Boulevardier and Old Pal appear in MacElhone’s Barflies and Cocktails. Neither drink is in the main list of recipes, but both instead get covered in a jokey end section contributed by journalist Arthur Moss. Moss spins what is clearly a tall tale about how “Sparrow” Robertson first told him about the Old Pal way back on February 30, 1878, and it contained “Eyetalian vermouth”. That’s the funny thing. The Boulevardier and the Old Pal recipes in this book are near identical. Both use Italian vermouth, and they differ only in the use of bourbon (the former), versus Canadian Club (the latter). Was the droll reference to Italian vermouth a joke meant to send “Sparrow” around Paris correcting bartenders? Or was “Sparrow’s” Old Pal originally made that way?

1929 Cocktails de Paris, a French-language cocktail guide, contains eight drinks with Campari. Notable is the Camparinete. Two parts gin, one part Campari, one part Italian Vermouth, and a lemon twist, this is clearly a Negroni, years before the coining of the Negroni name itself. Even more striking is L’heure du Cocktail (also published in 1929), where a Campari Mixte comprises the same ingredients in equal parts. Campari is clearly a French addiction that Americans pick up while in Paris.

1930 Harry Craddock’s Savoy records a recipe for the Old Pal. Comprising equal parts of Canadian Club, French vermouth and Campari, served up, this resembles the version served today – albeit the modern proportions tend to be drier and the whisky is rye. Canadian Club was popular in the 1920s mainly because it was cheap. Interestingly, the Old Pal is the only occasion Campari appears in the book. Campari was only just entering Anglosphere cocktail culture, and Craddock overlooked the Boulevardier and Negroni.

1955 The UKBG Guide to Drinks finally lists what may be the earliest recipe to be both called a Negroni and made from equal parts of gin, vermouth and Campari. Although Negroni recipes and references start to appear in the written record several years earlier, from around 1949, they either add soda water or stray from the classic equal parts.

2010 The Negroni becomes one of the most tinkered with cocktails, partly riding on interest in amari. Many riffs involve dark spirits in the manner of the Boulevardier and Old Pal. My personal favourite would be the Kingston Negroni, which replaces gin with a high-ester Jamaican rum. However, given how the roots of the category lead to the Boulevardier and Old Pal, perhaps these inventions are not Negroni variations at all?

Get to know: The Singapore Sling