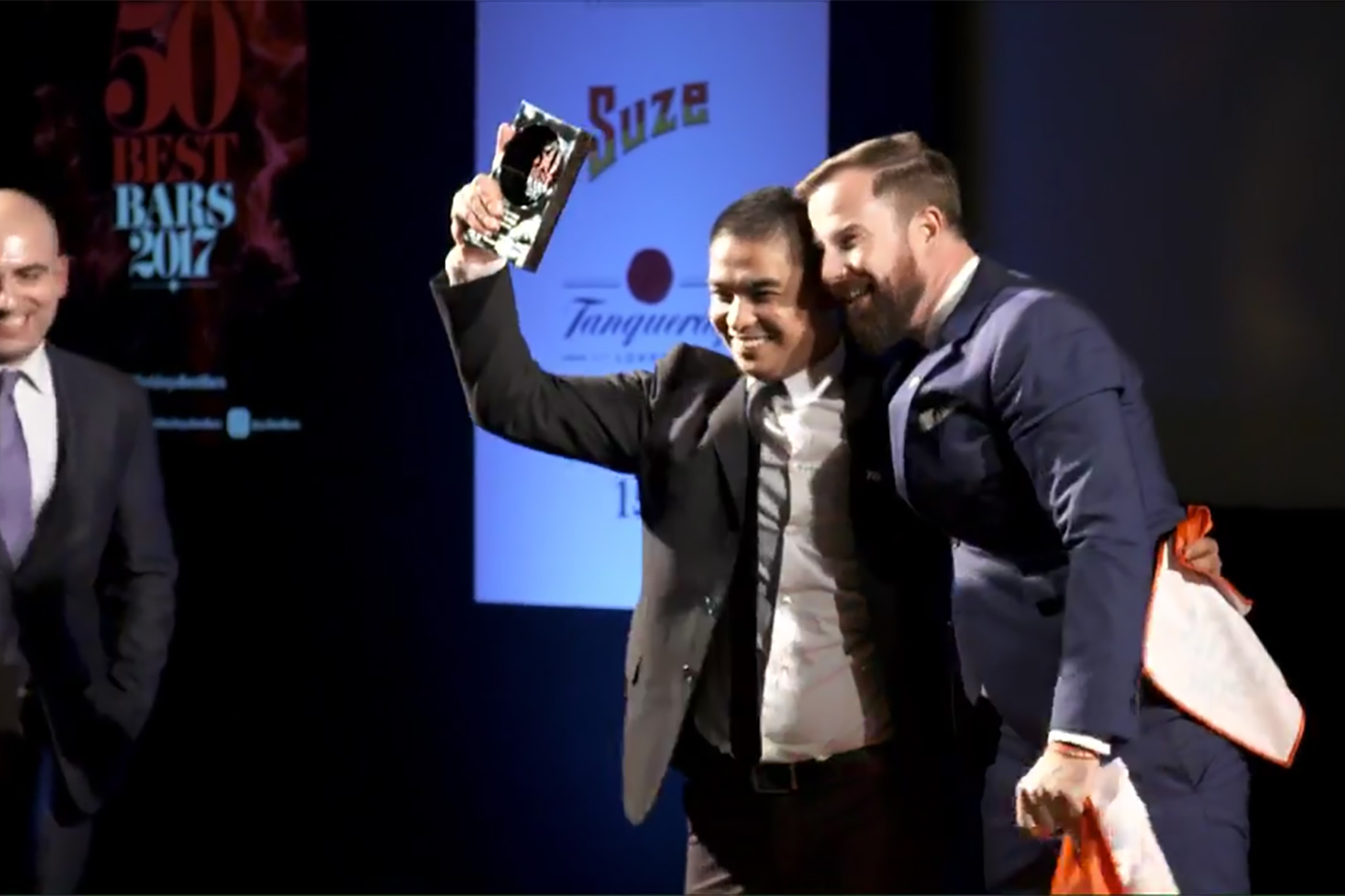 The boost pushes Singapore to third in bar count behind the US and UK. By Dan Bignold.

Asia’s cocktail scene turbocharged its reputation at last night’s World’s 50 Best Bars ceremony in London, with no fewer than 12 names from the region punching their way onto the 2017 ranking.

The top spot was taken by The American Bar at The Savoy Hotel in London, with last year’s winner The Dead Rabbit slipping down to #5. Coming just behind, #2 went to London’s Dandelyan and #3 to The Nomad in New York.

Meanwhile Asia underwent a significant re-rating after this year’s voting, leaping from seven bars on the 2016 list up to 12 in 2017. Those 12 included four new entries, plus Singapore’s Tippling Club, which under the beverage guidance of Joe Schofield, has returned to the list at #31 after a four-year absence.

Two Asian bars broke into the top ten, with Manhattan and Speak Low continuing their momentum in recent times to reach #7 and #10 respectively, up from #11 and #15 in 2016. Just behind came Hidetsugu Ueno’s Bar High Five in Tokyo, at #13.

But arguably, the most notable Asian news came from Atlas in Singapore, which arrived in some style on the list at #15, the highest new entry of the evening –making it six bars from Singapore out of the 50, second only to the USA and UK for numbers of entries. Asia’s other three new entries included Taipei’s Indulge at #28, Tokyo’s Bar Benfiddich at #36, and Singapore’s Native at #47.

“It’s an incredible feeling to be among some of the best bars in the world, with one of the best teams in the world. Singapore has made quite an impression this year – we had six bars out there. It’s great to be around these amazing talents and I hope we’ll continue the journey and see many more amazing places open up in Asia.” Philip Bischoff, Manhattan, Singapore.

There were also special individual awards for Iain Griffiths, named the Bartenders’ Bartender, and Julio Bermejo, who was handed the Industry Icon award. New York’s BlackTail meanwhile was dubbed Best New Opening during the evening.