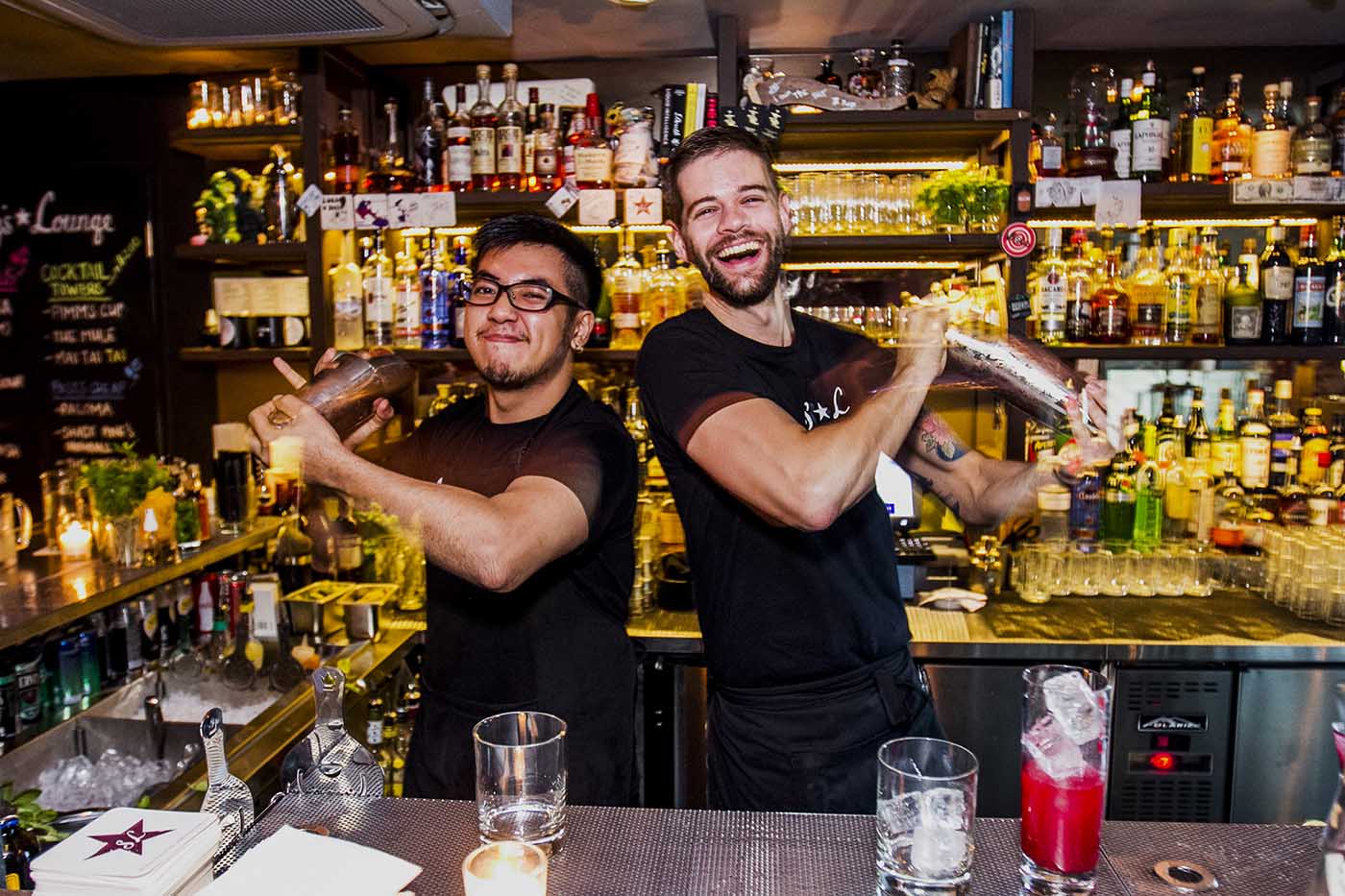 Skinny’s Lounge’s Nick Haas has stopped drinking – and it’s achievable, he says, if you have a team that has your back.

“I haven’t had a drink since October 1, 2016. We had opened Skinny’s and I was here every night, but after three months I felt burnt out. I was already doing sober October every year – it started when I was at Cufflink, I felt like having a month-long cleanse. But this past year I thought, ‘Why not see how three months feel?’ Just wait and have a glass of champagne at New Year’s Eve. And it’s weird, as New Year was getting closer, I felt like I was putting pressure on myself to start drinking, while day to day I wasn’t missing it. So what’s the point? I wake up feeling crappy. I go to the gym less. I am less motivated. And it’s bad for my health in various ways and it costs me money. I thought, ‘Well if I am not feeling it now then I’m going to do another three months,’ and now that’s actually come and I’ve decided to do a full year. It could be the rest of my life! But if I think about that, the idea of never trying out the champagne flights at Atlas is very sad indeed.

The industry has been fully supportive. People have asked how I am running a bar but not drinking – but not being judgemental, out of a place that is genuinely wondering. People have the preconception it’s not possible. The answer is I haven’t been doing service since December. Luckily, I have amazing staff. When I turn up now they are like, ‘What are you doing here?’ The staff have been able to cultivate their own following, their own regulars. It’s a privilege to have staff who can run the business like that, and I would be wasting that if it I forced myself onto operations. I think it’s great that industry leaders such as Jack McGarry at Dead Rabbit have been coming out and saying they have stopped – and if it’s possible to run “the best bar in the world” without drinking, then it’s possible for me to run Skinny’s. It’s a matter of deciding to do it, and if you are doing it for yourself, then I don’t feel there’s any reason why you can’t.

Jack was open about the fact that he’s a recovering alcoholic. But for me I’m lucky to be able to say, ‘I don’t feel like drinking’, and then stop. But there are people I know who don’t feel like that, and struggle. That’s tough. You can tell: if they’re coming four or five times a week to the bar; or if you see them at the end of the day and their hands are shaking. These are the signs of alcoholism. And if anyone is concerned about that, then they need to look at their history and try to stop. If you can’t stop, then there is a problem. Find out. It can ruin your life – and that’s the shit part: it takes lives falling apart to get people into therapy.

Even if you’re not an alcoholic, if I go out and I see bartenders drunk in their bars, I feel it’s unprofessional. If you can’t keep your shit together while you’re working then it’s a problem. And professionally, especially for bartenders, when you’re out visiting bars to see what they’re doing, you are an ambassador for your own brand. If you’re getting shitfaced you can damage those relationships. There have been times when I have been way past what I should be drinking. I have done this at 28 – you can ask Ash and Zdenek. Luckily I was able to apologise, but I was way out of line. And if I hadn’t been that drunk I would never have been trying to pick a fight with people I respect and care about in the industry. So not having that as a remote possibility is great. It can be pretty detrimental having a reputation as the guy who gets too drunk.

I have felt overall happier. Before, if I was upset, I’d have a drink. Now I have more patience, I am less selfish, and that all starts with choosing to prioritise health and wellness over other stuff. It means I’m in a better place with my staff and the business. Being the owner, my main job is the boring day-to-day work. While your bar may run from 5pm to 3am, everyone else you work with, from the government to the accountants to your suppliers, the electric companies, everyone else is on a normal schedule. So if you’re getting shitfaced, waking up hungover at 3pm then rolling into work, you will get nothing done that needs to happen for the business to work. For my staff, without drinking, it means when we’re in a meeting I am not all over the place; I am present. I respect their opinions and I don’t want to be foggy from the night before.

A lot of people in this industry struggle with work-life balance, because they spend a chunk of their life outside the bar recuperating from something that puts your body through stress. My advice is to try a month of no drinking. Keep track of how much money you spend the month before; and then in the non-drinking month. That’s a big incentive. (Incidentally, another motivation for me was quitting smoking. If it takes me not drinking to not smoke, it’s a price I am willing to pay. As the saying goes, one cigarette for me was too many because a thousand cigarettes were never enough.) However, I don’t have a negative impression of alcohol. While I definitely see my life as having better balance when I’m not drinking, I still enjoy working in the industry. At the end of the day being able to cultivate a space for people to come let loose and have a good time is a great satisfaction, and was the main goal for opening Skinny’s. Do I wish everyone who walked in the door drank responsibly? Yeah, of course. But they are all adults making a choice, and I don’t feel that my personal choice of not drinking is at odds with theirs.”

Nick Haas is the owner of Skinny’s Lounge.