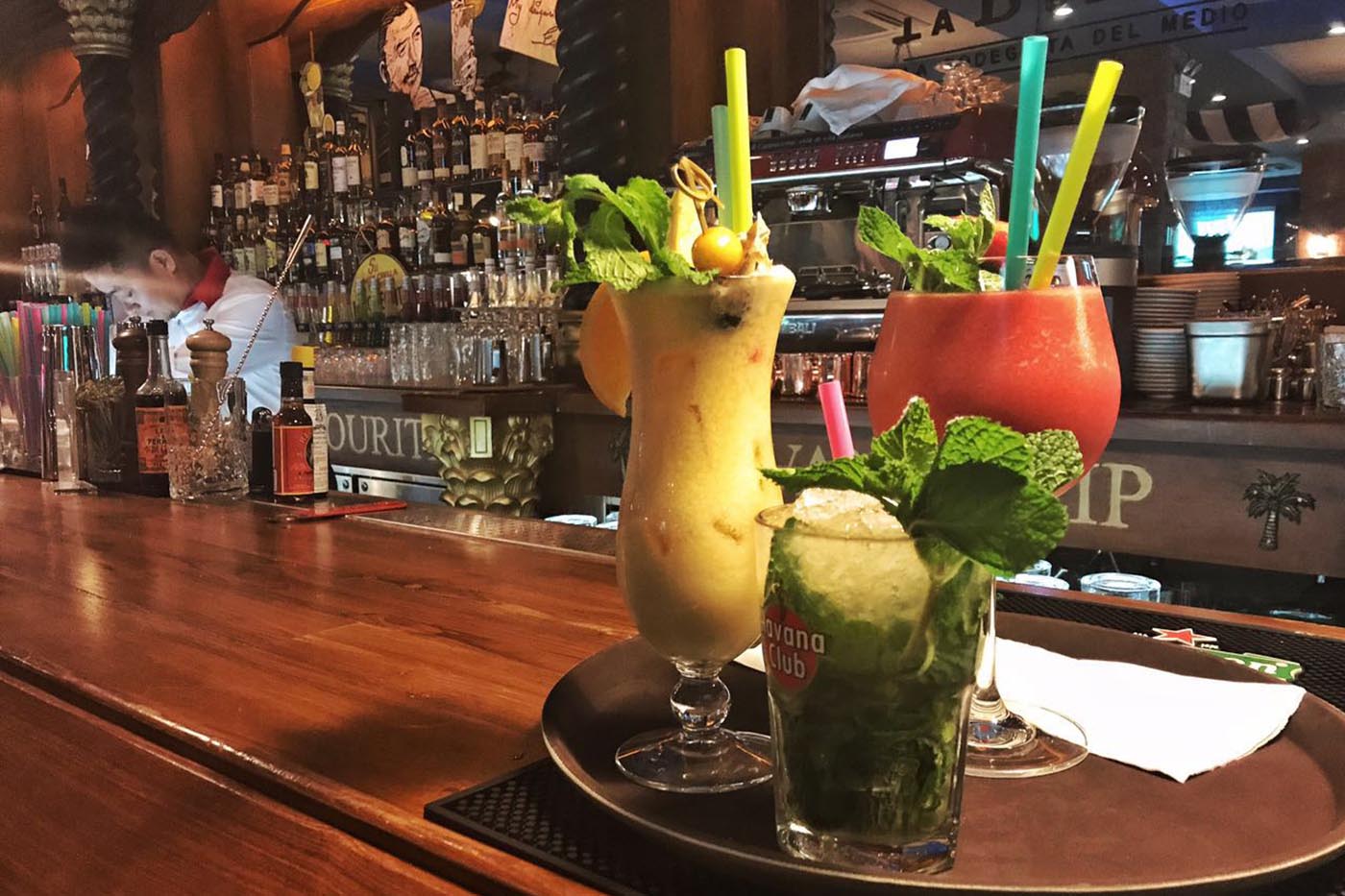 The touristy Cuban Mojito mecca opens in Shanghai via Prague. By Jonathan White.

The sun has risen on Ernest Hemingway’s favourite Mojito makers in Shanghai. La Bodeguita del Medio, the Havana hotspot famed for one half of the island’s famed rum drinks, has arrived in China and the tale of its arrival is meandering as the travels of Mojito’s most famous drinker.

The original BDM in Havana has been making mojitos and more since the early 1940s – a time when the likes of Hemingway and other infamous bon vivants were still heading to the Caribbean for cocktails. While the restaurant happily trades on the misnomer that they invented the Mojito – you can read all about the drink’s actual history and how it was invented by a certain dude called Drake (not that one, but a Sir Francis Drake) – it certainly has helped popularise it.

Popular with locals, serious drinking authors and tourists alike, the original later became a franchise owned by the Cuban government and the option to pick up said franchise for Central Europe was exercised by a group of Czechs after they visited the island, saw the success of BDM and thought, “Why don’t we try this in Prague?”

Try they did. The Czech capital location is about to celebrate its 15th anniversary and they have since expanded their reach to Budapest and the Macedonian capital Skopje, and even opening a branch in Sydney before that one broke free of the chains of franchising to become The Cuban Place. The logical next step for a group of globetrotting Czech restaurateurs? China.

The feeling was that the concept had been a success in Europe and Spanish speaking countries and, with their view that Chinese consumers have a fondness for Latino culture, it should be a success in China despite the fact none of them have operated in the country before.

Gastro Group managing director David Holubek was despatched to Shanghai to lead the opening, with the city picked as the location because “it is a little bit like New York” with its acceptance of international f&b venues. And so after a few of the usual bumps in the road that come with opening in China, the two-storey flagship store opened in May in a new compound on Hengshan Lu. So what’s it like? Cuban. Pictures of Castro and Hemingway adorn the walls, as do photographs of the likes of Pierce Brosnan enjoying a Mojito at the Havana branch and plenty of franchise-endorsed guest graffiti. The fixtures and fittings are imported from Indonesia, with an abundance of teak and branded detailing on show, while there is also the BDM trademark seat hanging from the roof – a nod to the Havana regular who never returned from war.

Mojitos are the order of the day at the bar, overseen by the Czech-Cuban head bartender from the Prague outlet. There are two types: Cuban and European, which basically means with lime or lemon. While the focus is more on restaurant than bar, the fact that the Mojito is China’s most popular cocktail coupled with the official BDM seal of approval, they should prove popular. Add to that, their newly-acquired tobacco and entertainment licences allowing for Cuban cigars and music, there could be plenty of people Havana good time on their terrace this summer.

Here’s a look back at Negroni Week 2017 in Asia