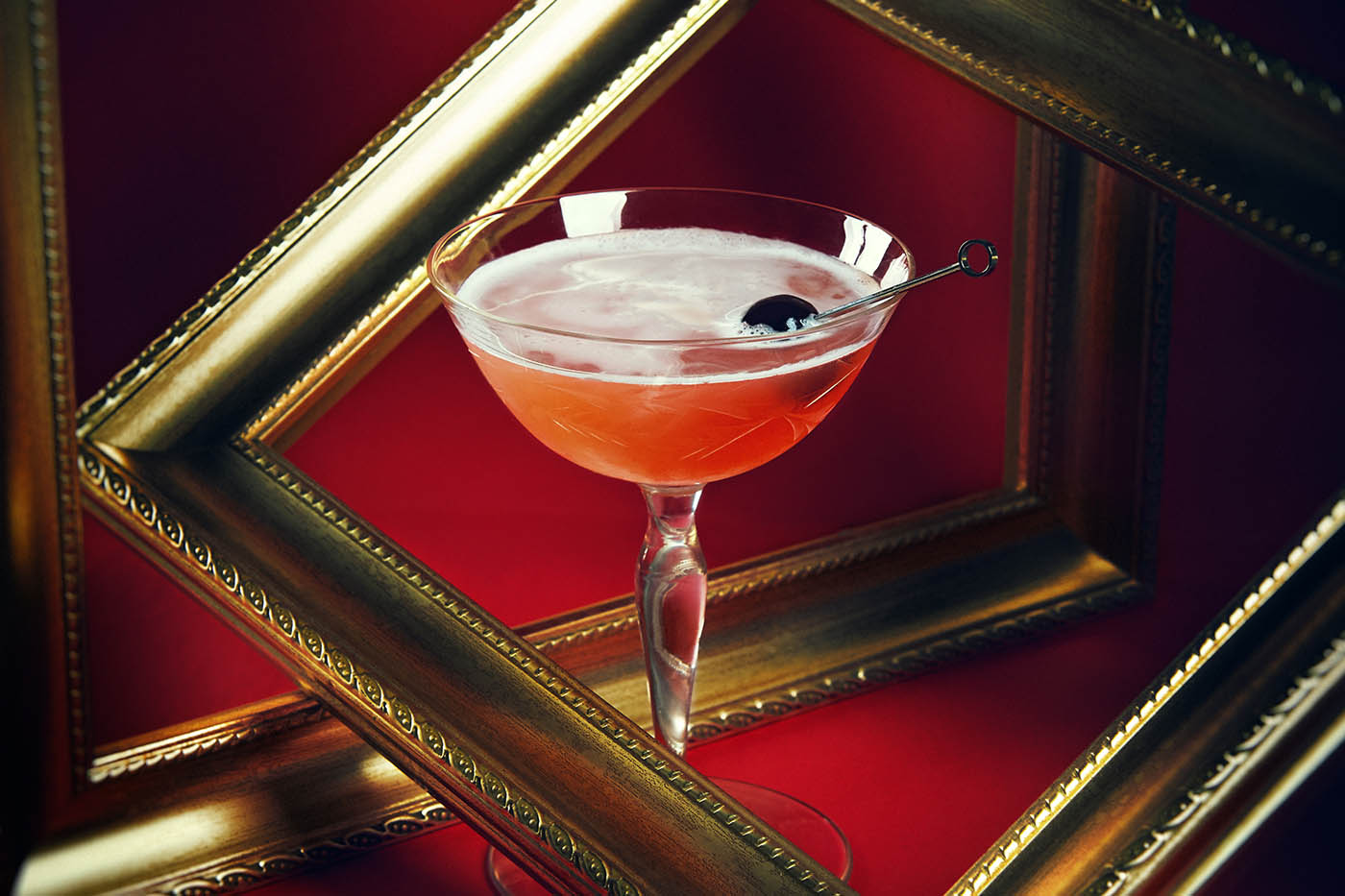 How a rule-breaking drink heralded the coming of scotch as an international spirit. By Seamus Harris.

Every drinker knows the Old Fashioned, but what about The Modern Cocktail? Pitting Scotch whisky against English sloe gin, umpired by dashes of citrus and absinthe, it sounds as appetising as certain other British culinary inventions, like haggis or jellied eels. In fact, The Modern Cocktail surprises with liquid velvet that bristles with character. Redolent of a ramble through picturesque hedgerows, hipflask in pocket, soft fruit is offset by spiky warmth.

The mystery is how this discovery came to be forgotten. Perhaps the unknown inventor stumbled in naming it The Modern – anything old timey enjoys a tailwind of retro cred as it swirls into glasses, while yesterday’s modern can be a tough sell. The Modern pops up in New York around the cusp of the 20th century, only to retreat straight back into obscurity. Even the recipe was soon disputed, with scotch the only constant. Conflicting recipes suggest bartender indifference, even self-preservation – whisky and gin sharing a glass does not just break the usual rules, it sounds so awful that blacking out the finer details could have seemed a survival reflex, at least for more delicate characters.

Fortunately, Charley Mahoney, head bartender at the Hoffman House’s Grand Saloon in New York City, was made of sterner stuff, and the only recipe worth drinking is the earliest to have survived, published by Mahoney in the Hoffman House Bartender’s Guide, 1905 edition. The Grand Saloon at the Hoffman House on Broadway was arguably the greatest bar of America’s Gilded Age. Legends like General Ulysses Grant and Buffalo Bill dropped in to drink the finest liquors (50-year-old Hennessey was available at a dollar a glass), and the lavish decor included risque flourishes, such as a floor-to-ceiling nude titled Nymphs and Satyr.

But as the 19th century gave way to the modern era, the Grand Saloon’s best days were behind it. The Anti-Saloon League was gathering strength, its New York branch set up shop in 1900, and lavish boozers ceased to be in vogue. In 1901, a morality crusader bought Nymphs and Satyr, protecting public eyes by placing the “offensive” painting in storage. The Hoffman House battled on, but the action was moving uptown and the hotel shut its doors in 1915, just a few years before Prohibition.

Perhaps The Modern Cocktail was named in tribute to the dawning of the 20th century. It appears around the right time. But just maybe it was named in a tip of the hat to the mixological possibilities of scotch? After all, scotch was then the world’s most modern and dynamic spirit. The Victorian era saw it transform from a cottage industry to global giant. Rapid adoption of efficient column distillation technology was key to success. By blending the light new style of grain whisky with traditional spirit, Scottish producers could market flavoursome products at economical prices.

When phylloxera devastated French vineyards, a space opened for scotch to climb the social ladder and replace brandy as the lubricant of England’s polite society. Queen Victoria’s regular retreats to Balmoral also fuelled the fashion for all things Scottish. Soaring demand saw over 30 new distilleries open in Scotland in the last decade of the 19th century alone, and for the first time Scottish whisky output exceeded Irish. Firms like Edinburgh’s Pattisons Ltd ran extravagant marketing campaigns such as gifting publicans hundreds of parrots trained to repeat slogans like “Buy Pattisons whisky!” While Pattisons no longer exists, many of its rivals are still enjoyed all around the world. Not surprisingly then, when a modernising Japan turned its new industrial muscle to spirits production, it sought to emulate scotch. Even Irish-born Antarctic explorer Ernest Shackleton provisioned his expeditions with scotch rather than Irish.

What The Modern Cocktail acknowledged was a new world order for scotch and its subsequent domination. That landscape remains little changed today, but one thing still lacking is a sizeable canon of well-known scotch cocktails. This is where this drink helps. While it would have traditionally used blended scotch, the recent explosion of single malts changes this equation. Chemical analysis of Shackleton’s scotch, abandoned below Antarctic ice in 1909 and recovered a century later, found the explorer to have favoured a single malt. If Shackleton, battling Antarctic conditions, could insist on pure malt then surely we, from comfortable barstools, can uphold a similar standard?