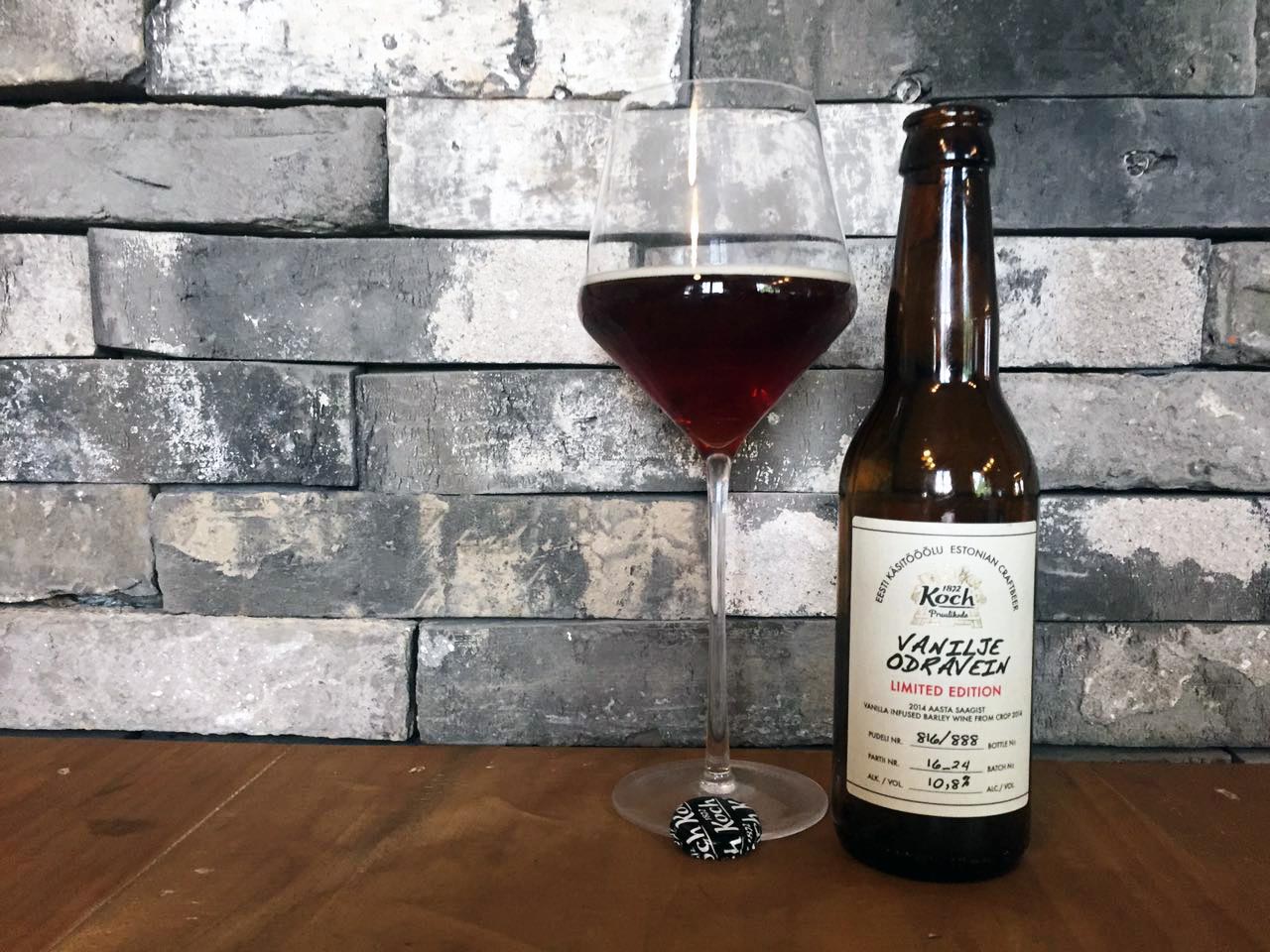 Our drink of the week is a barley wine from one bank of the Baltic. By Jonathan White.

What is it? Estonian craft beer from Koch, a company that dates back to 1872 but only started brewing in 2013 for their own tavern. The first brews included beer and kvass – the bread-based beer so beloved of Soviet states. This is one of their limited editions – a vanilla barley wine, limited to 888 bottles across 24 batches. It’s named Vanilje Odravein, means vanilla barleywine in Estonian.

How is it made? This “vanilla infused barley wine from the crop 2014”, as the label reads is made using pilsner, crystal, dark ale and melanoidin malts with northern brewer and wakatu hops. It then matures on vanilla. It was made by E Karblane, and it’s always nice when they put the brewmaster’s name on the bottle.

What does it taste like? Chocolate café, caramel, the usual suspects but somehow more Estonian, I guess, so šokolaad, kahv and karamell. It doesn’t hide the fact that it is 10.8 per cent abv but the punch is balanced by a sweetness from the vanilla. There’s also a zesty orange in the mix and hints of warming wintry spices. If you were prone to speculation you might suggest that it’s a welcome taste of the yule season year round given that Christmas was banned in Estonia under Soviet rule. There’s also something of the sausage to its savouriness.

UPDATED: Five things we learned from the Asia’s 50 Best 2017 teasers