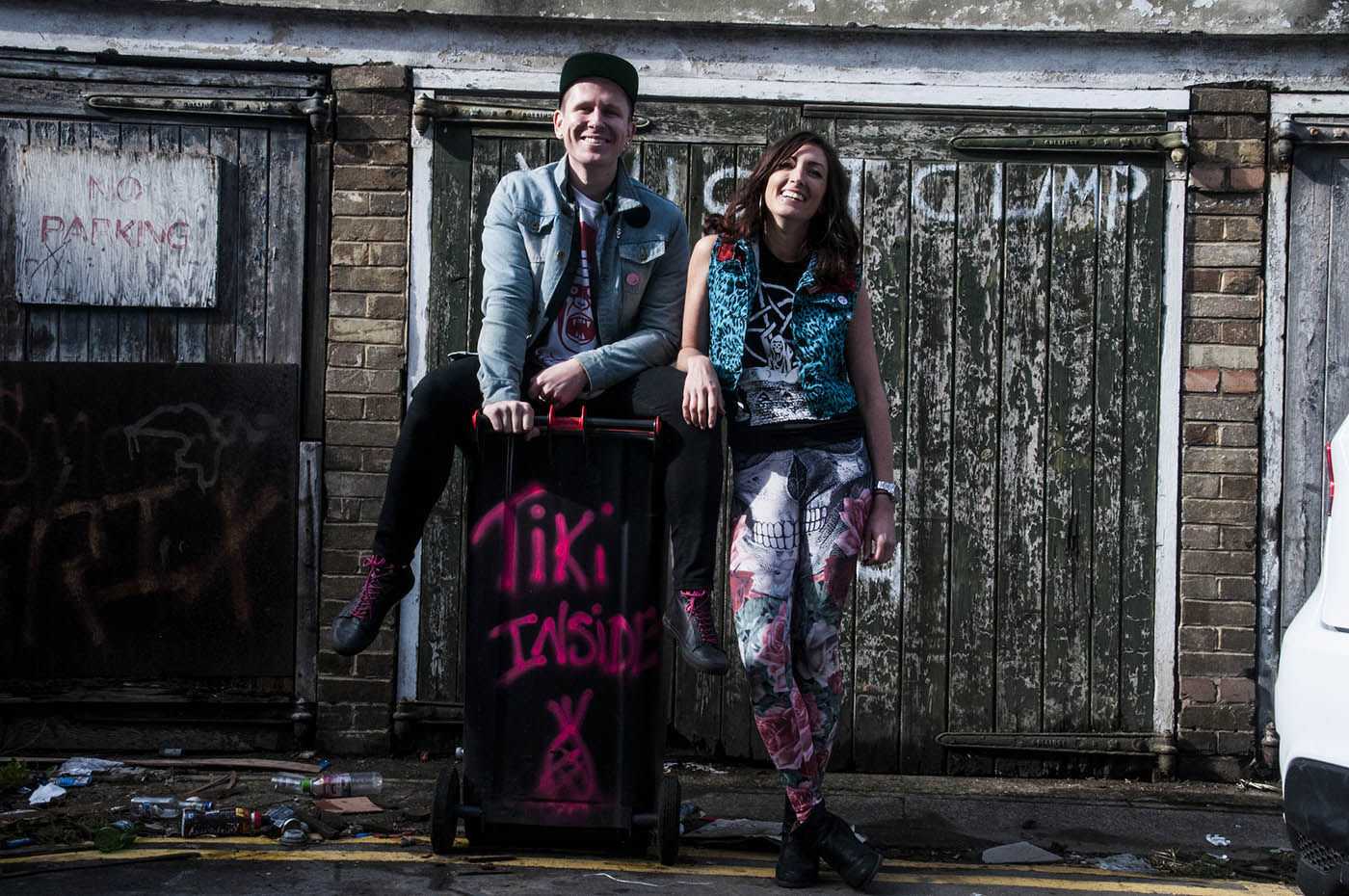 Iain Griffiths and Kelsey Ramage from Trash Tiki
May 23, 2017
share

#refusethestraw, root-to-stalk and zero-waste bartending are buzzwords floating around the global cocktail scene lately. They point to the increased awareness around the food and material waste that bars generate. Places like Native and Operation Dagger in Singaporeare each taking their own steps to turn pineapple rinds into yummy tepache and trim biodegradable betel leaf into coasters.

At the forefront of the waste-not movement though, is London-based Trash Tiki. Founded by Iain Griffiths and Kelsey Ramage from White Lyan and Dandelyan, Trash Tiki began life as a pop-up concept and an online resource with a punk sensibility that’s not at all save-the-world preachy. Their website is a veritable treasure trove of recipes and instructions to turn almond croissants into orgeat, and avocado pits and ‘shit load’ of pistachio shells into Pit Stop Rum.

Now, they’re taking their #drinklikeyougiveafuck initiative on a world tour, with Singapore, Hong Kong and Seoul on the itinerary. “The purpose of taking Trash Tiki around the world is to see how cuisines and cultures waste different flavours by putting them in the trash, rather than using them,” Griffiths says.

At Junior at Crackerjack in Singapore (June 21-23, with a masterclass on the 21st at 2pm), The Pontiac in Hong Kong (June 27-28), Charles H in Seoul (July 12, 1-3pm for a seminar, 9pm on for their guest shift), and then Southside Parlor in the Korean capital (July 14), they’ll be running guest shifts powered by upcycled ingredients and masterclasses to spread their message.

“In each of the cities, we ask the bars to save would-be waste ingredients over the weekend prior to the events,” Ramage says. “They also provide a list a few weeks prior as to what is normally thrown away during the bar prep process, so we can outline a rough menu before we arrive.”

This is also a chance for Ramage and Griffiths to add a few more Asian ingredients to their repertoire. “We’re also looking forward to having some more interesting ingredients in the Asian cities that we maybe haven’t worked with before, or has a different flavour profile than we’re used to in the UK,” she adds.

Their year-long journey will result in a beefed-up knowledge bank of new recipes to add to the global conversation of reducing waste behind the bar. “Ultimately, we will create a platform that is global in every sense of the word, full of recipes and resources that allow the international community to see the breadth of potential behind the products we’re wasting every day,” says Griffiths.

For more information on the pop-ups and masterclasses in Singapore, Hong Kong and Seoul, stay tuned to the respective bars’ Facebook pages.