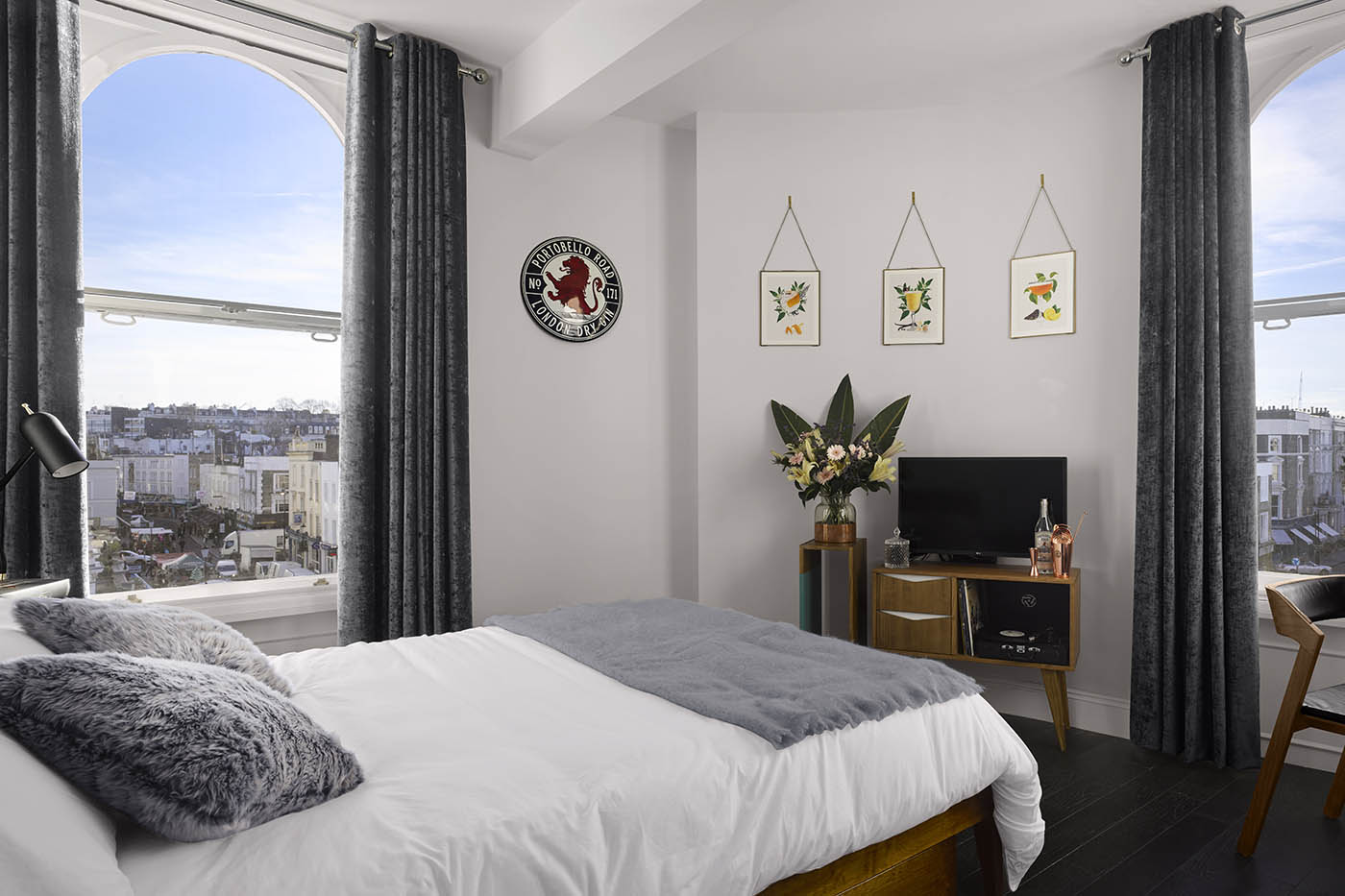 A room at the gin-themed Distillery hotel and bar in London.
May 15, 2017
share

Our editors pick the best of the web’s booze writing. This week: Disney world for wine, better booze in your minibar, businesses focused on the health of hospitality workers, and more.

China is building a Disney World for wine [Bloomberg]
Shandong’s Changyu is on a chateau-building spree, as the giant Chinese winemaker erects replicas of grand European castles in its vineyards across the country. Bloomberg explores how this move signals the company’s ambitious plans to bring even more bottles to the table, and even trying its hand at making brandy.

Beer tasting 101: How to tell the skunky from the merely funky [Serious Eats]
Is that sour beer really meant to taste that sour, or is there just something wrong with it? Serious Eats delves into the world of funky flavoured beers so you can tell whether that brew is true to the style, or has turned.

New businesses give restaurant workers the tips they ache for: wellness [NPR]
To help hospitality workers cope with the pressures of a high-stress, physically demanding job, a number of businesses are sprouting up to cater to their health and encourage wellness. NPR explores how yoga to emotional support groups are lending a helping hand.

Liquor shops and local governments have devised genius ways to circumvent India’s new roadside booze ban [Saveur]
In an effort to curb drink driving, India just banned all alcohol sales within 500 metres of all state and national highways. In response, some venues have turned to ideas like maze-like entrances to extend their distance from those roads, while one local government renamed their state highways as “district roads.” Never have the power of human ingenuity been on such glorious display.

Beyond the minibar: why booze companies are opening hotels [Eater]
You’ll never have to worry about what is stocked in the mini-fridges of these hotels, as a rising tide of craft brewers and distillers are getting into the mini-bar game. From tasting rooms that come with guest rooms to casa tequila, Eater looks at the growing phenomenon.

For alternatives to big Burgundy, look to these villages