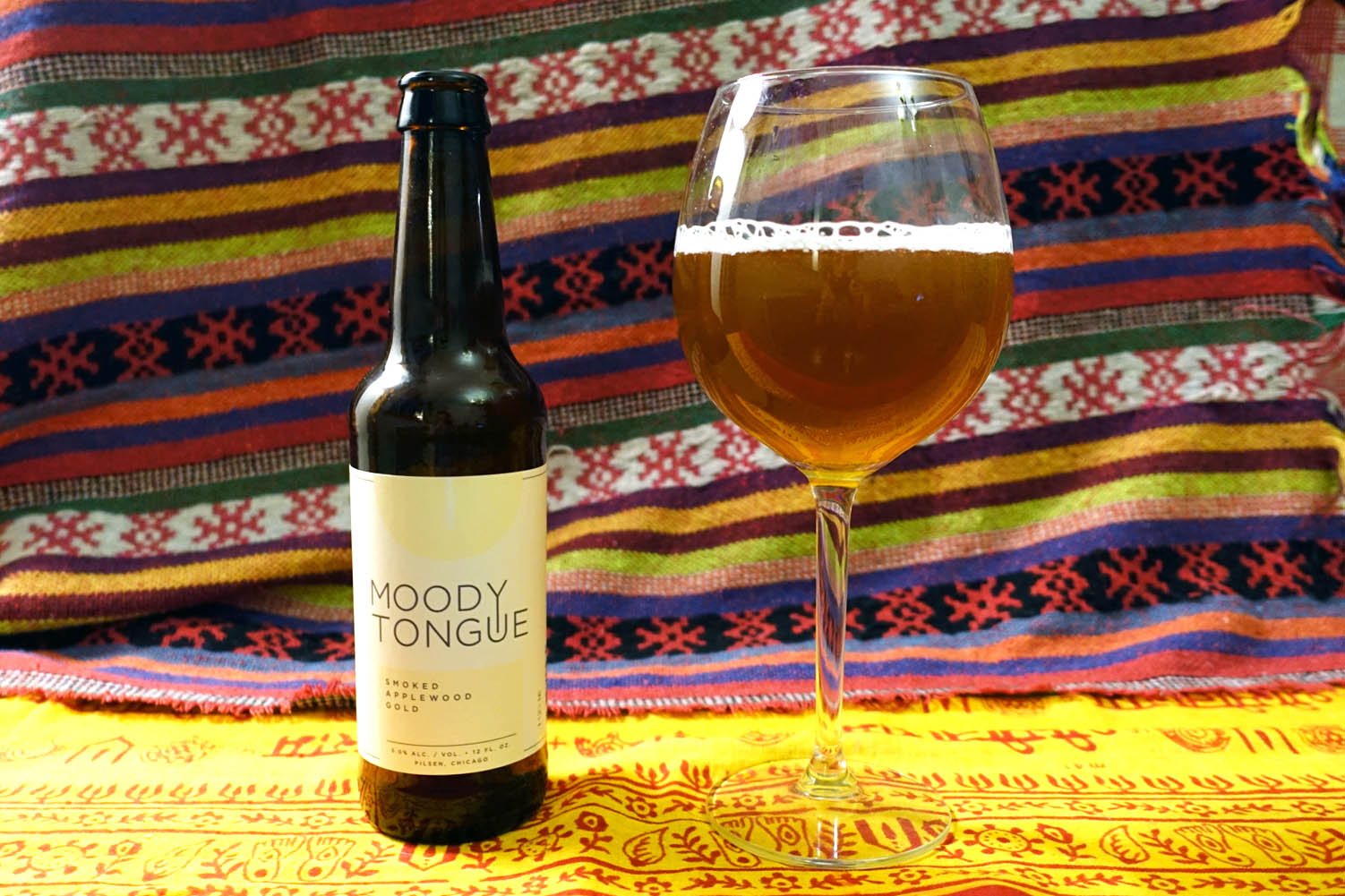 What is it? A golden lager made with smoked applewood by Chicago brewers Moody Tongue. The name may sound like a rapper or a bag of knock-off offal but it refers to the discerning palate of today’s drinkers.

How is it made? Culinary brewing. That’s what CIA*-trained chef-turned-brewmaster Jared Rouben calls his process. He starts with an ingredient and then thrashes out the ideal beer style to showcase it in, rather than choose a beer category then use culinary techniques to best impart the flavour into that style. Backroom tinkering got him to a gold lager made by smoking the barley with applewood.

What does it taste like? Subtle when it comes to the smoke, which can only be a good thing considering some of the more aggressive renditions made with synthetic smoke. This, though, is all-natural and gives way to apple (as expected) and spritzes of citrus. Then there’s the taste which recalls roast ham, suckling pig and canned peaches. Maybe all this talk of food predicted such memories, but we’ve all been eating a lot longer than drinking so there’s more reference and more to be nostalgic about. Moody Tongue’s other beers might offer less for the common man in that regard – there’s a Bourbon Barrel Aged Barleywine, aged in Woodford Reserve barrels, and a Shaved Black Truffle Pilsner – but this one’s Henry VII, full-pig-with-an-apple-stuffed-in-its-mouth vibe makes it an easy entry point, and that’s all right by us.

* That’s the Culinary Institute of America; he’s not a spy.

Ueno, Nick, Colin, Janz and Neung are opening a bar

Now read this: Urban wineries, a guide to hops, and Goose Island hits back