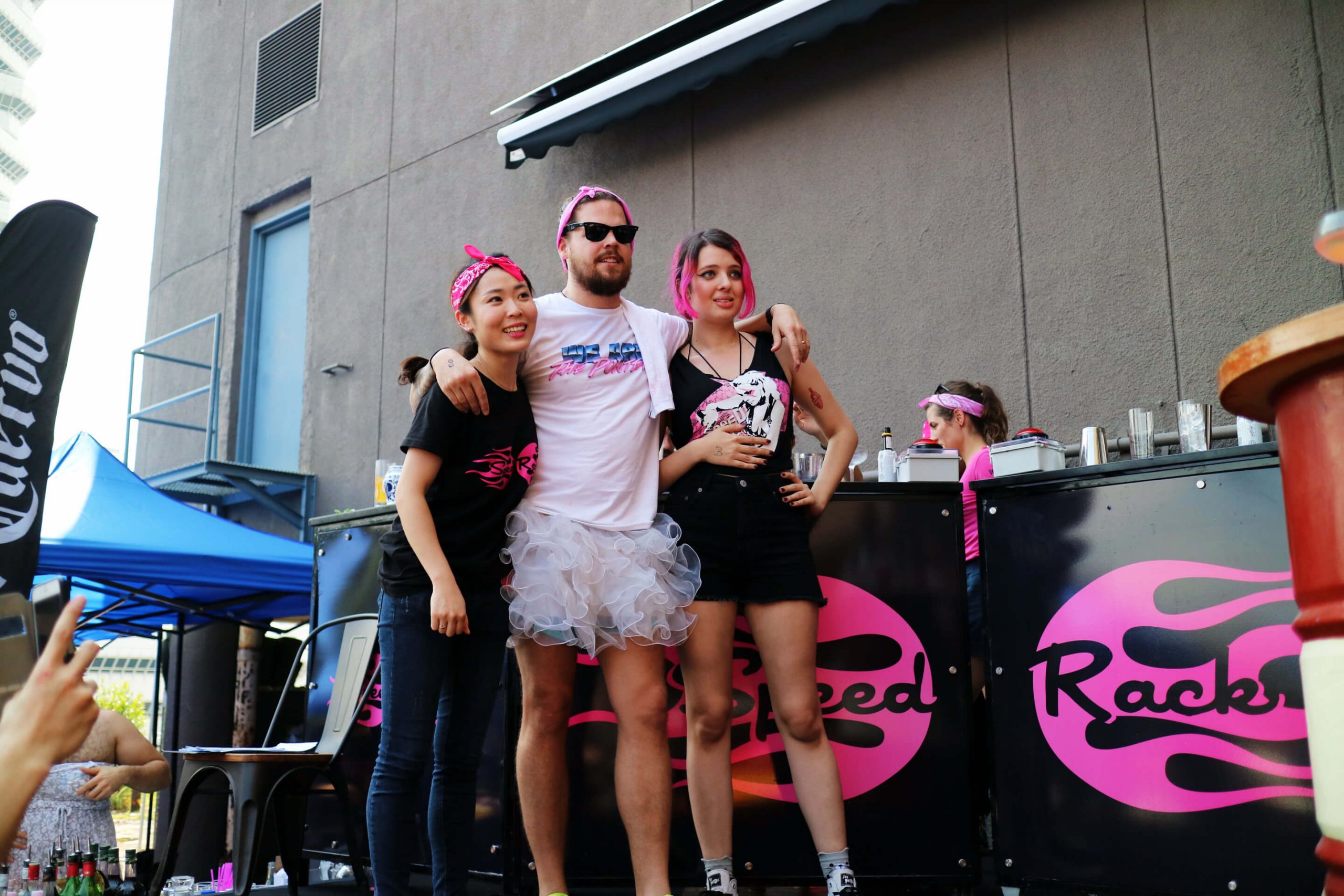 Bartender from The Pontiac in Hong Kong wins the first ever Asian edition of the all-girls competition.

Under scorching heat at The Great Escape outdoor bar on March 12, Ana Souza from Hong Kong’s The Pontiac beat 21 other female bartenders to win the Miss Speed Rack Asia title at the event’s first ever showing in the region.

In the final round of eight, Souza’s head-to-head bout against Kang earned praise from judges Vivian Pei, Micaela Piccolo, Camille Vidal and David Cordoba for hitting the mark on the drinks the judges requested for on the fly. Cordoba also commended the pair on their professionalism under pressure. Souza eventually edged out Rivera in the final to take the title.

“It hasn’t sunk in yet,” says Souza. “The amazing thing was that once I was on stage, I wasn’t really nervous. It just felt like a very busy shift behind the bar. I was nervous off stage, but once I knew the drinks the judges wanted, it was breezy.”

This first edition in Singapore also received the support of Speed Rack founders Ivy Mix and Lynnette Marrero, with Marrero telling the crowd at the end of the event, “Thank you Singapore. Your cocktail scene is beautiful, and remember, the future is female.”

DRiNK Magazine is the official media partner of Speed Rack Asia 2017. See more of our stories on Speed Rack here.

“There are no winners” at the Anti Bar Awards