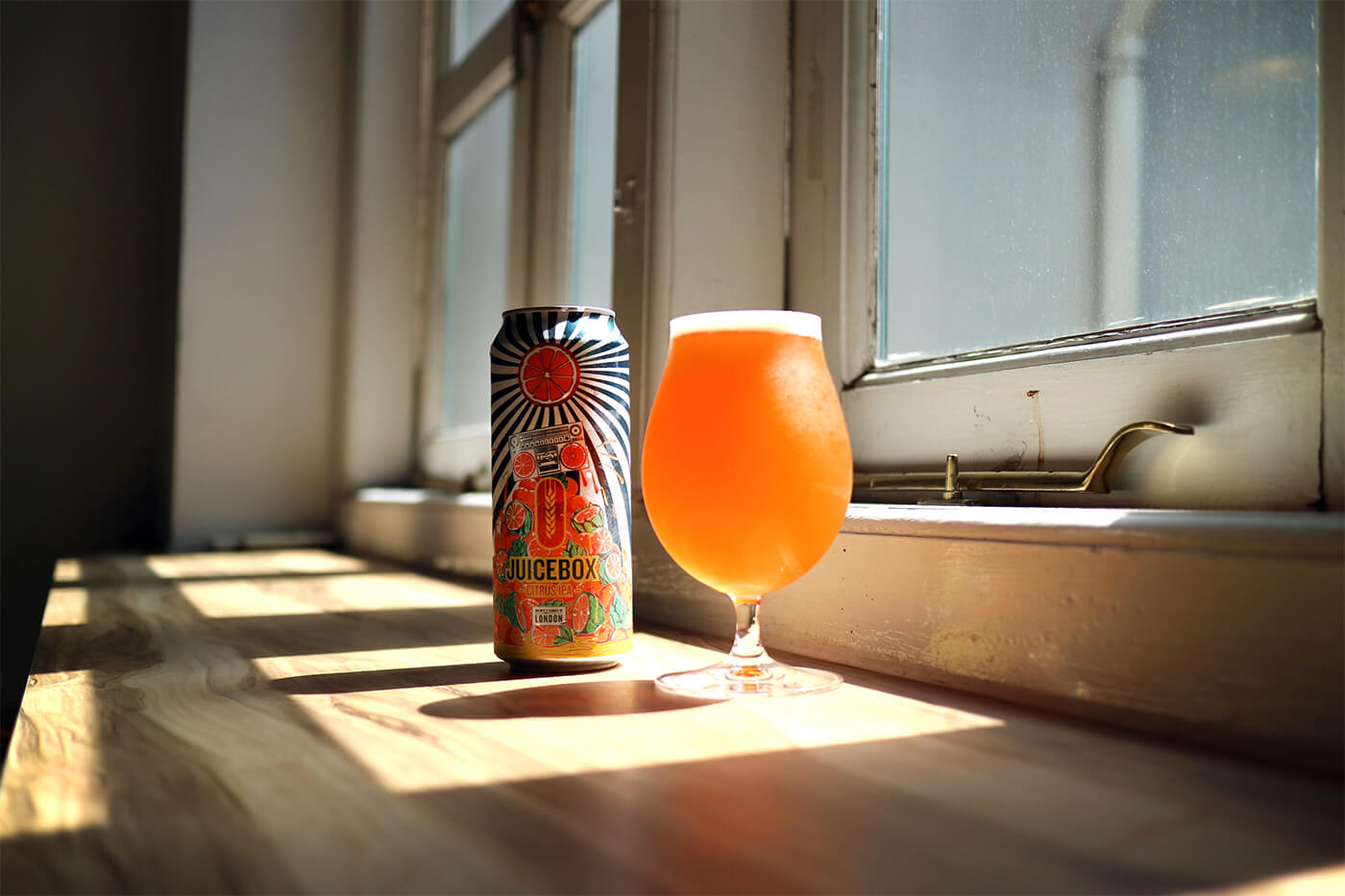 What is it? Southeast London brewery Fourpure’s answer to the buzzed-about Vermont/northeast style IPA made popular by breweries like Hill Farmstead in the US. Defined by its rounded character, hazy outlook and heavy doses of citrus notes, versus the piney character of the more popular West Coast style IPA. The brewery is very much a part of the Bermondsey Beer Mile bunch – with the likes of Beavertown, Kernel and Brew by Numbers – driving the south UK craft beer boom.

How is it made? Brother owners Daniel and Tom Lowe named the brewery after their loyalty to the four core ingredients that typically go into beer – grain, yeast, hops, water – although Juicebox gets those, and an additional injection of orange zests to drive the fruity narrative of their beer.

How does it taste? Like a malty smoothie in a glass. Fourpure’s can-first approach to their packaging – which usually calls for a much heftier start-up cost – pays off in its fresh bite. In the glass, this liquid glows a bright orange and its haze translates in the nose with a light pong of yeast. Each textured sip reveals base notes of bitterly sharp citrus oils and bittering hops, that offers a counterpoint to the refreshing, tongue-prickling flavours of more citrus, syrupy mango and tropical fruits.

Fourpure Brewing Co. is distributed by Eastern Craft in Singapore.

Cocktails to inspire you this International Scotch Day