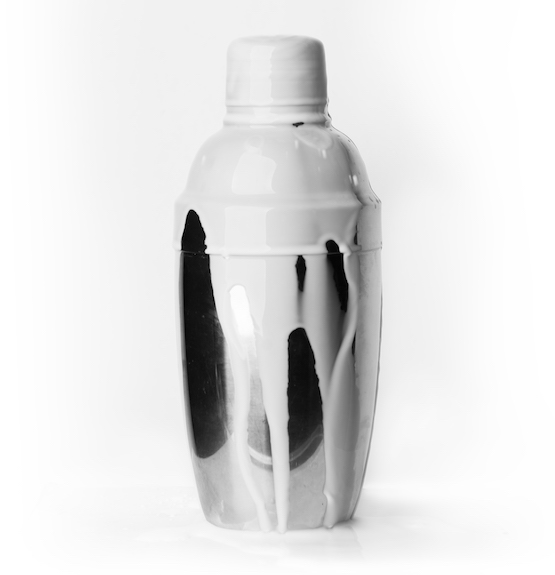 Not just Ramos and Alexanders, says Paul Mathew – whey, yoghurt and cheese are all working their decadent magic in contemporary drinks.

Having previously covered low-calorie drinking, it seemed only fair that I balance the scales with the rather more decadent category of dairy. It’s a class of drinks that saw more than its fair share of abuse in the 1980s and 1990s, with canisters of whipped cream spluttering garnishes onto dubious shots, and sweetened long-life “half and half” forming the base of concoctions like the Mud Slide and the Screaming Orgasm. But it’s also an area that has since been brilliantly resurrected and reimagined by the modern bartender.

Unsophisticated dessert drinks gave dairy a bad reputation during my formative years learning to make cocktails. But long before I stepped foot behind the stick, dairy’s history had been rather more illustrious, with milk and alcohol being the foundation for many a breakfast in the 17th and 18th centuries, in the form of possets, flips, buttered rum and milk punches. Later cocktails such as the Ramos Gin Fizz (1888) and Alexander (early 1900s) demonstrated just how classy dairy could be. It’s these recipes that are now influencing modern dairy drinks, in particular the Clarified Milk Punch (made by curdling the milk and separating the clear whey from the solid curds), which has seen a return to fashion, assisted by the batched cocktail trend. There’s the Ramos Gin Fizz, a drink that is emblematic of nerdy bartending with its need for a specific, somewhat unique ingredient (orange flower water) and the “look at me” shake (ideally for minutes). I love the Difford’s Guide instructions: “Vigorously dry shake until bored/tired. Add ice to shaker, shake again…”. There’s also the Alexander (I highly recommend the Campari Alexander from Anvil in Houston (2009), a 2:1:1 ratio of Campari, cacao and cream served with dehydrated Campari crystals; or the Flip, which is occasionally even heated with a traditional hot poker for delicious caramelised flavours and bonus “craft flair” points!

Dairy still elicits a tinge of apprehension, though. In the right hands, a Ramos is a thing of beauty, full of beautiful aromatics and cloud-like in texture, with its head rising up above the rim of the glass. Made badly though, it resembles the ’80s disco drinks that still crop up on dive bar menus from time to time. Equally, with the likes of Hot Buttered Rum and Irish Coffee: made well they can be outstanding (The Dead Rabbit in New York is famous for its Irish Coffee – their secret? “Buy ridiculously expensive heavy cream from your favourite local dairy”). But handled poorly they can be cloying and unpalatable. It’s this variation in quality along with the ’80s image that has made it hard for dairy drinks to shake their bad reputation, even in the industry. “I think that dairy in cocktails has long been treated with double standards,” says Hannah Lanfear, former head bartender at Milk & Honey London and now global ambassador for Jensen’s gin. “For instance you couldn’t enter a cream drink in a cocktail competition and be credible; however, if you called it a flip then it suddenly had a classic bent, and that would win it for you!” (Incidentally, look up Milk & Honey’s Lazy Man Flip for another great dairy drink.)

That’s also one of the secrets to the success of the Ramos Gin Fizz – it has that heritage and cult status that bars can reference to get away with listing dairy drinks; so much so, that “Ramos” has almost become an allusion to the technique. For example, The Dead Rabbit mentions the Ramos with their Pistache Fizz, containing eucalyptus and green tea in place of the orange flower aromatics, and pistachio syrup swapping for the simple. Meanwhile, Varnish in LA goes for creme de violette for their Violet Fizz, and Employees Only in New York chooses Chartreuse for its Mid-Morning Fizz.

It’s technique that’s all-important for dairy. A Ramos needs to be shaken hard if you want it light, whether that’s by employing teams of “shaker boys” to shake for you like the Imperial Cabinet Saloon did at the height of the drink’s popularity, or by seeking help from your customers. “I’ve been known to build one in a shaker then pass it around the room for shaking if I don’t have time,” says Lanfear. As for milk punches, infusion times are important for a consistent flavour, and if you’re clarifying, then ensuring that the milk is properly curdled and totally strained will mean that the drink will keep for a long time (and can even be aged), unlike most dairy drinks. Gibson in Singapore further clarify theirs with agar to ensure clarity and freshness (see the Crystal Ramos recipe).

The term dairy is not restricted to the traditional ingredients of butter, milk and cream, however, and the last few years have seen bartenders experiment with cheese and yoghurt as a way of incorporating interesting flavours or textures to their creations. At Codename Mixology in Tokyo, Shuzo Nagumo has taken this very seriously, creating a whole “Cheese Martini Collection” including Blue Cheese, Parmigiano, Smoked Blue Cheese and Normandy Camembert Martinis from gin infusions that he re-distills with a rotary evaporator. The Pawn in Hong Kong offers a Mac and Cheese Snapper (Death’s Door gin with parmesan, spiced tomato mix, horseradish, honey and a second helping of cheese via ricotta whey). Lu Yao, meanwhile, took inspiration from his youth to put a cheese drink on the list at The Union Trading Company in Shanghai. “I remembered the first time I had blue cheese on crackers with a drizzle of honey and that was pretty awesome,” he says. “So I decided to replicate those flavours and it was very much one of those love–it-or-hate-it drinks – a scoop of blue cheese ice cream, scotch, honey, thyme and a touch of grapefruit.”

Whether you love or hate cheese drinks (and please don’t put a blue cheese-stuffed olive in my Martini!), modern dairy cocktails clearly have a role to play in a balanced drinks list. If you’re looking for a good place to start, try the Tiger’s Milk as drunk by Charles H Baker in 1931 at the famous Grand Hotel des Wagons Lits in Beijing, described in his Jigger, Beaker and Glass: Drinking Around The World. “We honestly consider this one of the most amazing and delicious building-up drinks we’ve ever known,” beams Baker. “Tiger’s Milk No1: Command 2 1/2 jiggers old liqueur brandy, or champagne fine, and put this in a shaker. Add 1 to 2 tsp of sugar, to taste, 1/2 cup heavy cream and 1/2 cup of milk – nothing else; no trimmings. Shake with several big pieces of ice and strain into a goblet. We came, we saw, we drank.”