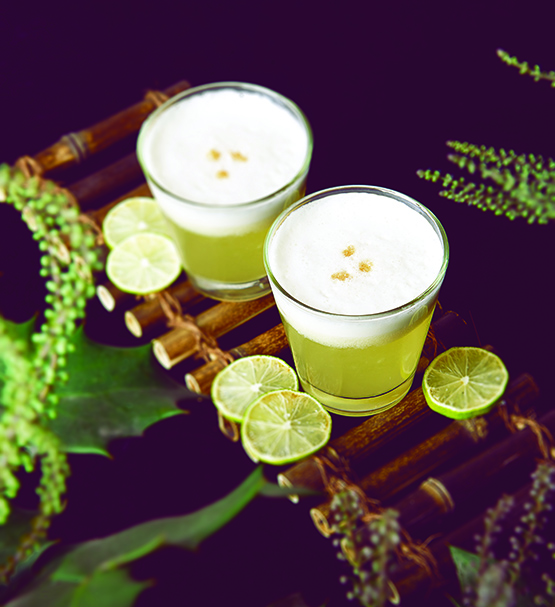 The spirit that inspired a century-old diplomatic battle between two nations in South America explained, care of Seamus Harris.

1 Even the etymology of the word “pisco” is debated.
Depending who you ask, pisco takes it name from any number of sources: its place of origin, an Indian tribe from the Ica region in Peru, the ceramic jars used to store and transport the stuff, or the word for “bird” in the Quechua Indian language. Confusion reigns. Even the place of origin theory is messy: Peru has a city, district, province, river and valley… all called Pisco. This riddle could have many right answers. Regarding the jars, in Quechua they are piskos (literally “birds”) while in Spanish they are botijas. Finally, while northern Chile also has a town named Pisco, it is named after the drink, not vice versa. In 1936, La Unión, in Chile’s pisco-producing Elqui Valley, renamed itself Pisco Elqui. But this is believed to be a marketing stunt and legal ploy to protect Chile’s right to call its product “pisco”.

2 Pisco is not, as claimed, the oldest spirit from the Americas.
Cachaça, in fact, is much older than pisco. Still, it’s true the spirit has several hundred years of history and is unique in the Americas in being carefully crafted right from the beginning of its production. Unlike cachaça, which developed as a sideline of sugar production, and for a long time was rough and drunk mostly by slaves, the Jesuit monks involved in the development of pisco were the experts of their day in viniculture, wine making and distillation. So while it might be fair to call pisco the first spirit of any consistent quality produced in the Americas – it was not the first.

3 Chile’s claim as the original home of pisco has been largely discredited.
Peru can claim victory on most fronts in its squabble with Chile as to who “owns” pisco. Geography muddies the debate. Before Chile and Peru became unruly neighbours they belonged to the Viceroyalty of Peru – a giant Spanish colony administered from Lima that stretched across most of South America. The inhabitants of the Viceroyalty distilled pisco wherever they grew grapes and colonial vineyards existed in both Chile and Peru. In the 1880s, the two newly independent nations fought a war that ended with Chile grabbing Peruvian territory, including the port of Iquique – the so-called birthplace of the Pisco Sour, according to some (discredited) accounts. However, the earliest pisco was undoubtedly distilled in what is now modern Peru – specifically Arequipa, Lima, Cuzco and Ayacucho. As a neutral umpire, the European Commission recently recognised pisco as being of Peruvian origin.

4 Peru closely regulates the production of pisco.
In Peru, pisco production is limited to a specific geographic designation of origin, basically comprising the fertile coastal valleys south of Lima. Eight grape varieties can be used: quebranta, negra criolla, molar, italia, muscatel, albilla, torontel and uvina. The spirit must be batch-distilled to final proof, from a wash fermented solely from grape juice. After distillation the spirit must be rested for a minimum of three months in non-reactive vessels. Although resting traditionally employed ceramic jars, the modern practice is to use large tanks of concrete, stainless steel, or plastic. Barrel ageing is prohibited since barrels are reactive and will influence taste and colour. The result is a spirit with a pure flavour of grapes, free from additives such as sugar.

5 There are three classifications of pisco in Peru.
Under Peruvian regulations pisco puro comes from a single grape variety. The eight permitted varieties are evenly split between aromatic and non-aromatic. The former are albilla, italia, muscatel and torontel while the non-aromatics are quebranta (the most popular), molar, negra criolla and uvina. Pisco acholado indicates a blend of both aromatic and non-aromatic grapes. Pisco musto verde is a richer pisco distilled from a must that remains “green” – in other words, incompletely fermented. Conventional wisdom is to make cocktails from acholado or a pisco puro based on robust grapes – quebranta is the favourite. Aromatic varieties and musto verde tend to be savoured straight.

6 Traditional pisco ageing has parallels with Chinese spirits.
Like Chinese wine jars, porous clay botijas allow oxidation without the wood flavours that accompany barrel ageing. Still, the use of botijas is a fading tradition.

7 Peru might “own” pisco but its total production is dwarfed by Chile’s.
Aided by an enormous wine industry, Chilean pisco production exceeds that of Peru by seven times. Chilean consumption is also higher despite its much smaller population. Chile’s regulations are looser than Peru’s and permit a lighter drink. Producers have considerable leeway provided the final spirit has the flavour of grapes. Hence Chilean pisco tends to use continuous distillation to high proof, and the grape distillate is often cut with cheaper sources of alcohol. Lower production costs make Chilean pisco an affordable, everyday drink. Unlike in Peru, Chile also permits barrel ageing to create, premium, age-stated sipping pisco.

8 Pisco is not a South American version of grappa.
Although both are clear grape brandies, grappa is made from pomace (the pressed grape skins and seeds discarded by wine makers), while pisco is made from juice. Grappa is a by-product while pisco, at least in Peru, is the whole purpose of local viniculture. The point becomes clear if you check out a Peruvian supermarket – the range of pisco far exceeds that of wine.

9 In Peru, a single bottle of pisco typically contains the distilled essence of six to eight kilograms of grapes.
For musto verde styles, in which the must is not fully fermented, this increases to around 12 kilograms.

10 Both Peru and Chile have many traditional serves beyond the pisco sour.
King among these is the Piscola, a simple mix of pisco and Coca-Cola served with a lime wedge. Deliciously simple, this drink is far more popular in Chile than Peru. The Peruvian version often uses Inca Cola – an icky-sweet soft drink reminiscent of Gatorade. For something more classic try the El Capitán, a Manhattan made with pisco. Unlike a Manhattan, though, the drink is not always iced. Some feel the pisco’s flavours are better showcased at room temperature.

11 Pisco has great untapped potential in cocktails.
Creative bartenders seeking inspiration can do worse than looking to tiki classics such as, say, the Fogcutter. Pisco provides the magic that animates this raucous mix of rum, gin, sherry, citrus and orgeat, somehow producing a coherent and charismatic drinking companion.

12 Pisco was the classic drink of the Californian gold rush.
Although we tend to imagine the pioneers of the American West spending their days soaked in whiskey, before the completion of the Pacific Railroad in 1869 Californians found it easier to buy pisco from down the coast in Peru than whiskey from Kentucky or Pennsylvania – way over on the other side of the continent. Thus, the stereotypical gold prospector who had struck it rich probably headed into town for a pisco binge. It is not surprising that the Pisco Punch, that other famous pisco drink after the Pisco Sour, originated in San Francisco.

14 Tensions remain high in the “pisco war” between Peru and Chile.
In 2007 Peru rejected a Chilean offer to share the term pisco and cooperate on promotion. The official Chilean position recognises pisco’s Peruvian origins but insists on Chile’s right to use the term – reasonable given Chile’s long production history. Each country bans the import of the other’s product. Peru is more serious about the ban, though, while Chile is in fact a major market for Peruvian pisco – imported as “brandy”. With Chilean connoisseurs sipping Peruvian juice and the Chilean government accepting Peru as pisco’s daddy, perhaps it is time Peru chilled out and shared its toys?

11 things you need to know about sake