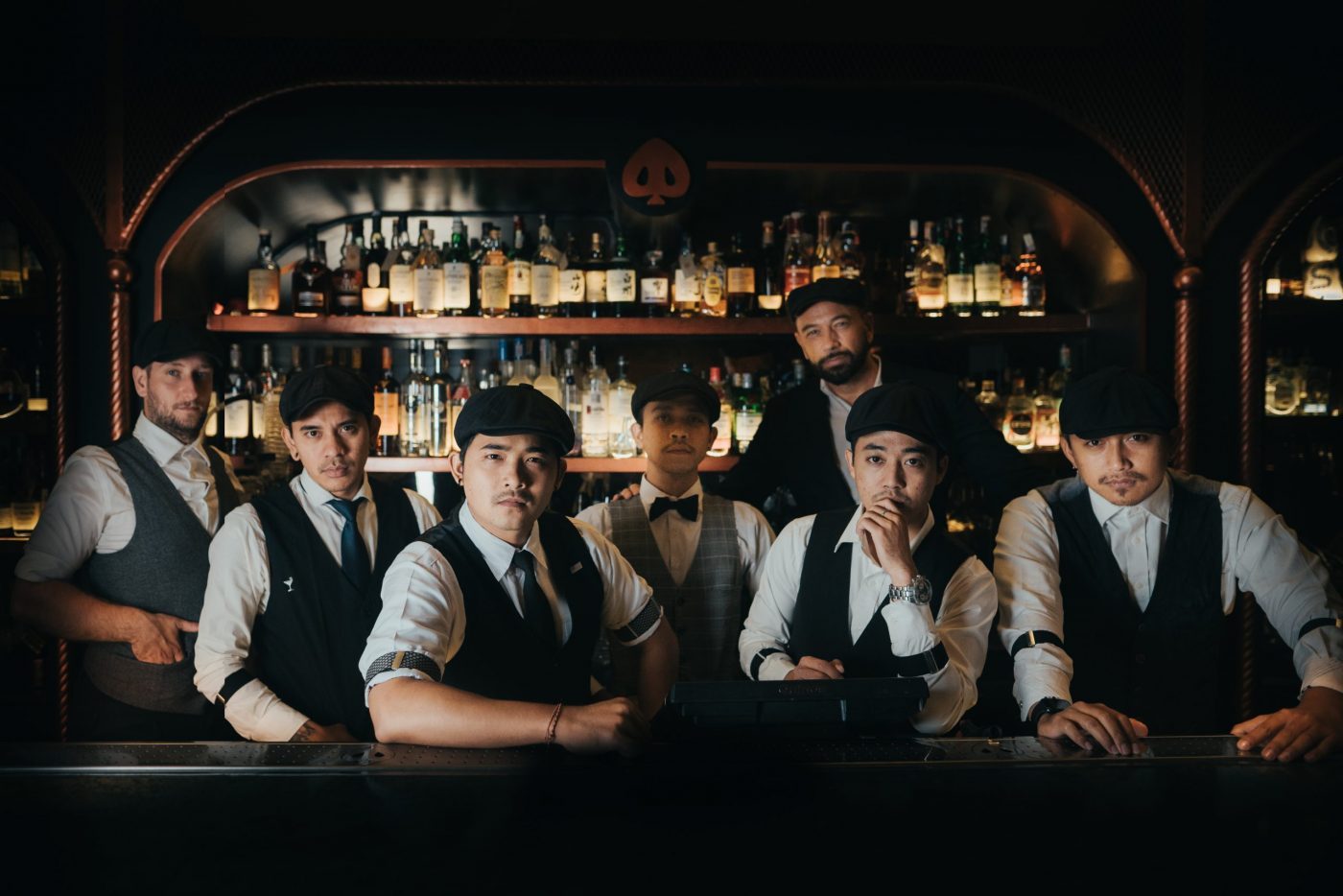 Drink like a gangster at The Shady Family’s Bali outposts.

Bali-based boutique hospitality powerhouse the Tavolo Group boasts a portfolio of brands across the island that includes The Avocado Factory, Hippie Fish, BB52 Burgers, Piccolina, Slice! Pizza and The Shady Family, as well as some other projects in the works.

The Shady Family cocktail bars transports drinkers back to different eras in the 1900s to the storied world of a mobster syndicate known as The Shady Family.

Mobsters they may be, but the story goes that the gang – who originated in Birmingham, UK – were purveyors of entertainment. Their underworld was rough but glamorous and decadent, and they rose from the streets of Birmingham to become a global organisation.

The Shady Pig in Berawa hails back to 1920s Birmingham, when the family first established itself as a gang of illegal bookmakers and bootleggers, extorting people through corruption, protection and violence, eventually rising to become Birmingham’s most notorious gang, running the city from behind the scene. The speakeasy, password only bar is housed in the contraband laboratory of The Shady Family.

The Shady Fox in Pererenan channels 1930s London, where The Shady Family expanded operations having garnered political contacts. The gang was no longer Birmingham’s most notorious underworld syndicate – they were the most notorious in the whole country. Their stable expanded to include gambling clubs where they fixed casinos, laundered money and continued in their reign of corruption. Think glamorous cocktail parlour with roulette and late night entertainment, complete with a secret illegal gaming room with theatrical cocktails.

1940s Los Angeles is where The Shady Flamingo in Petitenget calls home. During prohibition, the Shady Family supplied the American market with whisky and began to launder money in the States. They partnered with the infamous Genovese Family and hired America’s Queen of the Mob Betty Hood to keep tabs on the underworld happenings. This intimate venue is a blend of Hollywood glitz and gangster glamour. As flamboyant as a flamingo, the bar is an imagining of Betty Hood’s living room, where celebrities, politicians, gangsters and molls kick back sipping on lavish drinks while listening to vinyl.

Concepts aside, cocktails at these bars are as anything goes as The Shady Family, breaking rules and using unusual flavours to put inventive twists on classics. A lot of the bars’ spirits, tinctures, syrups, mixers and garnishes are made in house, and apply experimental techniques such as distillation, infusion, barrel-aging, fat-washing, clarification and fermentation – some of which are rarely seen in Bali, let alone Indonesia.

Each bar’s cocktails reflect the theme and era, but each feature an eclectic selection of spirit-forward drinks that are aged in oak barrels for a minimum period of three months.