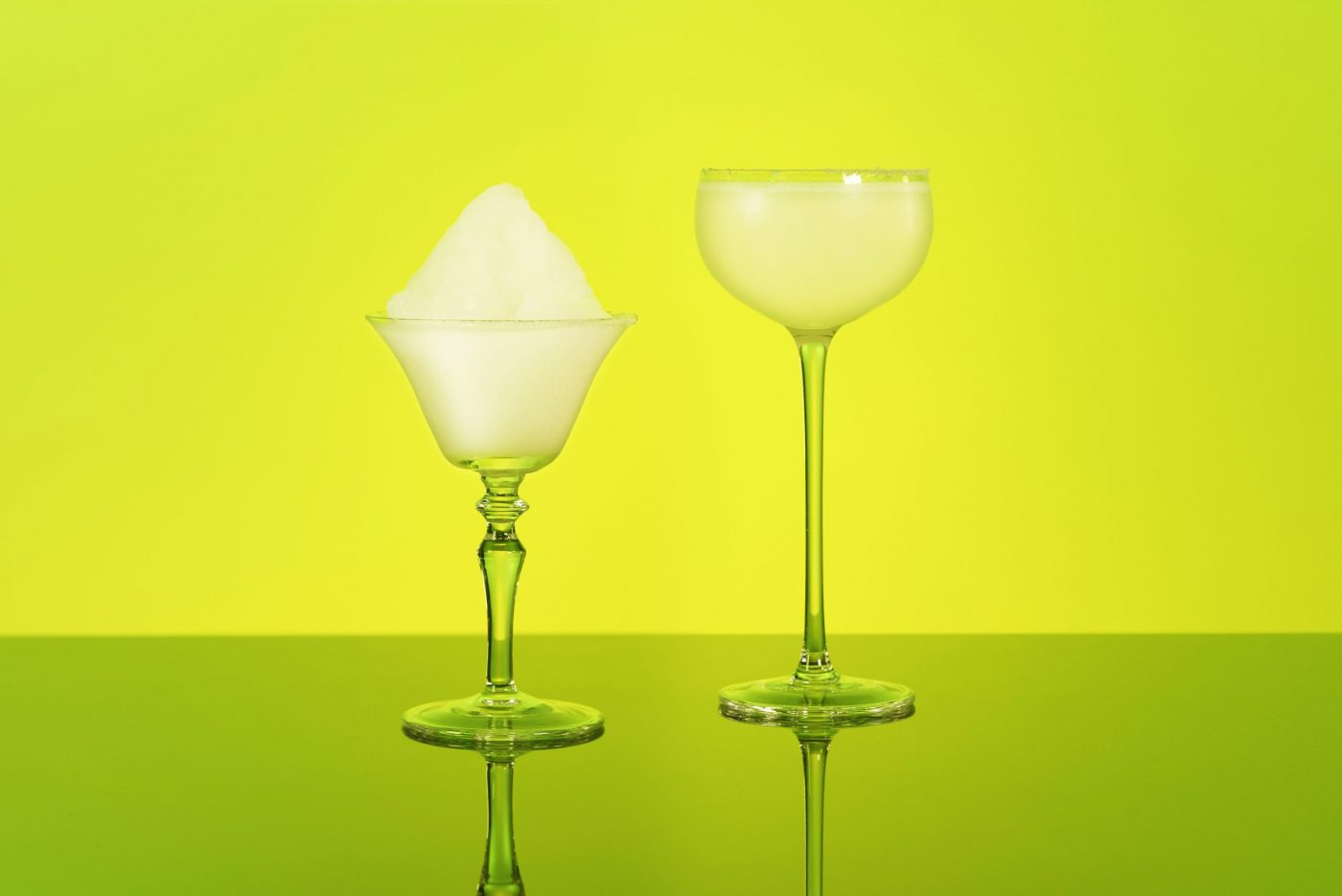 History and mystery from Mexico. By Seamus Harris.

As with so many drinks, stories abound yet evidence is scant. In this case the stories mostly involve Mexican resorts, glamorous gringos, and women with names like Marjorie, Margarita and Marguerite. Perhaps Margarita lovers should thank Margarita Sames? Ms. Sames had a habit of hopping behind the bar of her cliff-top resort in Acapulco, randomly throwing drinks together, and demanding guests rate her experiments. In 1948, via a hasty conspiracy of tequila, triple sec and lime juice, Ms. Sames unwittingly fomented a fresh Mexican Revolution – one that would overthrow the stuffy Yankee Martini and alter the course of drinking history.

The thing is though, by 1948 the Margarita formula had been floating around for a while. Tequila advertisements in the United States were pushing the ‘Tequila Sidecar” from the early 1940s. Think about it. What is a Margarita but a Sidecar made from tequila instead of cognac? Thus, even if the tale of the Acapulco coup is true, Ms. Sames’ revolutionary recipe was more imitative than innovative and the true origins of the Margarita must lie further back in time.

Perhaps then we should tip our hats to Marjorie King, an American showgirl and actress who performed in a Tijuana club during the 1930s? To set the scene, Tijuana had opened the Agua Caliente racetrack and accompanying hotel in 1928, when Prohibition remained in force in America and legal gambling in Las Vegas was still decades in the future. Tijuana was thus a near mythical destination for Americans with time on their hands, money in their pockets, and few plans beyond drinking and gambling it all away. Close proximity to Los Angeles made the town a particular favourite with the Hollywood set. Naturally those seeking their own shot at the big time were not far behind, and 1940s screen legend Rita Hayworth got her break when a Hollywood mogul spotted her as a teenage dancer in Tijuana’s Foreign Club. Incidentally, Rita Hayworth’s real name was Margarita Cansino, and some claim the Margarita was named after her.

But back to Marjorie King. Ms. King suffered a mysterious allergy to all alcohol except tequila, yet her delicate palate left her unable to take tequila straight. Bartender Danny Herrera, madly in love with her, thus developed a tequila cocktail. Nice story but it fails to ring true. Tequila cocktails were well established by the 1930s, so Marjorie would never have faced the dilemma of straight tequila versus sobriety – admittedly a real Scylla and Charybdis given the dubious credentials of prohibition-era booze.

The popular tequila cocktail of the day was the Tequila Daisy. This drink gets regular mention in American newspapers and novels during the 1930s, only to mysteriously vanish in the 1940s. No specific recipe for the Tequila Daisy survives. However, the Daisy formula had been around since the 1870s, and in its basic form comprised spirit, orange liqueur and lemon juice, shaken, served up, and spritzed with a little soda. Sound familiar? It should, because the Daisy was an ancestor of the New Orleans Sour family of cocktails, to which the Margarita belongs. New Orleans Sours are basically Daisies without the fizz. The Sidecar is the oldest member, dating back to the First World War, while the best known members today are the Margarita and Cosmopolitan.

So what happened back in the 1930s if you found yourself in a dusty Mexican border town and thirsty for a Tequila Daisy? Well probably you would have located a man holding a cocktail shaker, fumbled with your Spanish dictionary, and requested “Una margarita, por favor.” Margarita is Spanish for daisy you see.

The moral of the story? Never allow yourself to be distracted by a woman – especially one called Margarita.

A skip through time with the drink they called Margarita

1930sNewspapers and novels suggest the Tequila Daisy was the popular tequila drink of the decade, though drinkers interviewed long after the fact also recall the Margarita. The Spanish for daisy is “margarita”, so perhaps the popular Tequila Daisy of the 1930s was the Margarita. Certainly, the Margarita’s relative the Sidecar was popular during the 1920s, and Americans furtively crossing into Mexico for a drink might have thought to combine tequila, triple sec and lime in similar proportions. Also worth considering – how many gringo tourists know how to say Sidecar in Spanish?

1937Far from sunny Mexico, a recipe combining tequila, triple sec and lime juice in identical proportions to the Sidecar appears in the British Café Royal Cocktail Book. The drink is called a Picador, and is essentially a Margarita served up and without the trademark salted rim.

1944The Tequila Sidecar is featured in an advertising campaign promoting tequila in the United States. Interestingly, the same campaign fails to mention the Tequila Daisy – popular just a few years previously. Did the name Tequila Sidecar get substituted for Tequila Daisy? At any rate, while nobody can agree what to call the drink, the formula for the Margarita is already out there.

1953The December issue of Esquire Magazine publishes the first truly modern Margarita recipe – complete with modern name and trademark salted rim. The blurb runs: “She’s from Mexico, Senores, and her name is the Margarita Cocktail – and she is lovely to look at, exciting and provocative”. The drink is shaken and served up. The origins of the salted rim are unclear, but it may derive from the American custom of serving straight tequila with a lime wedge and salt. This American habit in turn probably originates from the Mexican practice of serving tequila with sangrita – a sweet, sour and spicy concoction made from juices, chillies, salt, and sweeteners such as grenadine or sugar.

1980s-2000sFollowing the Flavoured Martini trend, bartenders start getting creative with the Margarita. Strawberry, Melon, Mango, Raspberry and numerous other Margarita variants become standards in their own right. Some are quality drinks based on fresh ingredients. Most are luridly coloured and thoroughly artificial concoctions. When in doubt, responsible drinkers can protect themselves and the environment by sticking with the classic original formula.

This article was originally published in issue 08 of DRiNK Magazine.