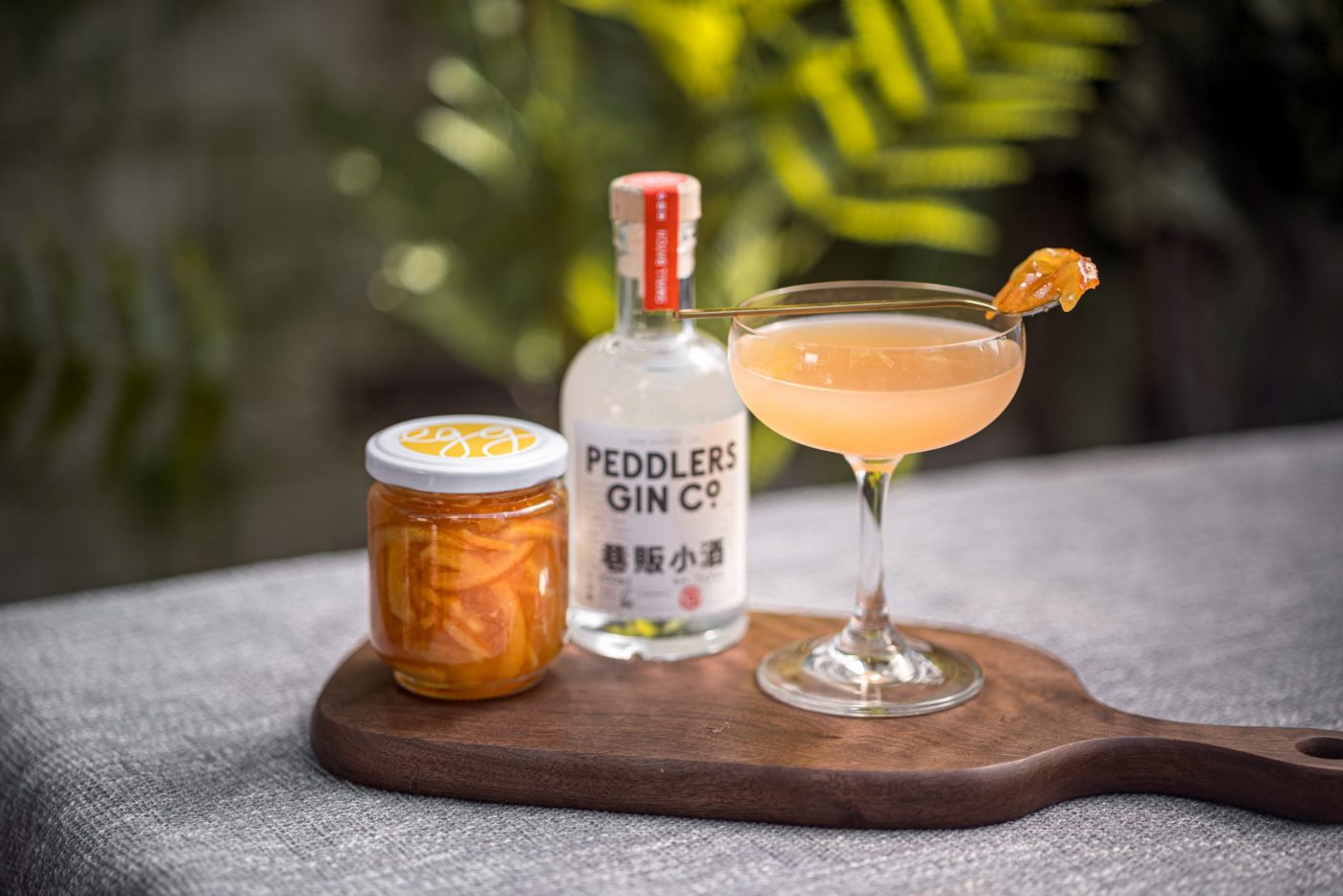 At Egg – a hip all-day breakfast cafe in Shanghai that quietly incorporates local bits into its trendy Western food and bev – head chef and creative director Jamie Pea uses Peddlers Gin to add a little “extra extra” to her seasonal marmalade. Here she shares how she developed a product that not only features on the menu, but also lets guests take home a bit of Shanghai and Egg in a jar.

“People come to Egg looking for familiar Western food, so sometimes it can be hard to feature local and seasonal produce. So when it comes using and introducing local ingredients to guests, fruit is definitely a great entry point. We have all these farmers trying to do wonderful things, and using local, seasonal stuff puts the region and the restaurant in a jar. Doing so is also perfect for people who are visiting Shanghai: it’s local fruit captured in a jar, with a little bit of that Egg spirit of adding interesting local Chinese touches. Peddlers Gin truly does just add really good flavour to this, and celebrates “Made in Shanghai”, too.

The team at Goma Greens introduced to us to the orange farmer, Mr. Han. He studied at Beijing University of Agriculture and specialises in organic farming, and even invites the current students from the program to teach.

This recipe really depends on the fruit. We chose these thin-skinned navel oranges from Jiangxi specially – they’re local, they’re organic; grown in the mountainous region of where it’s sunny and cool, but not too cold. Orange skin is naturally so high in pectin that it normally kind of turns into jam itself – however, I was surprised by the low pectin content of these. They wouldn’t gel up their own, so I experimented with different amounts of natural fruit pectin until I got the consistency I like, which is a looser-set jam that can be spooned over pancakes with a syrupy consistency and, of course, stirred up in a cocktail without lumping!

When I make desserts, I love adding alcohol; it’s something interesting that really gives a kick.

I started off my career doing pastry, and I love doing boozy stuff. While doing pastry at the Peninsula, I was making vanilla layer cakes and learned that they brushed each layer with kirsch – I realised that this is what really makes it delicious.

As I made the marmalade, I felt it needed a little extra extra – like alcohol! It was too PG as it was. I also asked myself how to really make it more Shanghai: I added osmanthus, and I tried it with goji berry, too. Then I remembered, “Oh, you know who else uses Chinese botanicals? Peddlers.” It was the perfect fit. At Egg, we’re such a community space, and it’s always nice to rope our friends into stuff that we do and things that we serve. The marmalade is very on brand for us; in flavour, colour and feeling – it’s like sunshine in a jar.

I also think people get a kick out of the idea of a “spreadable cocktail.” Marmalade on toast, yes that works – but this gives the feeling of having a Mimosa for breakfast, but obviously with a very low percentage of alcohol. It just gives that feeling of being a teeny bit more luxurious in the morning.”