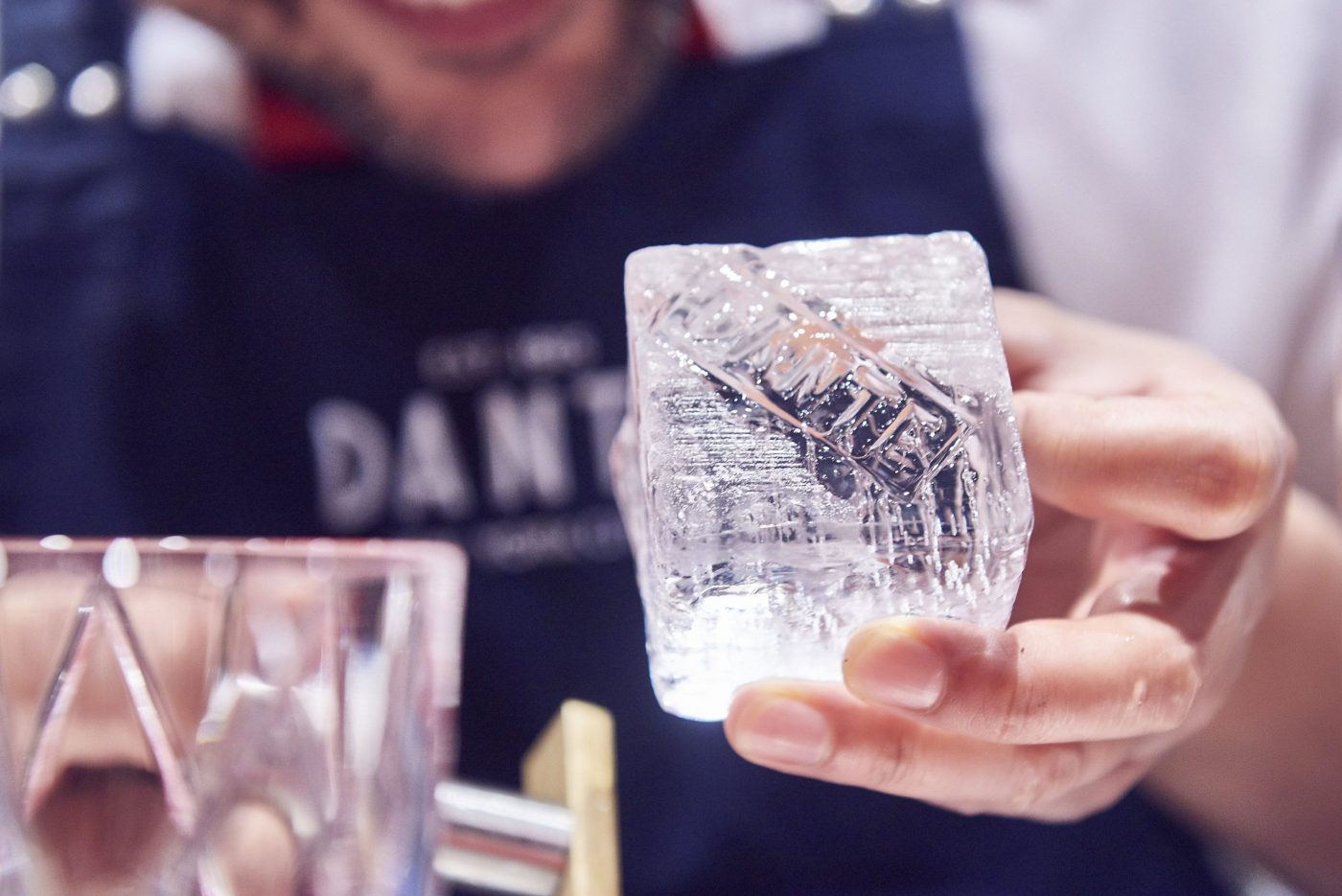 Clean drinks are a dominant force right now… make sure you’ve got ice that earns the right to cool your cocktail. By Adam Devermann.

We’re revisiting a skill that all bartenders should strive to master – or at the least, understand: making clear ice.

The most common ingredient in a mixed drink is also the most overlooked. Creating perfectly clear ice, the holy grail for the professional bartender, has inspired debate and speculation in cocktail circles worldwide. The concept of clear ice seems simple, but in practice it is not as easy to obtain. There are several main reasons why achieving perfectly clear ice is difficult. The first obstacle to clear ice is dissolved gasses and minerals within the water itself. Water dissolves particles easily but as water freezes, those particles are pushed out but sometimes end up trapped in the ice. When trapped, they reflect or redirect light. The result? Bubbles and cloudiness.

Another factor is the crystalline structure of ice. Generally, the faster the ice freezes the smaller the crystals, which diffract light and cause cloudiness. If you have ever left a soda can in a freezer too long, you’ll know from experience that ice expands. This is the other third difficulty in creating clear ice. Ice forms from the outside in; when that last bit of water freezes, surrounded by ice, it will expand causing cracks in the rest of the ice.

There are a number of espoused methods of making clear ice among bartenders, many of which I have tried – most fail to achieve clarity. Some of those methods include boiling water, filtering, or only using distilled water. While they sound like practical ideas, they only address some of the issues and don’t solve the main problem of crystal formation. Two methods that have been tested and do work are directional freezing and high-temperature freezing.  Before we explain each method we have to mention that much of the groundwork for understanding how to make flawless ice has been done by Camper English and published on his blog at alcademics.com, and Kevin Liu, whose book, Craft Cocktails at Home, explains his experiments and conclusions in great detail.

The first method, directional freezing was pioneered by English. It can be done at home with simple equipment and some patience. Essentially, this method moves all of the gasses, which cause much of the cloudiness, to one small area leaving the majority of the ice clear. English uses an insulated cooler containing inexpensive plastic containers filled with water with the top removed.  Placed in a freezer the ice freezes from the top down (the cold reaching the insulated bottom last) leaving the gases trapped at the bottom. The resulting cloudiness is confined to a small sliver at the bottom, which could easily be melted or cut off leaving you with beautiful clear ice.

High-temperature freezing, the second method, sounds counter-intuitive, which is maybe why it hasn’t been adopted more widely. The key to making ice with this method is temperature control. Simply put, you freeze the water just below its freezing temperature. This method works for a several reasons, as Kevin Liu explains: “Because freezing occurs so slowly, minerals and gases are forced to the outsides of the cubes rather than getting trapped inside. Slow freezing also results in larger ice crystals that don’t distort light. And finally, expansion happens slowly enough that cracking is avoided.” This method takes longer to create ice, but the results are worth it.

This article was first published in Issue 32 of DRiNK Magazine.