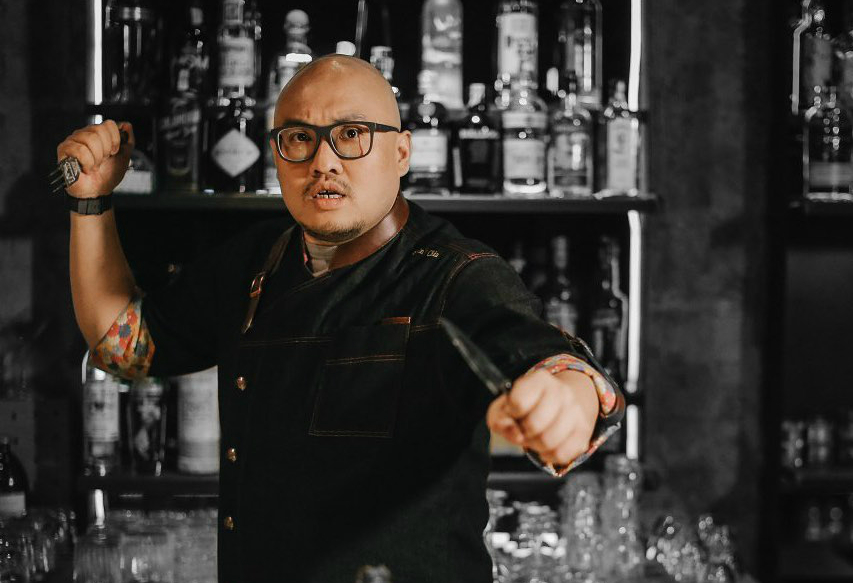 Find out who’s on shift where this month.

World Class Tanqueray Shifts in Hong Kong
Tanqueray No.10, Tanqueray Rangpur and Tanqueray Malacca will be hosting a series of guest shifts in which one World Class guest bartender will appear at hotels and bars, working with one local bartender to create six cocktails using the gins. Schedule below:

Nico De Soto (Mace, New York City) at The Other Room (Singapore)
Bartending legend Nico De Soto heads to Singapore for a night serving Monkey 47 gin and Havana Club rum cocktails for this shift that goes to the early hours.
When: November 11, 11pm–3am

Maxim Schulte (American Bar, London) at Stockton (Hong Kong) and Vida Rica Bar (Macau)
Having left Asia to take on the esteemed role as head bartender at the American Bar in The Savoy Hotel – one of the oldest cocktail bars in London – the prodigal son Maxim Schulte returns to Macau (where he last worked) with a stop off in Hong Kong. Catch him for one night at Stockton and three in Macau serving drinks from American Bar’s The Songbook menu.
When: Stockton: November 12, 8-11pm
Vida Rica Bar: November 14-16, 9pm-late

Macarena Rotger (The Other Roof, Singapore ) and Patricia (28 Hong Kong Street, Singapore) at Uno Mas (Mumbai)
This girl power shift sees two of Singapore’s finest head to Uno Mas – a Spanish bar and restaurant owned and operated by two women in Mumbai.
When: November 15 and 16, 8pm-late

Ryan Chetiyawardana aka “Mr. Lyan” at Jigger & Pony (Singapore)
Mr Lyan himself Ryan Chetiyawardana, the brains behind award-winning bars including Dandelyan (the world’s best bar in the 2018 World’s 50 Best Bars list), Super Lyan and Lyaness brings some of his fierce cocktails to Singapore.
When: November 20, 8pm-midnight

Jesse Estes (Ocho Tequila) at The Back Room (Manila)
Co-founder of Ocho tequila will be slinging plenty of agave after a masterclass from 2.30-3.30pm at The Back Room in Manila’s Shangri-La.
When: November 23, 8pm-midnight

Andrew Ho and Bastien Ciocca (Hope & Sesame, Guangzhou) at Gibson (Singapore)
Guangzhou’s first bar to make Asia’s 50 Best Bars – clocking in at 35 this year – will be showing off some of their cocktails from their current menu.
When: November 29, 8pm-midnight

Jesse Vida (Atlas, Singapore) at The Sea (Hong Kong)
Jesse Vida, head bartender of world-renowned gin haven Atlas, will be bringing some of the bar’s classics such as the Atlas Martini to The Sea – sister bar of The Old Man.
When: November 30, 7-10pm